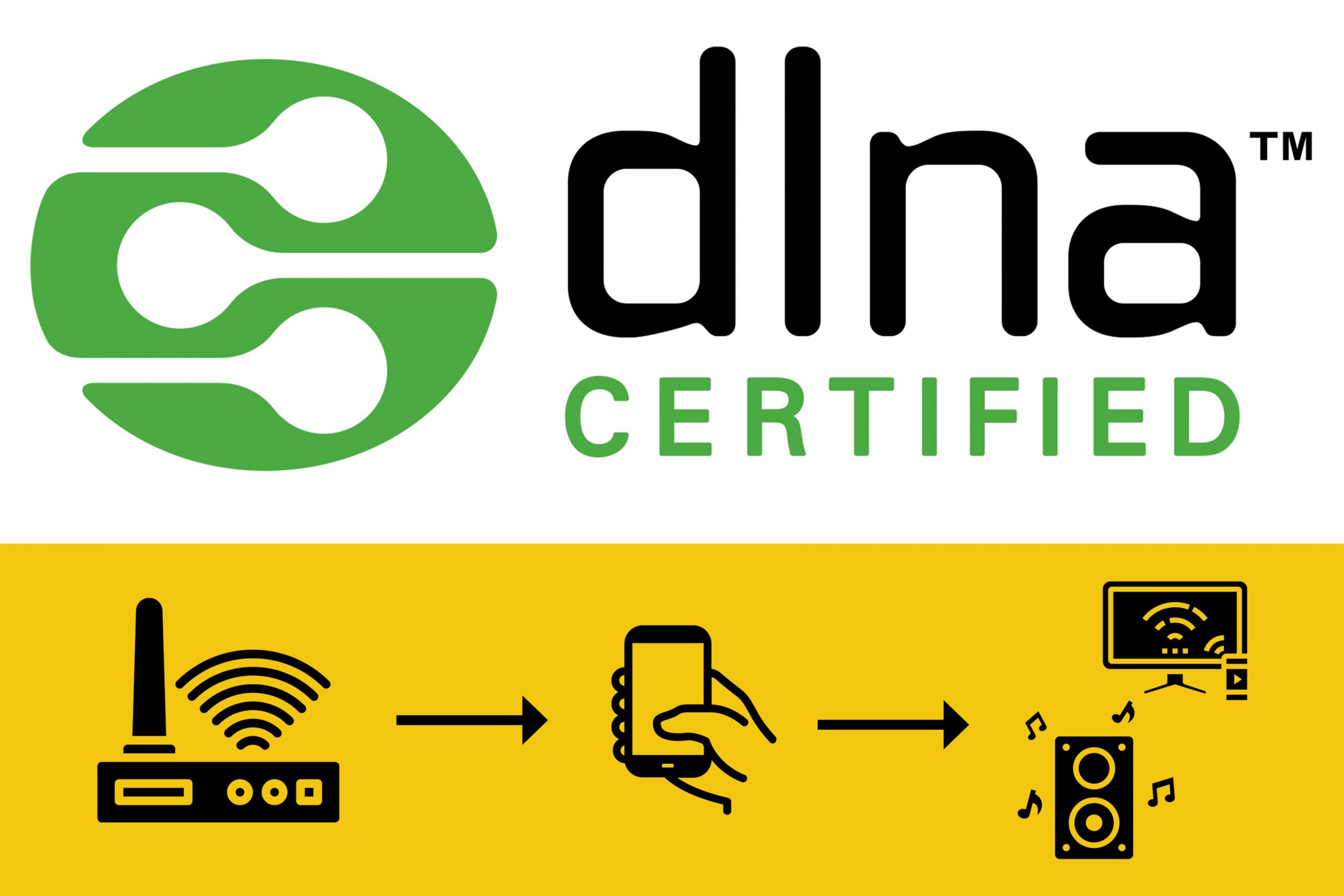 12. January 2021
We touched on this topic in the earlier post 'How Do We Actually Listen To Music?'  with an overview of the functions and potential applications of DLNA, however, it continues to be a lengthy theme! So read on for some the nitty-gritty of our thoughts on the subject.

What’s It All About?

The Digital Living Network Alliance, abbreviated DLNA, is an association of almost 250 manufacturers from the entertainment, telecommunications and electrical technology industries founded in 2003. Together they developed the company-independent standard of the same name, enabling multimedia devices to communicate with each other. In short: DLNA allows a device to access or transfer media such as pictures, videos or music from another device within a network. The DLNA transmission standard can be compared with Apple’s AirPlay.

How Does It Work?

DLNA issues certificates and divides the respective devices into different classes at the same time. In most cases, the multimedia content is tapped from a local server during a DLNA transmission. The computer classified as a “media server” (DMS) – possibly also a NAS system – provides these in the network. Alternatively, this role can also be taken over by a smartphone, which then serves as a Mobile Digital Media Server (M-DMS). Furthermore, stationary and mobile players (DMP/M-DMP) are differentiated from so-called renderers (DMR/M-DMR). The player differs from the renderer because it can independently find content on media servers and load it from there.
On the other hand, the renderer is always dependent on a media controller (DMC) and only outputs the media content. A TV set thus accesses and plays back range from NAS servers (DMS) directly as a DMP, while playback as a DMR only occurs as soon as the device receives the command from a controller to playback content from a network drive. These roles can be flexibly selected, and devices such as smartphones, computers, tablets, NAS storage or TVs can be assigned to different classes.

How To Go About Setting Up DLNA?

To fully exploit the possibilities of DLNA, you need at least two DLNA-certified devices. The first requirement is a device that can function as a server, for example, a PC connected to a WLAN router. Another device is also needed to access the server and playback the content, or a third device that takes over the latter role. Depending on the project, there is a whole range of devices in our country – to choose from, such as TV sets and AV-Receivers. According to the Digital Living Network Alliance, about four billion devices already support the networking standard. The official DLNA logo can usually recognise the DLNA compatibility of a device. This can be found either in the manual or directly on the device.

In Windows 10, a DLNA-based home system can be used without significant configuration effort using the pre-installed media streaming options. This allows all devices within the own network to access all media files of the media library. Alternatively and more convenient are programmes like Kodi (XBMC) or Plex. They often offer a more appealing user interface and a variety of useful additional functions that go beyond those of the Windows Media Player. These programmes can also be downloaded free of charge for Apple devices and, since they are open source, offer a variety of plug-ins for implementation. The Californian manufacturer’s competing AirPlay format relies on the company’s own ecosystem and is primarily designed for Apple devices. However, in addition to the software mentioned above, solutions such as the “Twonky Media Server” simulate DLNA functions on Macs.

On almost all newer TV sets, you should be able to find the sub-item “Devices” in the settings menu. Here, all DLNA-capable devices in their immediate vicinity are listed. Beforehand, however, you should have permitted for a DLNA transmission in your TV menu under the item “Connection settings”.

What Are The Possible Applications?

Instead of the aforementioned PC-bound server, a network storage device (NAS) can be set up thanks to DLNA. Depending on the amount of storage space required, either a USB stick or an external hard drive is connected to the network router. Films, music and photos can then be stored on the server. Provided you have a DLNA-compatible television; you can access the media library stored on the NAS server directly from it and watch it on the television. The same would also work with a PC instead of a NAS. With the help of a programme such as the PS3 Media Server, folders can be shared on the PC, which can then be read directly from a DLNA-capable device.

If the television is not DLNA-capable, some receivers or DVD/Blu-Ray players also have the option of playing back the shared files via the television. Likewise, more and more hi-fi amplifiers now have a LAN-Ethernet connection or even a wireless solution, which offer the same possibilities for cable-based or wireless integration into the home network. In the case of high-resolution audio data, however, the tendency should be more towards the wired variant. Either way, the possibilities are almost endless.

Thanks to the manifold possibilities of use and the practicability of DLNA, every home system, be it a hi-fi system or a home cinema, can be upgraded. So if you want to buy future-proof, look out for the DLNA logo. We also have many DLNA-capable devices in our range and will be happy to answer any questions you may have in this regard.

We Bid You Adieu, Dear Norbert