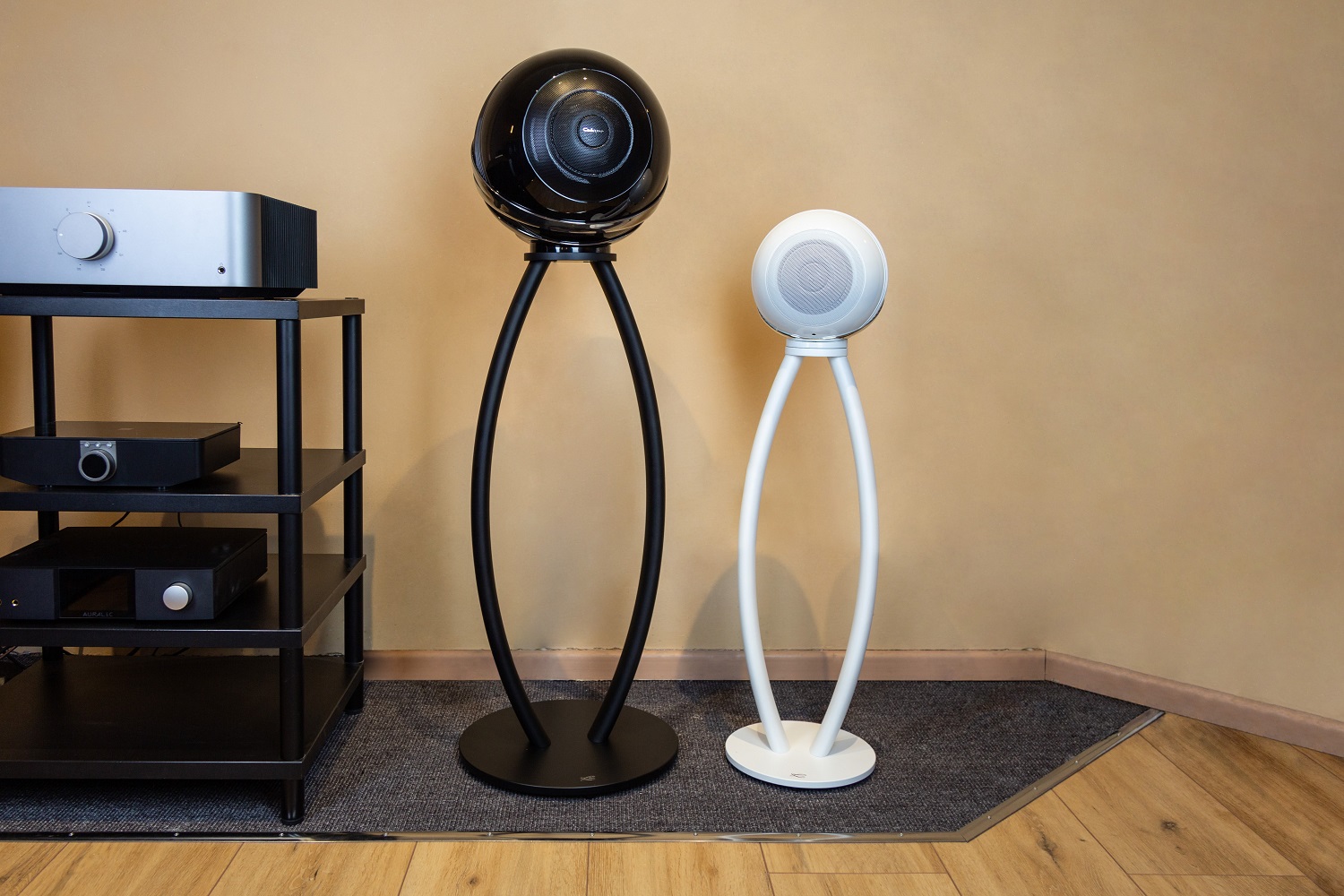 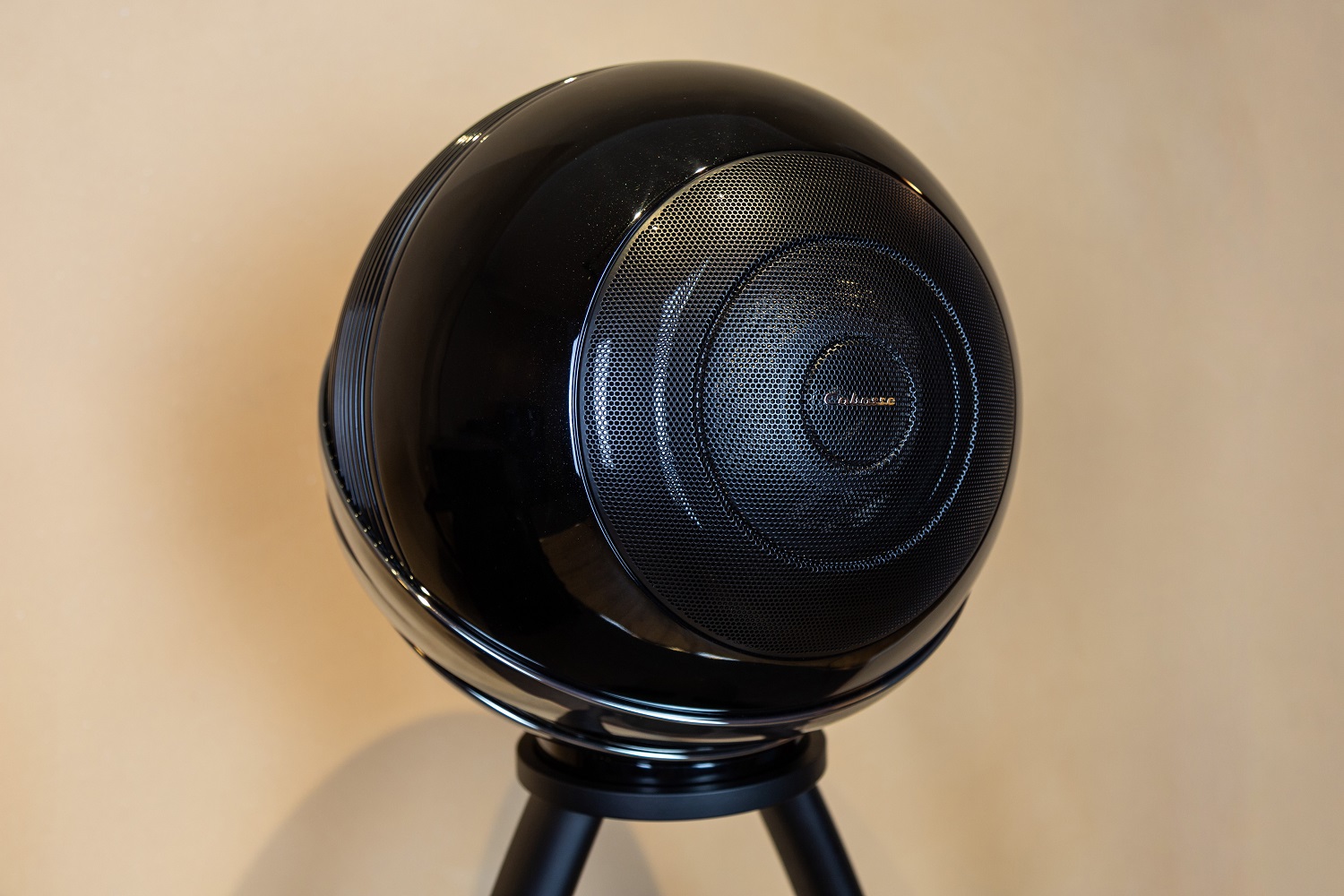 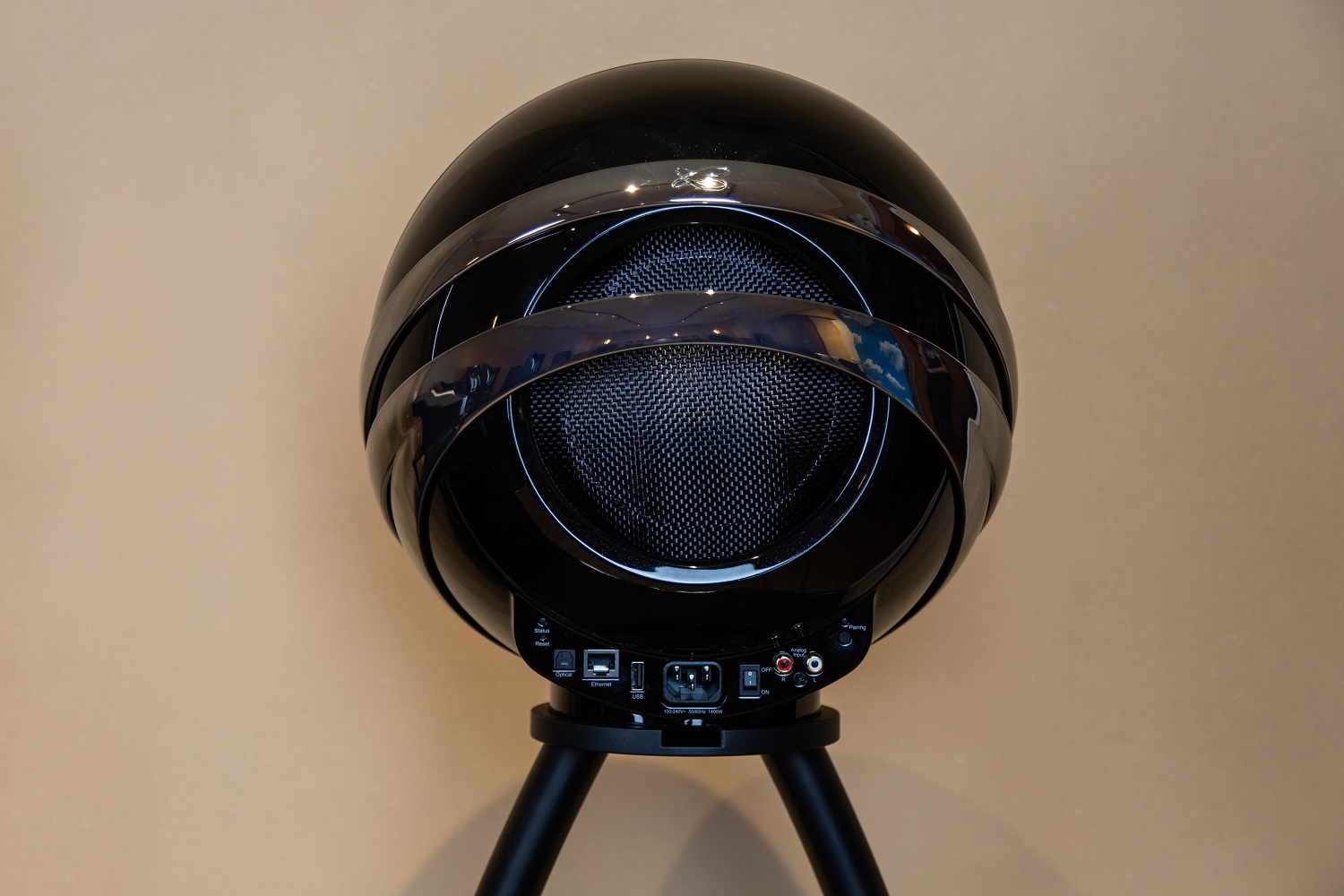 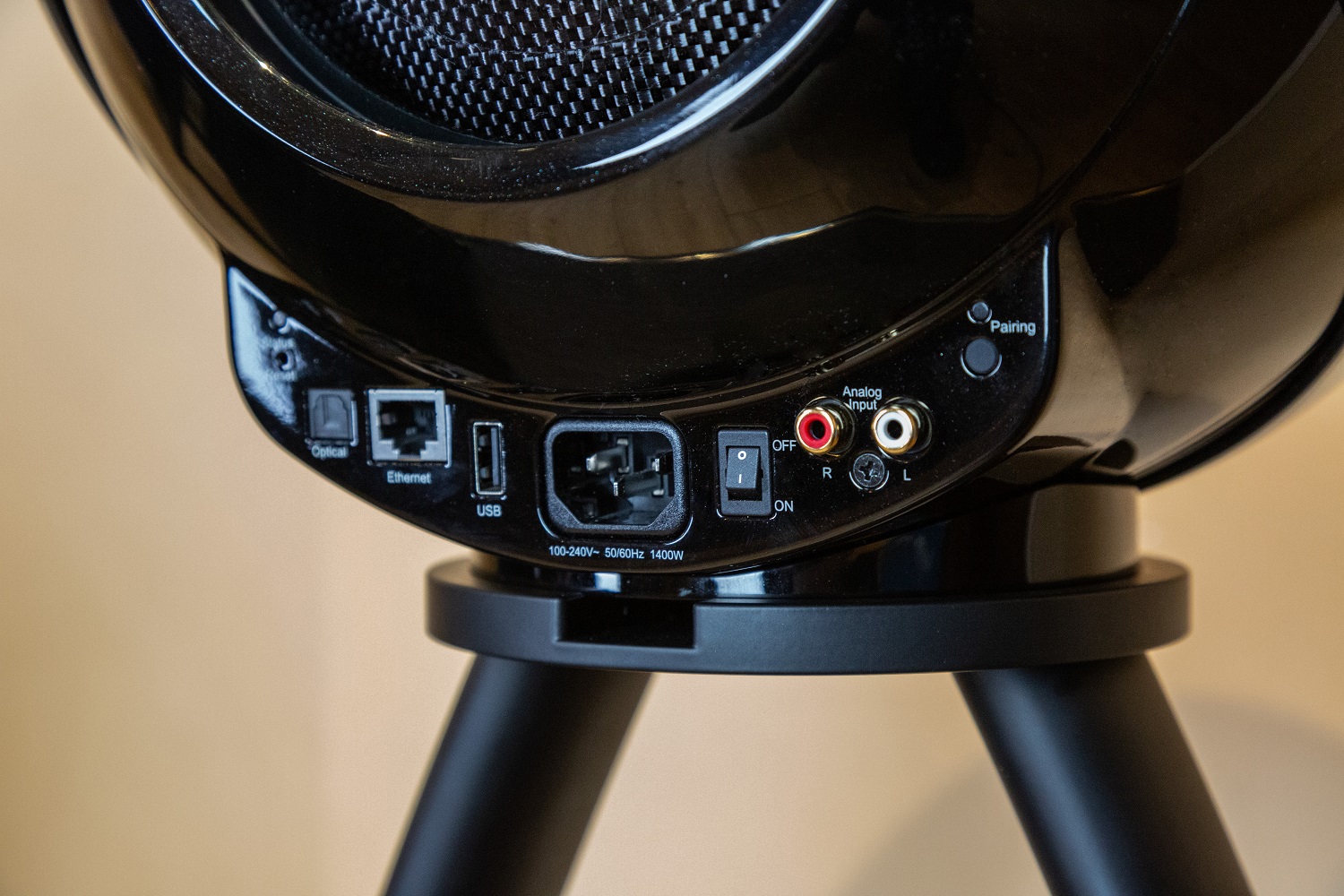 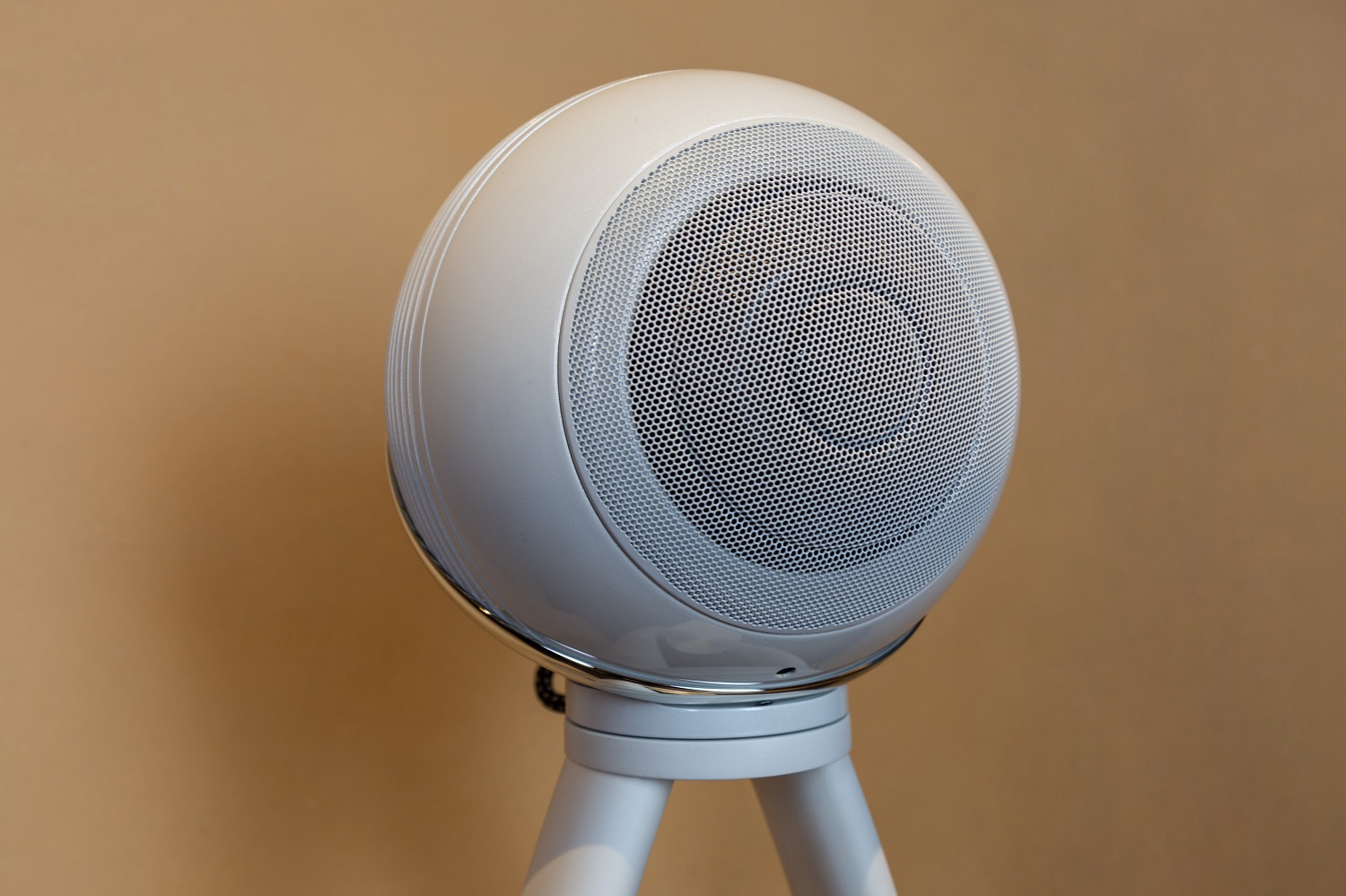 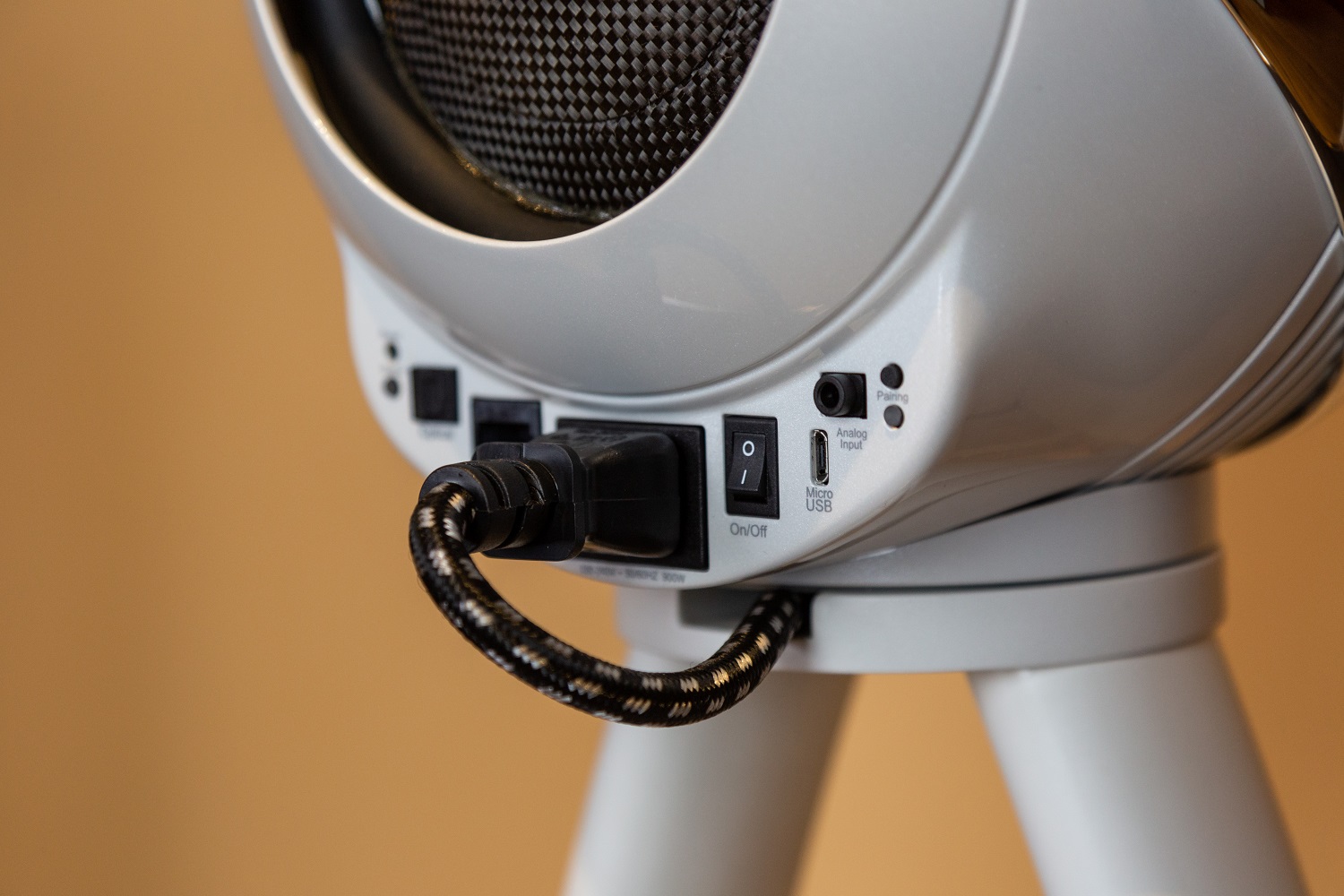 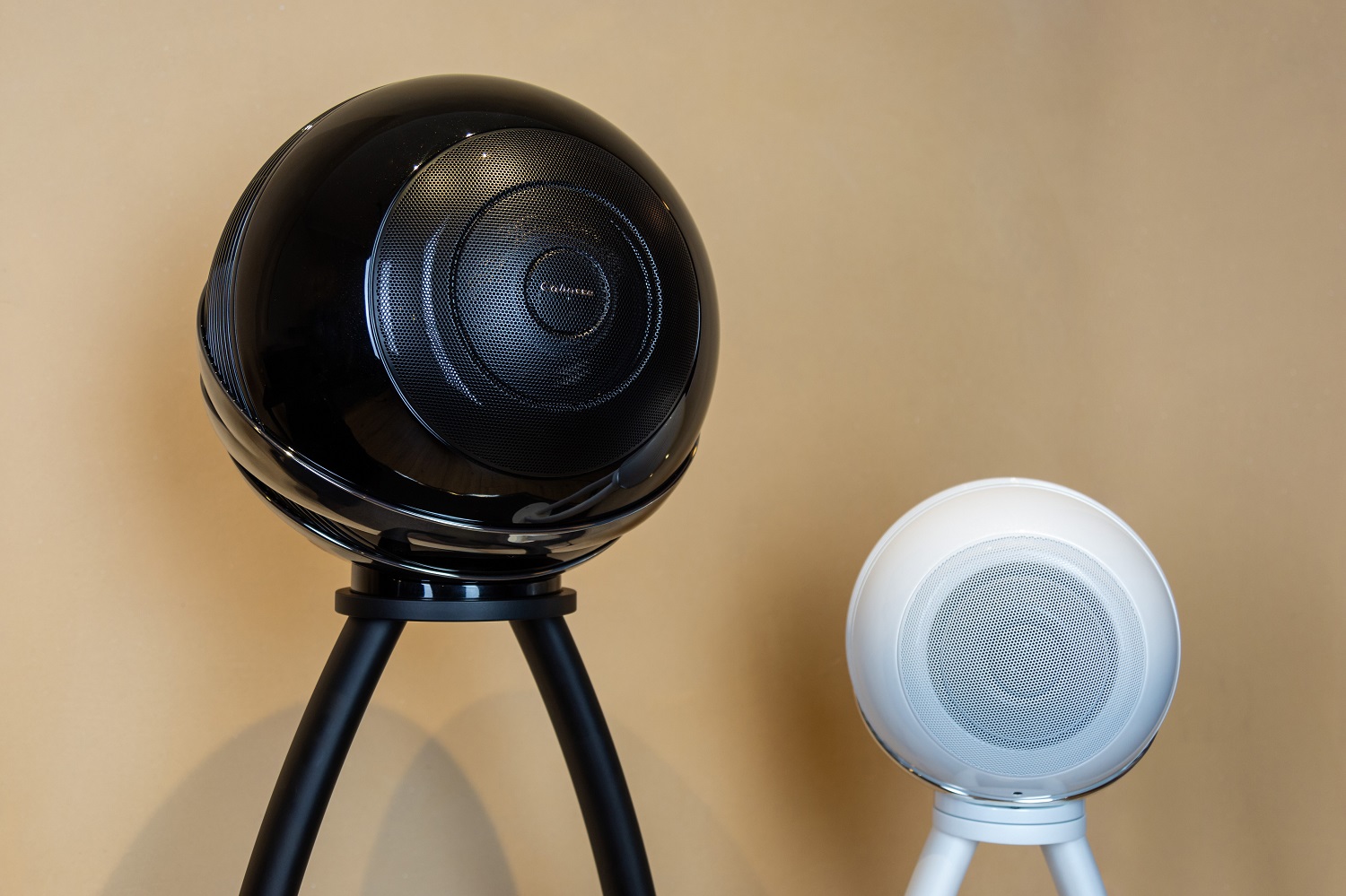 12. March 2020
The new lifestyle series from Cabasse will stir up your living room! With the two loudspeakers The Pearl and The Pearl Akoya, the French hi-fi super star has employed a sophisticated system: speakers with integrated streaming options — which are hot in demand. We check out the two models, and their appealing features.

The French audio brand was founded in 1950 by Georges Cabasse, and is one of the oldest loudspeaker companies in France. Two years after being established, the first two-way coaxial loudspeaker for a Paris cinema was launched — Cabasse is one for the history books. They became known primarily for speaker systems but have also produced loudspeakers for the audio industry.

The new Cabasse speakers are the product of three years’ development. These are active, high-definition models that produce sharp acoustics incased in the state-of-the-art design. The loudspeaker is primarily designed as a mono-system, but can naturally also be set up as a duo. Combined with a smartphone, tablet or as a user interface, these speakers offer a fully-fledged High-Res system that not only excels without a subwoofer but in principle requires no other components to reproduce the music.

The fact that The Pearl is an enormously striking loudspeaker can be seen at first glance. There is not much more to comment on. But what is the reason for that? The speaker’s diaphragm is made of a combination of carbon fibre and glass fibre, while the sound diffuser and dome are made of aluminium. The eye-catching, reinforced double housing shell is made of composite fibre, and the mounting rings are finally made of pure chromium. Surfaces and metal grilles are available in black and white, making them easy to stylishly match any living area. 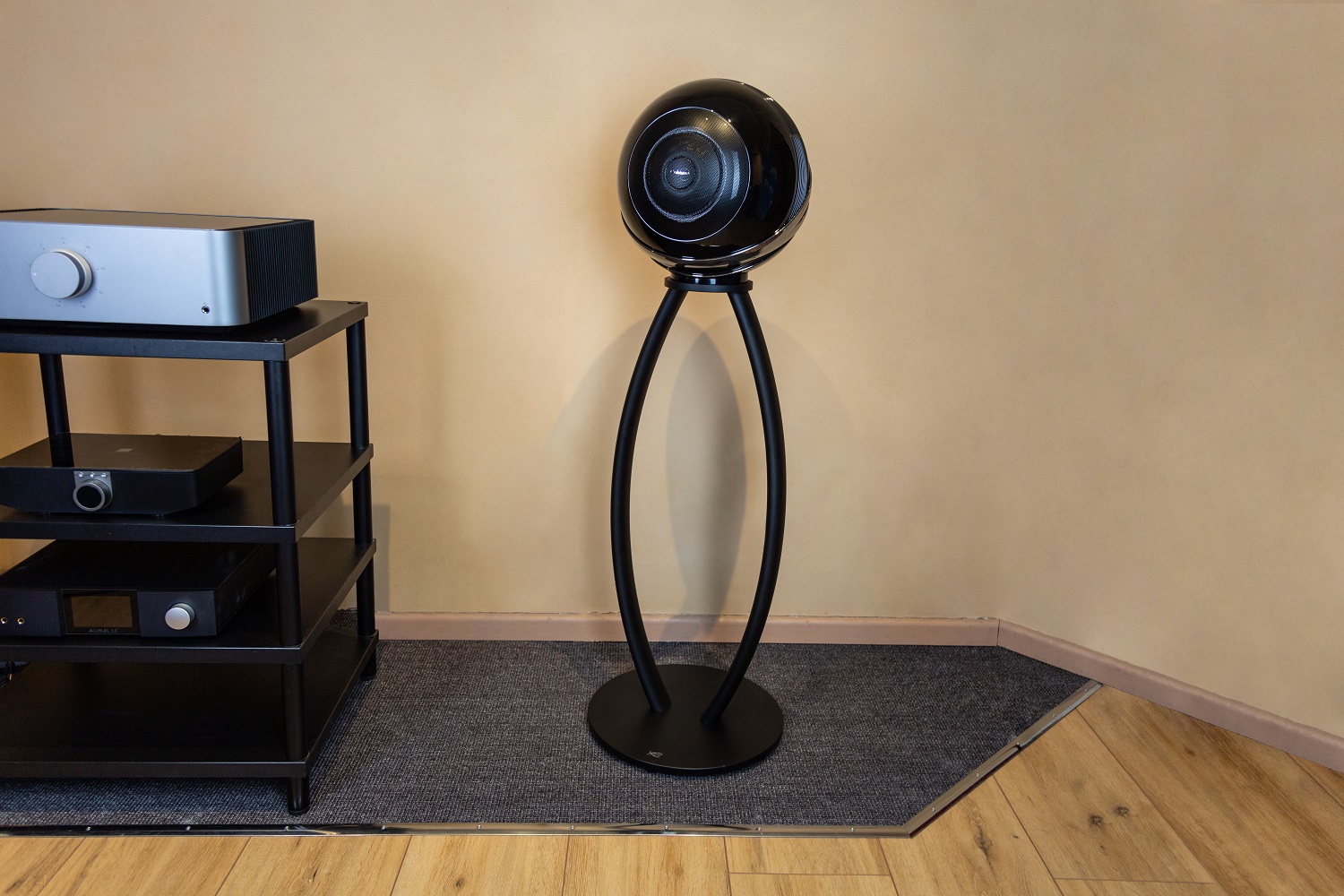 The bass driver radiating to the rear creates rich bass, but it doesn’t stop there. A distinctive feature of The Pearl is the Tri-Coax — its three-axis configuration of bass, midrange and high-frequency drivers made of carbon and neodymium. This amplifies the sound, and at the same time, the speaker delivers impressive 360-degree radiation. An integrated microphone is also the basis for the fully automatic calibration of The Pearl’s sound, giving it that indescribably good sound. The acoustics of the respective room is measured, and the speaker is ideally aligned to the reproduction. The frequency of the bass is also adjusted, making the use of a subwoofer unnecessary.

The Pearl’s multi-room capabilities are, of course, extremely exciting. The speaker can be easily integrated into Cabasse’s own StreamCONTROL system, which provides access to all streaming services and web radio. Either different music or the same titles are played in different rooms. Remarkable is the pairing of the speakers, which is in the finest stereo. Even the sound from TV and turntable is played, the latter requiring a phono preamplifier.

By the way, you can access playback either via the Bluetooth connection or audio input in several rooms. From MP3 to High Res, all audio formats are represented — regardless of whether they come from the home network or from streaming providers. The Pearl is controlled with a very nice remote control that can be used intuitively; for example, the volume is controlled by turning the ring. 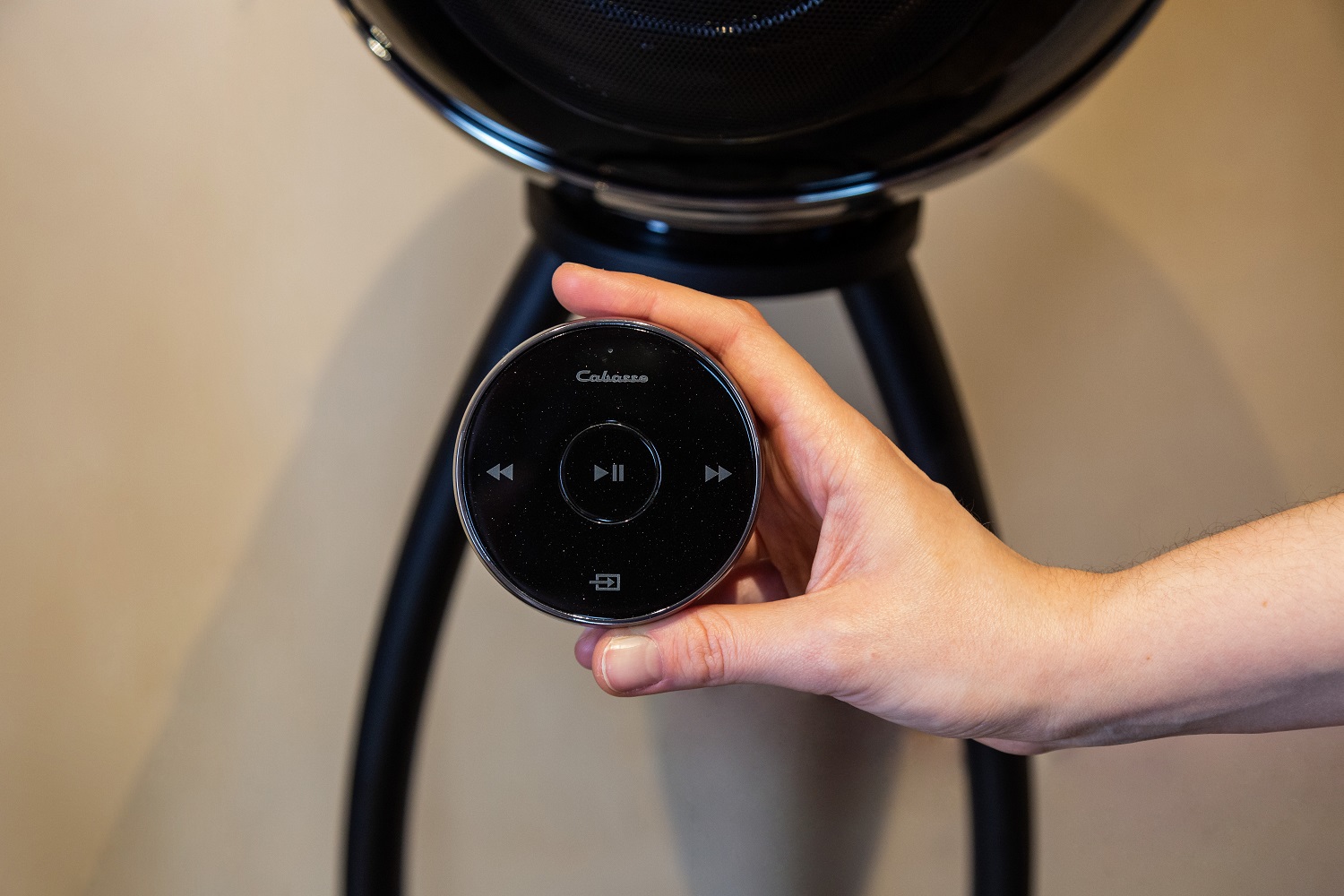 Finally, it’s worth mentioning that the The Pearl has a rear USB port which can also be used to play music. You also have a stereo RCA and a digital-optical input.

The Pearl Akoya is slightly more compact but has the same sound quality as the larger model. This loudspeaker can also be enjoyed stand-alone while being just as satisfying  as a duo in the stereo version and of course, forms the ideal basis for multi-room needs.

Like the large model, The Pearl Akoya offers the Google Assistant, Amazon Alexa, Tidal, Qobuz, Spotify, Deezer, Napster, and internet.. All you need to do is calibrate the speaker and you’re ready to go — be it via WLAN, Bluetooth, MP3 or high-resolution files in WAV, AIFF, ALAC and FLAC. 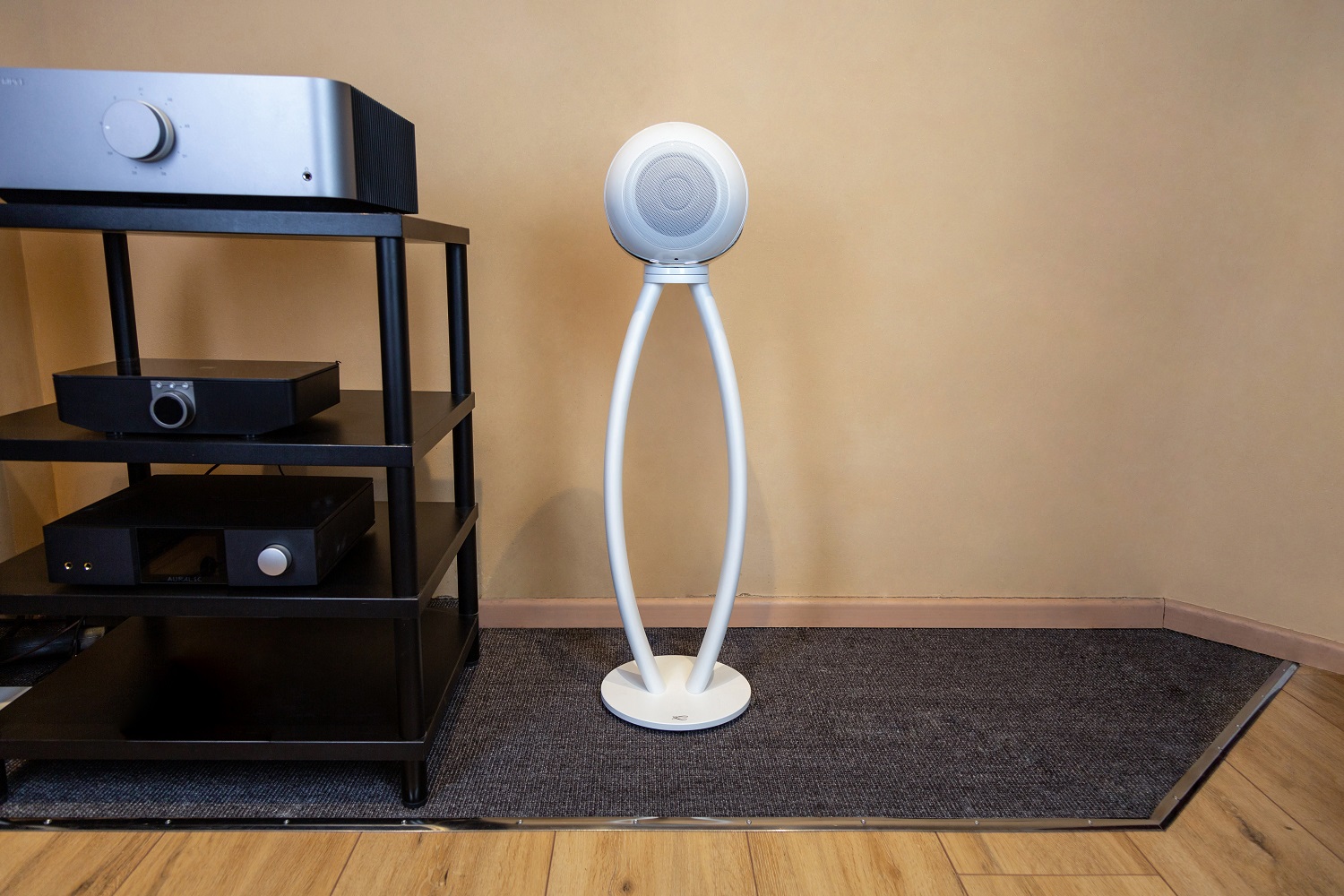 The combination of tri-axial system and active wireless concept, combined in a remarkable design, forms a harmonious structure; this allows the pure sound aura to permeate any room.