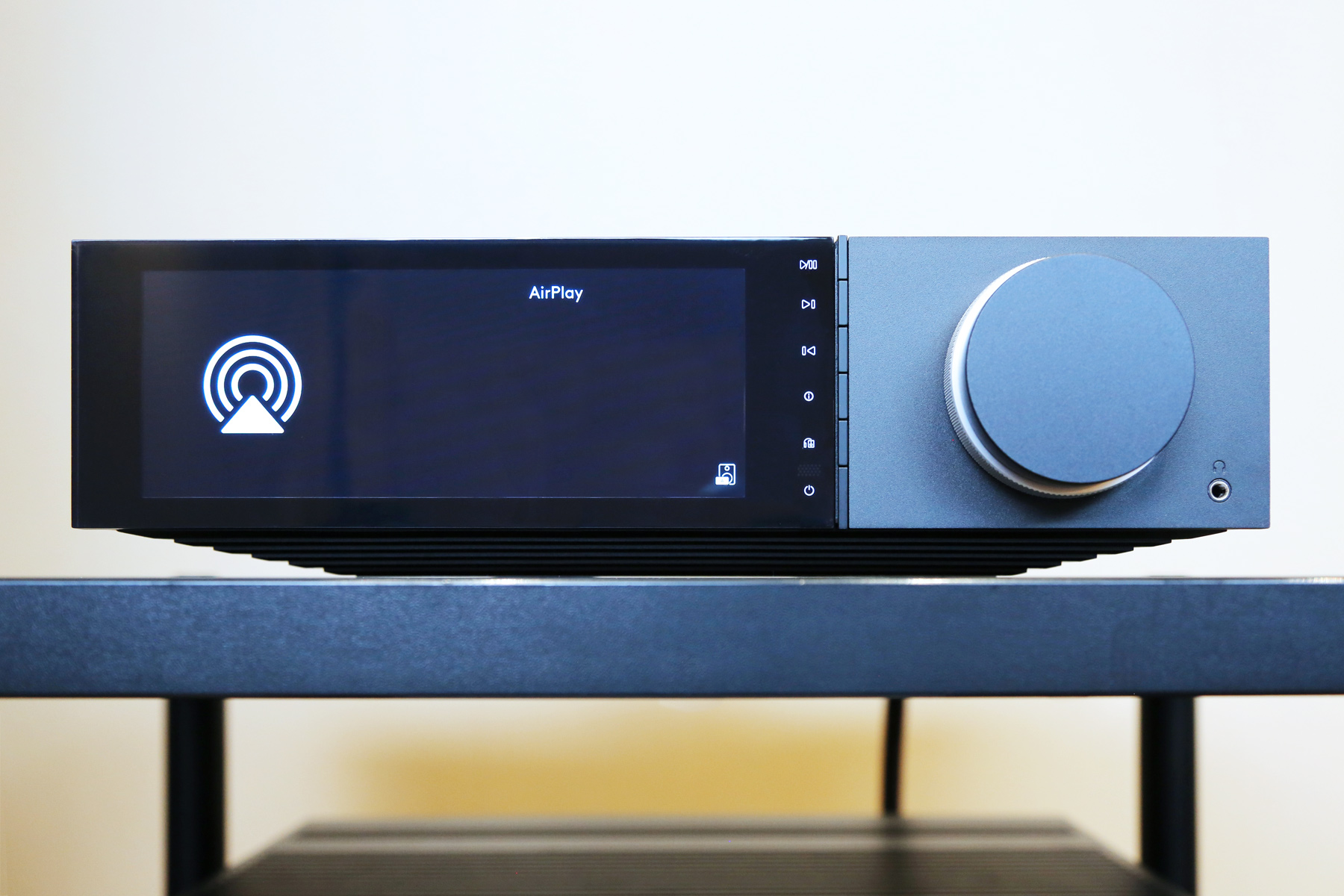 15. April 2021
The EVO 75 and EVO 150 combine the entire expertise of the British manufacturer Cambridge Audio, gathered within more than fifty years of company history, in a compact all-in-one amplifier series.

In keeping with its name, the EVO 75 delivers 75 watts into 8 ohms, while the EVO 150, at eight ohms, doubles the output at 150 watts. Both units owe not only their efficiency and compact form factor to the Hypex NCore Class-D amplification, but can hardly be surpassed in terms of clarity and resolution due to theirs. The built-in ESS Sabre ES9018K2M digital-to-analog converter in the EVO 150 and ES9016K2M in the EVO 75, both operate at a maximum resolution of 32 bits/384 kHz. Furthermore, they are optimized for a wide range of speakers and, last but not least, are designed to play two pairs of speakers.

The manufacturer has always made it their mission to bring music to life, just as the composers and musicians originally intended. Their goal is to keep the barrier between the listener and the music as small as possible, without adding or omitting anything. Their authentic, unadulterated “Great British Sound” has characterized the British soundsmiths from the very beginning. In the past, they have proven their pioneering spirit again and again and, in addition to improving the sound as best as possible and enhancing the listening experience, they pay additional attention to the comfort and the user-friendliness of their hi-fi systems. This is particularly evident in the new devices of the EVO family, which are as easy to use as they sound. 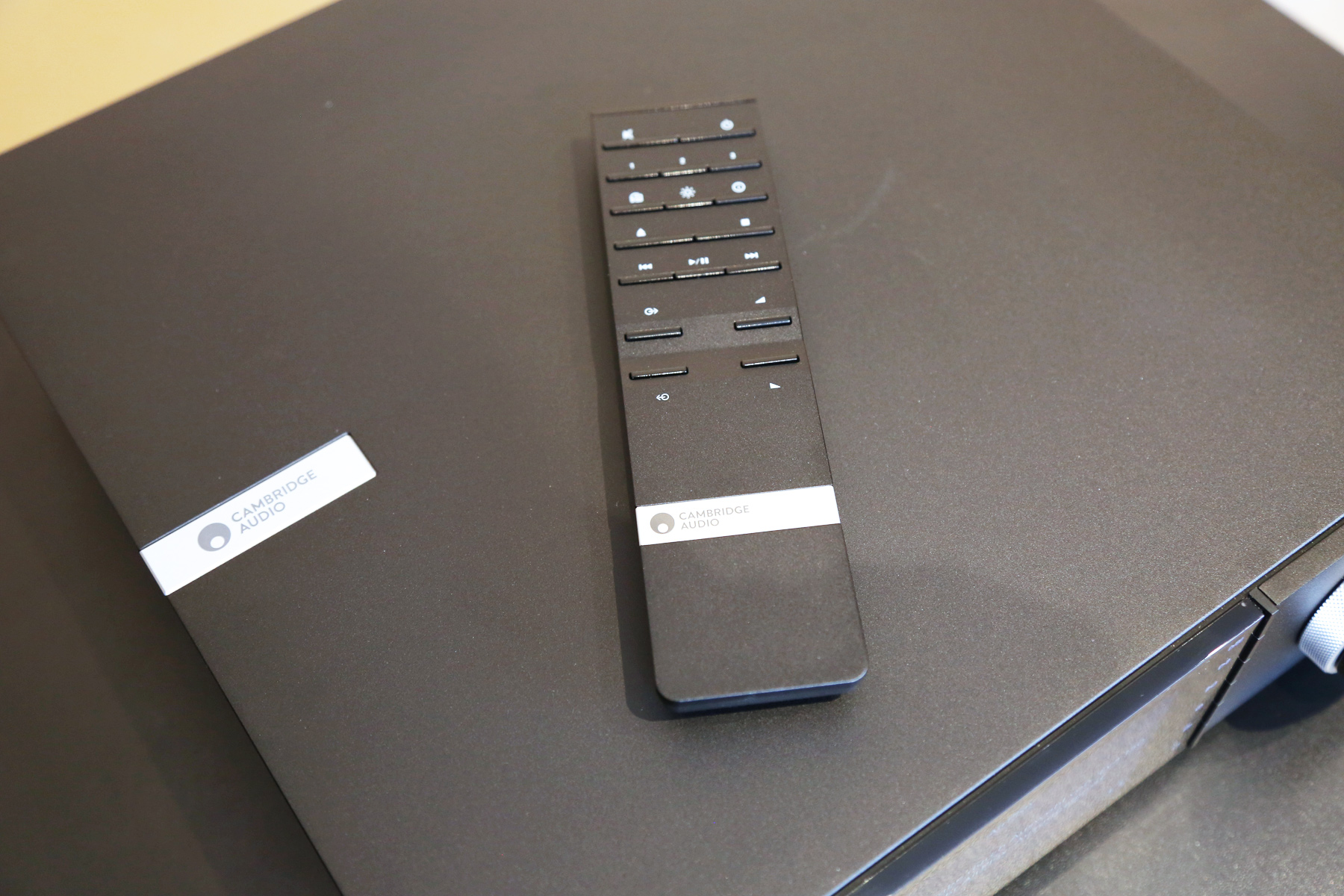 EVO can be operated intuitively and easily directly via the controls and the large display, as well as by means of a remote control. As an extra, Cambridge Audio alternatively offer their own elegant app to control the music tracks. The StreamMagic app allows you to control the entire EVO system with your smartphone, tablet or other device. It allows effortless access to all popular music streaming services. The two integrated amplifiers can also be controlled via the app of the respective streaming service.

The EVO amplifiers allow high-resolution streaming via bidirectional aptX HD Bluetooth. In addition, the all-in-one players are certified as Roon Ready and support Hi-Res services such as TIDAL including MQA as well as TIDAL Connect. They are also Spotify Connect, Google Chromecast as well as Airplay 2 compatible.

The Bluetooth function not only enables a quick connection with the smartphone, but also allows using Bluetooth headphones for solo listening pleasure. Quite classically, the EVO amplifiers also have a 3.5 mm output with its own preamp. In addition, only the EVO 150 features XLR connectors for balanced, interference-free signal routing.

The numerous digital and analog inputs of the EVO 75 and EVO 150 open up a considerable number of connection options and thus once again live up to the manufacturer’s striving for practicality. On the one hand, they have coaxial S/PDIF as well as analog RCA inputs and thus a large variety of connections for players. Likewise, video devices can also be easily paired with the EVO’s ARC input via your TV’s HDMI ARC output. In addition, the EVO 150 has an integrated phono preamplifier for moving magnet turntable systems. This makes the EVO 150 all-in-one amplifier suitable for connecting turntables without their own preamplifier. 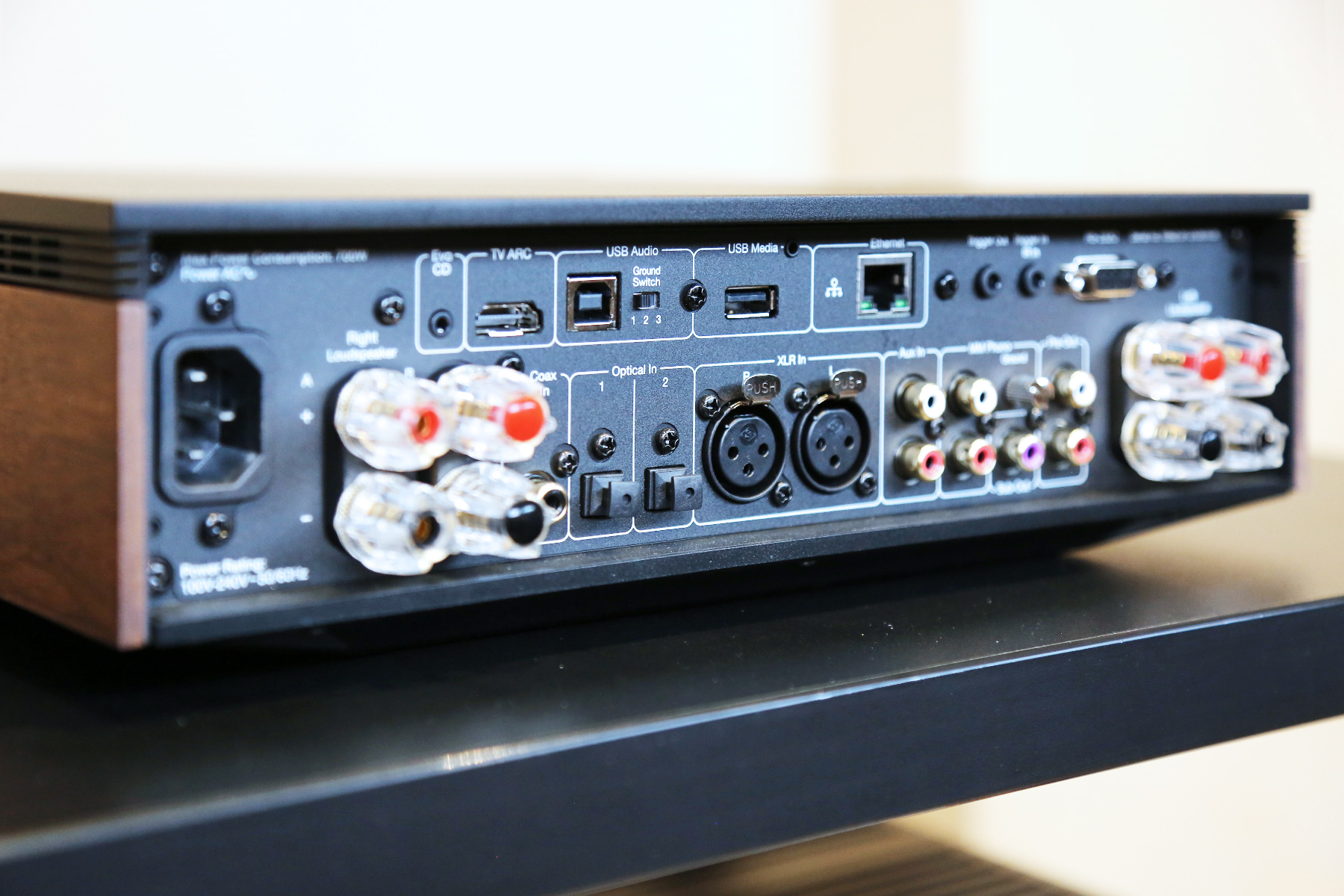 Cambridge Audio places high value on stability, and not just in the physical connectivity options. That’s why both integrated amplifiers are equipped with an Ethernet port and 2.4 and 5 GHz Wi-Fi. This ensures uncompressed streaming in the best quality and the music can be optimized for the best sound from any source.

For Cambridge Audio, evolution also means staying true to the past. Their unique design always looks fresh and modern, but without losing touch with the company’s history. The two amplifiers are based on the classic design of the company’s first integrated amplifier, the P40, which was released in 1968. Even back then, the P40’s controls were extremely intuitive. Just like the sound, the design in 2021 is purist and reduced to the most important elements. An appealing design and choice of materials ensure seamless and unclouded musical enjoyment. Thanks to the interchangeable walnut side panels used, as well as the innovative Richlite material, the design can be adapted to the interior design or mood as desired. Thanks to the narrow design of only 30.5 cm, the high-end systems require relatively little space and can thus be easily integrated into any HiFi rack. On the front is a colorful, brilliant 6.8-inch display. On this, the covers of your favorite albums can be displayed in clear colors and rich in detail while streaming music. 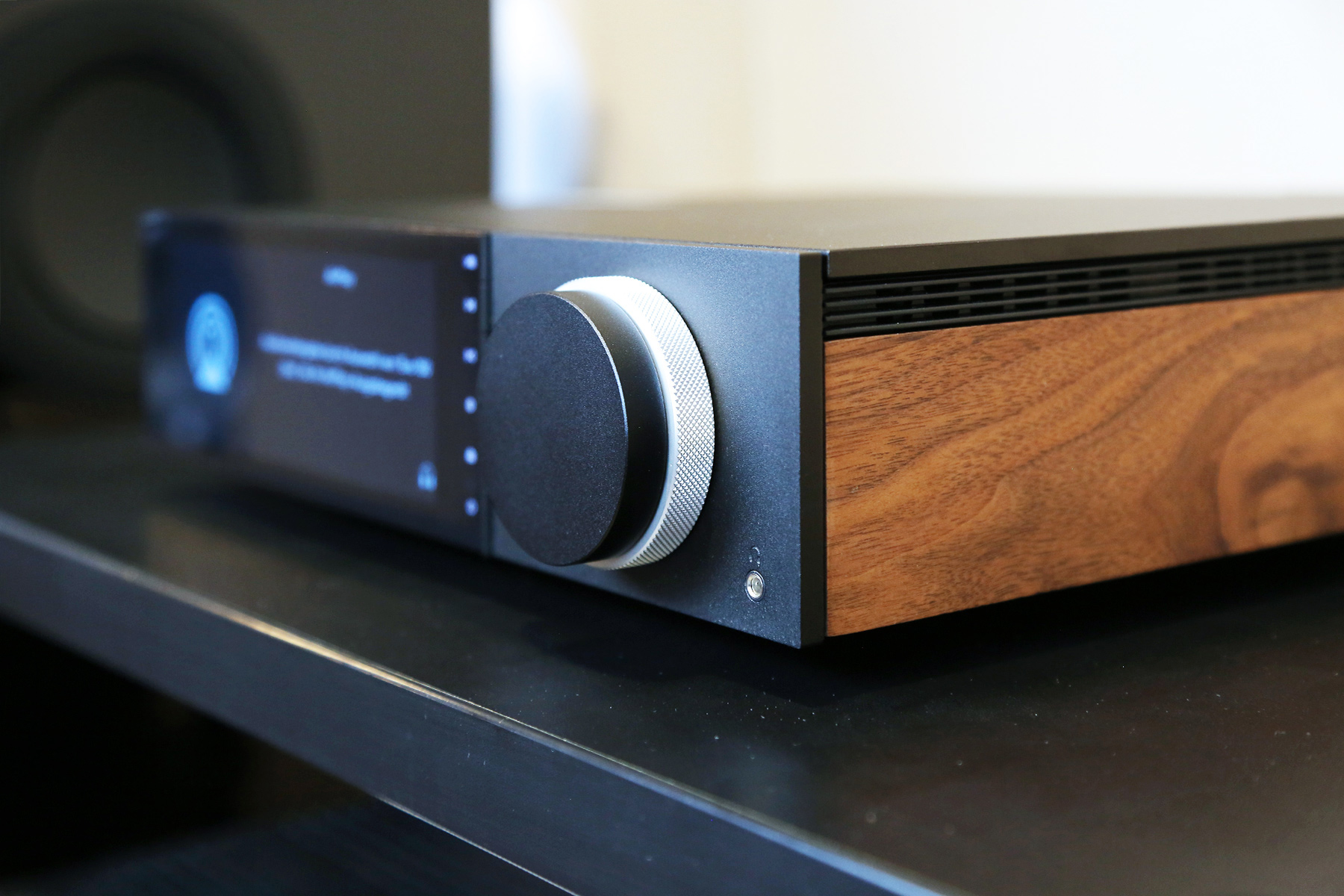 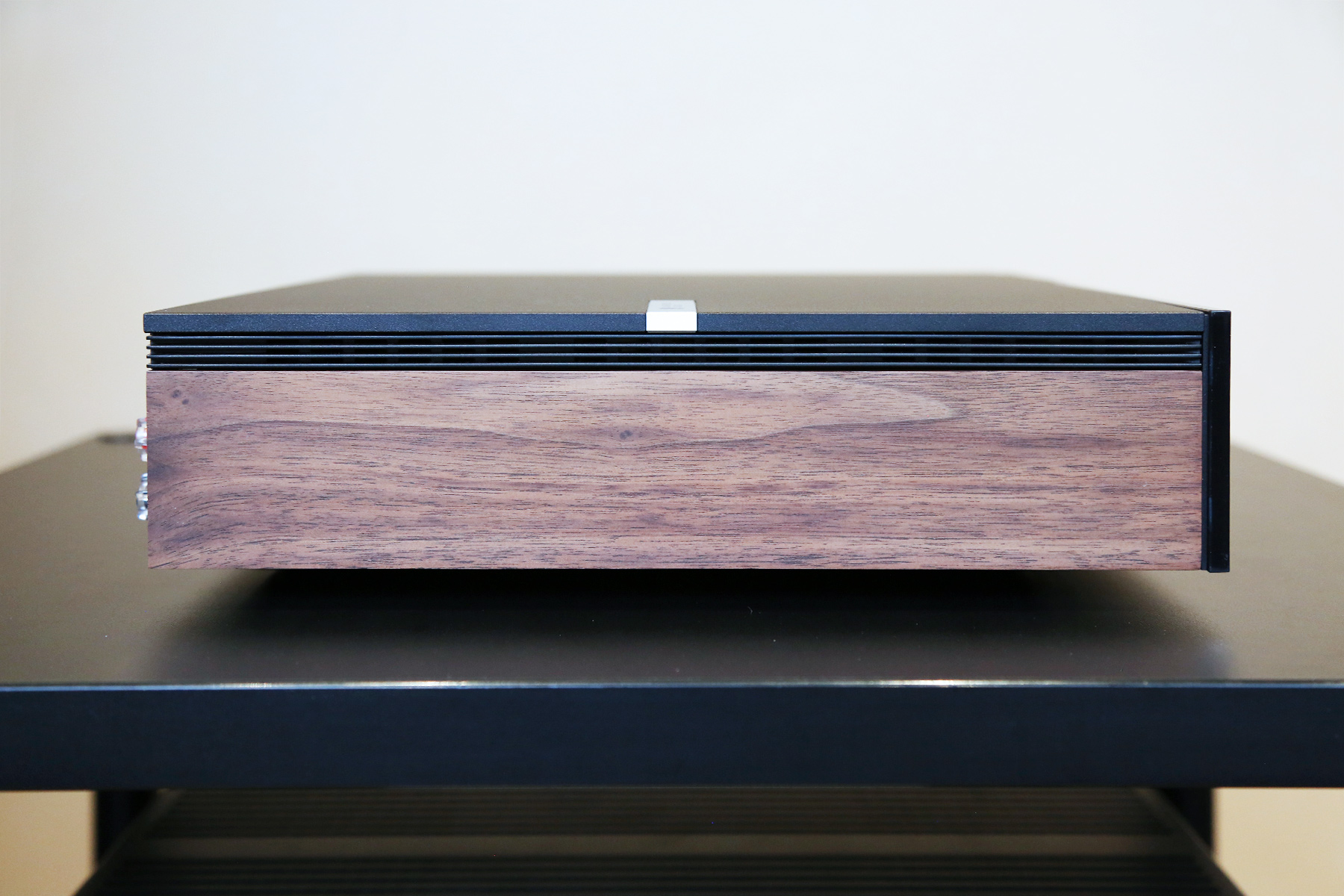 It is not without reason that Cambridge Audio devices are valued for their extraordinary sound, their wealth of innovation, and the high quality of their workmanship. Their newcomers, the EVO 75 and EVO 150 all-in-one integrated amplifiers, also live up to this reputation in terms of sound, feel, and appearance. Their sound is characterized by an almost unsurpassed clarity and authenticity. This makes them particularly suitable for friends of tidy, true-to-the-original music enjoyment. Their aesthetically pleasing outer panels allow them to blend into any listening environment in a chameleon-like manner. The choice between the two versions gives you the opportunity to choose the optimal solution, according to your needs. Both devices are now available in our store.

At the end of the year, a CD drive with S3 servo drive is announced to match both the EVO 75 and the EVO 150, which will have the same unique design. Cambridge Audio announced that all customers who have purchased an EVO in the meantime will receive a discount on the purchase of the EVO CD. In addition, Cambridge Audio will launch the EVO System which is a combination of the EVO All-in-One players and the EVO S speakers. We remain excited and look forward to presenting these devices again on our blog.