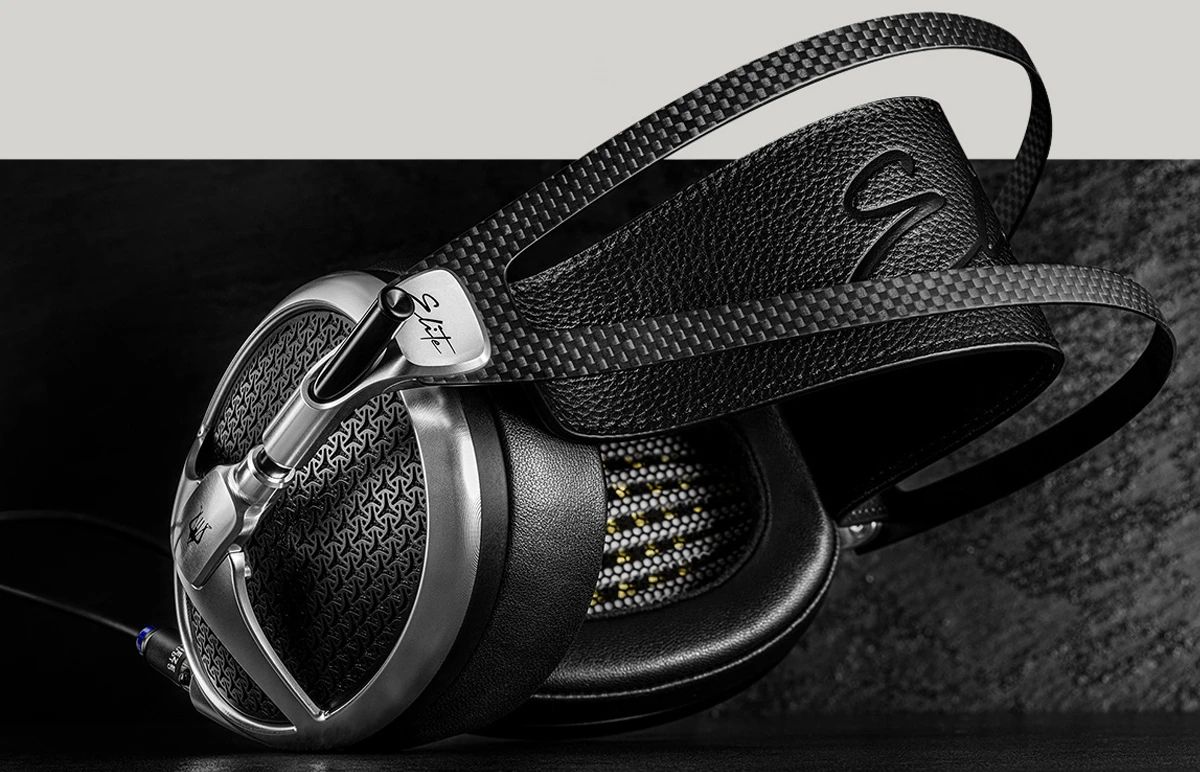 29. October 2021
We've been posting recently Our Latest Headphone Additions. Today, we'd like to introduce one of them, the Meze Elite. And we'll do so by comparing it to its already outstanding predecessor, the Meze Empyrean.

The Meze brand is known for exciting and groundbreaking innovations. Their status as a manufacturer of reference products, they owe their successful balancing act between excellent sound, long-lasting wearing comfort, independent design, and the high-quality processing of the finest materials.

With the Meze Empyrean, the manufacturer was already able to set the first standards in 2019. Not only due to their visual elegance, especially considering their high-quality workmanship and bronze-colored details, but they also stand out from other headphones. First and foremost, their unique sound made them the most technologically innovative open planar magnetic headphones on the market in their time. Then we also made a YouTube video about the different headphone designs, for those who want to refresh their knowledge a bit. 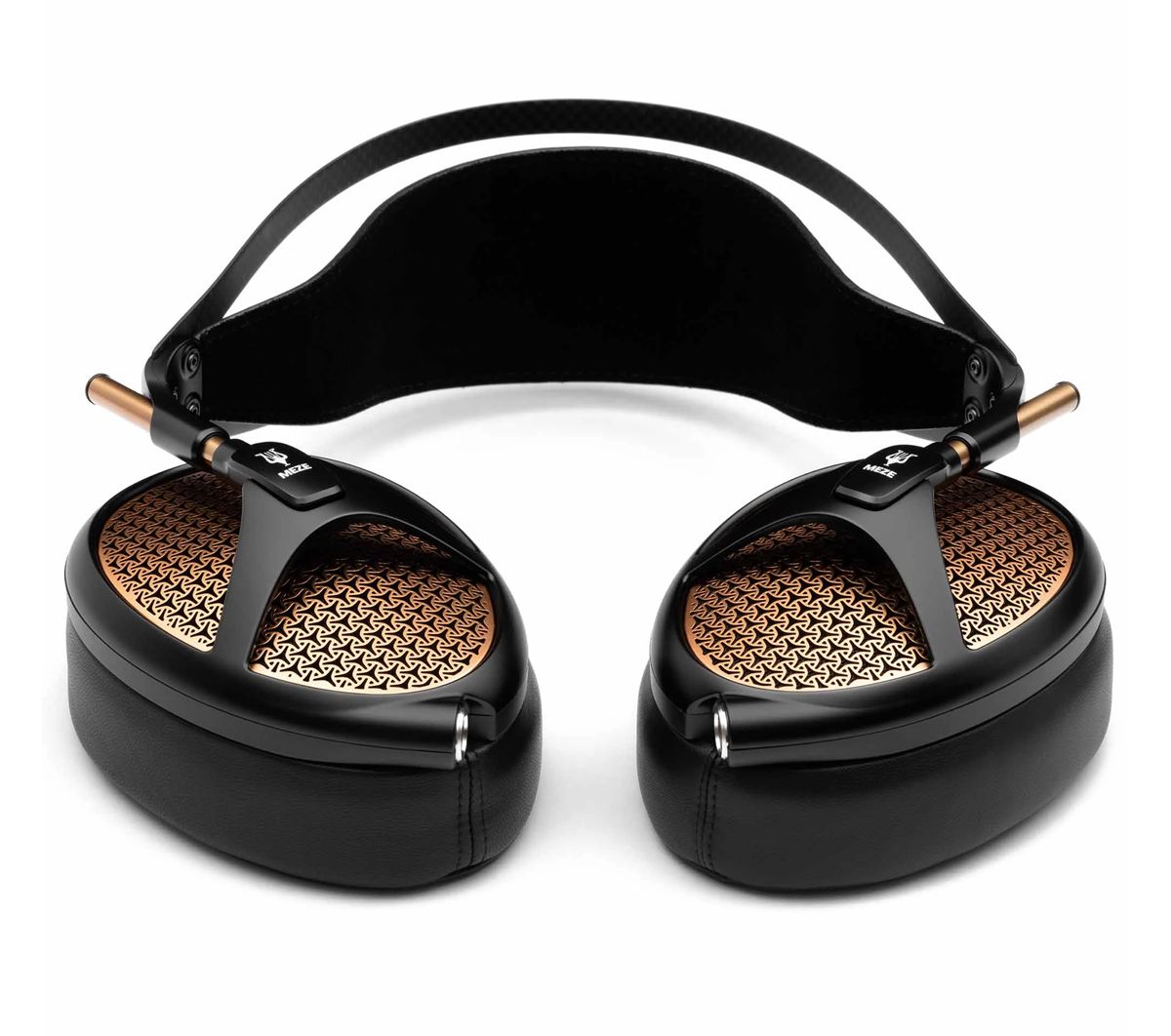 The Meze Empyrean was developed in close cooperation with the Ukrainian manufacturer Rinaro Isodynamics. They combine Meze’s aesthetic and user-oriented approach with Rinaro’s extensive experience and development in the field of planar magnetic technology. This fruitful cooperation has resulted in the unique Isodynamic Hybrid Array Driver. The hybrid planar-magnetic driver design already offered many advantages over classical designs. On the one hand, the reduced weight had a positive effect on wearing comfort. On the other hand, the combination of individual switchback and spiral voice coils allows a more precise alignment of the sound within the ear structure. The unique design of the spiral coil is positioned directly over the ear canal and produces increased disclosure of direct sound wave frequencies over the 10 kHz range. In this way, the influence of short-wave time delays, due to stray field reflections, is reduced, noticeably improving imaging and localization. Already their name can be interpreted as an indication of the heavenly dimensions of their sonic space.

Rightfully, this raises the question of whether such excellently designed headphones as the Meze Empyrean can be improved at all? However, Meze would not be Meze if the answer to the question was not “yes.” 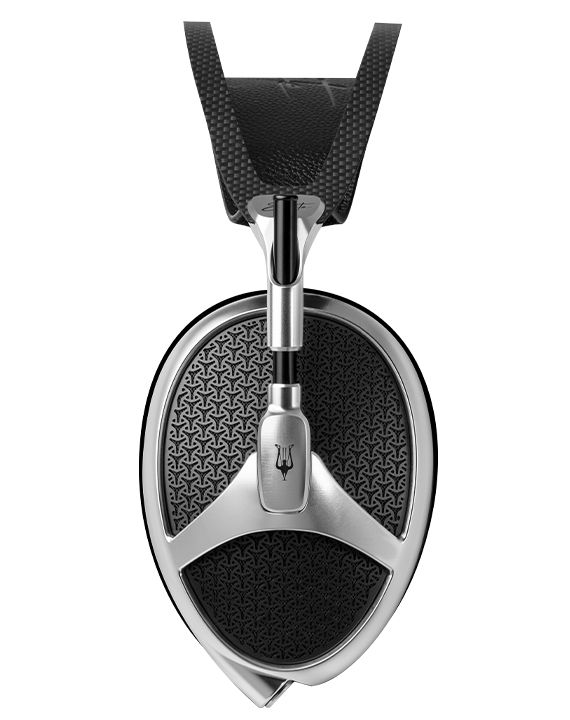 Even if the design of the Meze Elite and their material quality are reminiscent of the Empyrean, they are much more than just an Emyprean in Elite livery. The fact that milling the aluminum skeleton of a pair of headphones alone can take up to 20 hours makes it clear that we are dealing with a truly elite pair of headphones. In addition to the slightly reworked eye-catching headphone architecture, Meze was actually able to give the Empyrean a run for its money in various places with the Elite. The color scheme has also changed towards a more classic black and silver look. Where the Empyrean was already able to convince and surprise with its uncharacteristically low sound leakage for an open functional principle, the Elite manages even less than most open headphones to act like a loudspeaker for all the people around. A flexible yet sturdy carbon fiber headband allows for long-lasting listening pleasure for all head shapes and sizes. Speaking of shape. While most headphone manufacturers rely on round, elliptical or even rectangular ear cup shapes, Meze already understood with the Empyrean that the natural shape of the ear should also be mirrored by that of the cup (and driver) to be able to avoid reflections inside the ear cup. Both the Meze Empyrean and Meze Elite have more egg-shaped ear cups for this reason. Compared to the Empyrean’s 30mm deep Alcantara earpads, the Elite’s Alcantara and leather earpads are 25mm, 5mm narrower, resulting in a more direct sound than the Empyrean. The Elite also uses the aforementioned Isodynamic Hybrid Array Driver developed together with Rinaro. However, the Elite’s driver has undergone substantial improvements. The acoustic performance is even more specifically targeted at the different areas within the ear structure. A further reduction in short-wave time delays makes the sonic stage even clearer and more comprehensible so that at times you could almost think it extended beyond your own shoulders. In addition, a higher resolution and fidelity have been achieved through further development of the diaphragm material. Sonically, the Meze Elite offers everything, if not more, than one would expect from reference headphones within their price range. For an open headphone, precise bass, clear and detailed mids and highs elicit definition from the sound. Without assuming an analytical character, the Meze Elite offers plenty of detail, thanks in no small part to their large stage and the sonic separation that comes with it.

For those who know the Empyrean, it’s hard to imagine that Meze has managed to get even more out of a pair of headphones. But that is exactly the case. Even if the previous model was already a piece of audio art and its sound already leaves many competitors out in the cold, the Elite represents an actual upgrade to the Empyrean. However, also in terms of price. A good quarter more expensive than the Empyrean, the Elite brings a hefty sum. Those who already liked the sound of the Empyrean will be blown away by the Elite, though. This is why the price is justified in times when technical progress and the price curve are not linear. Sound-technically precise, with an unobtrusive precision both in the reproduction of the frequency spectrum and the spatial layering, the headphones bring joy both when diving into the favorite album at home and when enjoying music on the go. The Elite is especially suitable for listening to classical music. Due to the clear separation and its enormous stage, the sections can be heard well without overlapping each other. With an impedance of 32 ohms, they can be played by all end devices, which makes their use a flexible affair. In keeping with Meze’s pursuit of long-lasting products, the Elite promise to outlast all fads in both appearance and sound, guaranteeing a lifetime of music listening pleasure. They are also fully serviceable, giving them multiple lives and the flexibility to replace anything should the need arise. The Elite is clearly the upper end of what is possible in headphones – at least until the next release from the house of Meze.

Change To Opening Hours Of Our Berlin Retail Store