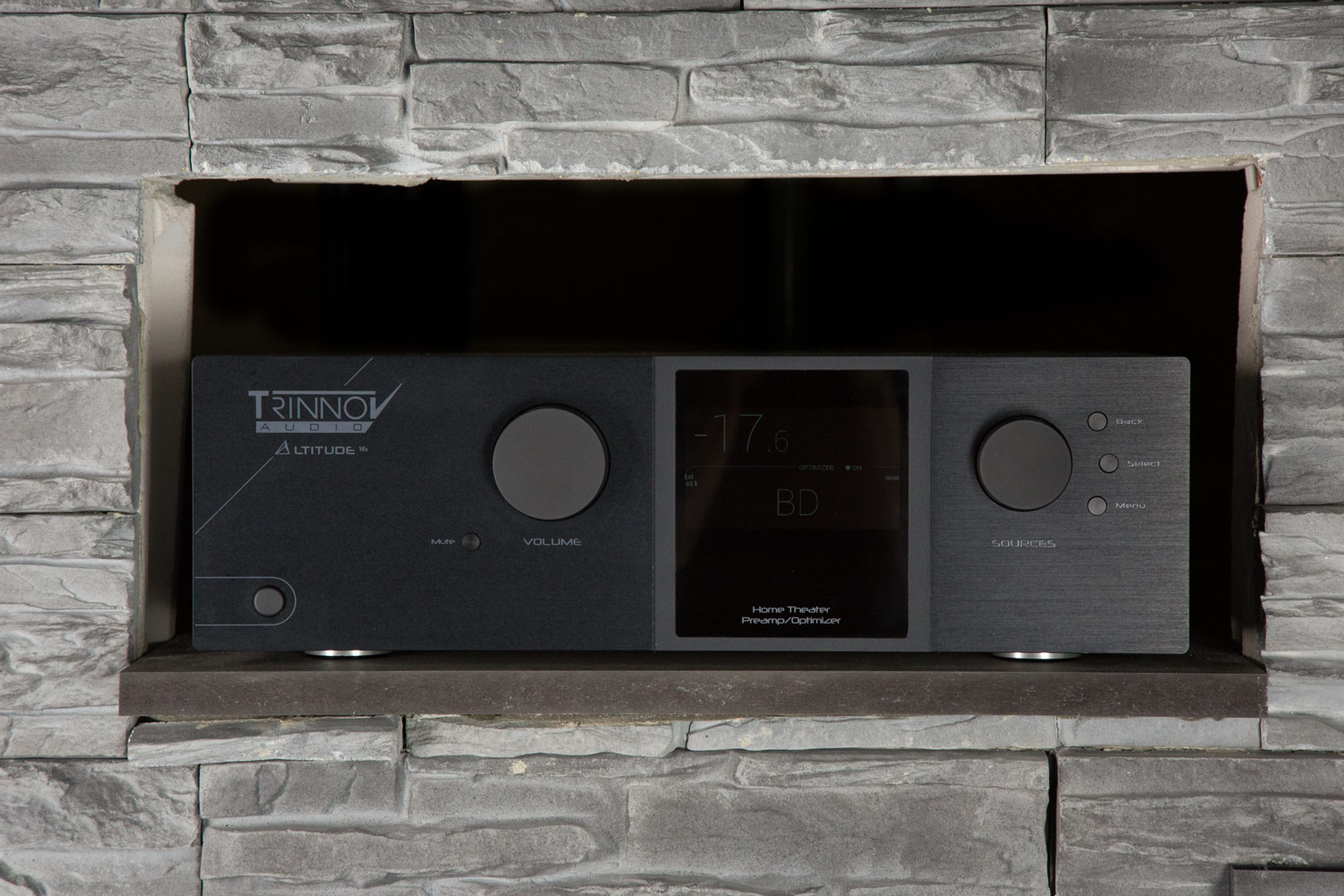 French high-end blacksmith Trinnov is not only known for its excellent hardware, but also for its outstanding room correction software. Taken together, these two factors have already made the Altitude 32 a state-of-the-art home cinema pre-stage, and with the sensibly purified Altitude 16, the concept has become even rounder, more practical and more affordable.

When you first make contact with the Altitude 16 preamplifier, it’s immediately clear that you’re dealing with a highly ambitious product. The black housing is solidly constructed, the feel of the controls is right, the sockets on the back sit firmly in the recesses and the solid aluminium front panel with the display slightly offset to the right makes a visual impression. The latter has a slightly less elaborate design compared to the Altitude 32 – the logo, for example, is printed on and not milled, the operating elements have been changed and reduced and the headphone connection has been deleted – but this makes it look a good deal more straightforward and generally more coherent.

The connection possibilities are numerous and we, therefore, limit ourselves here to some interesting aspects: The HDMI board should first be mentioned here, which offers seven inputs (3x HMDI 1.4, 4x HMDI 2.0b) and two outputs (1x HMDI 1.4, 1x HMDI 2.0b) ex works. The inputs 5-7, as well as the second output, are particularly noteworthy as they pass the maximum 18Gps; the most important HDR standards including Dolby Vision process all channels. On the back, there is also an eighth recess, which is however closed. The idea: As soon as the next HMDI standard including hardware modifications is published, the Trinnov Altitude 16 can be upgraded accordingly. There is also a small drop of bitterness; an HDMI interface with ARC function (Audio-Return-Channel) is unfortunately not available. 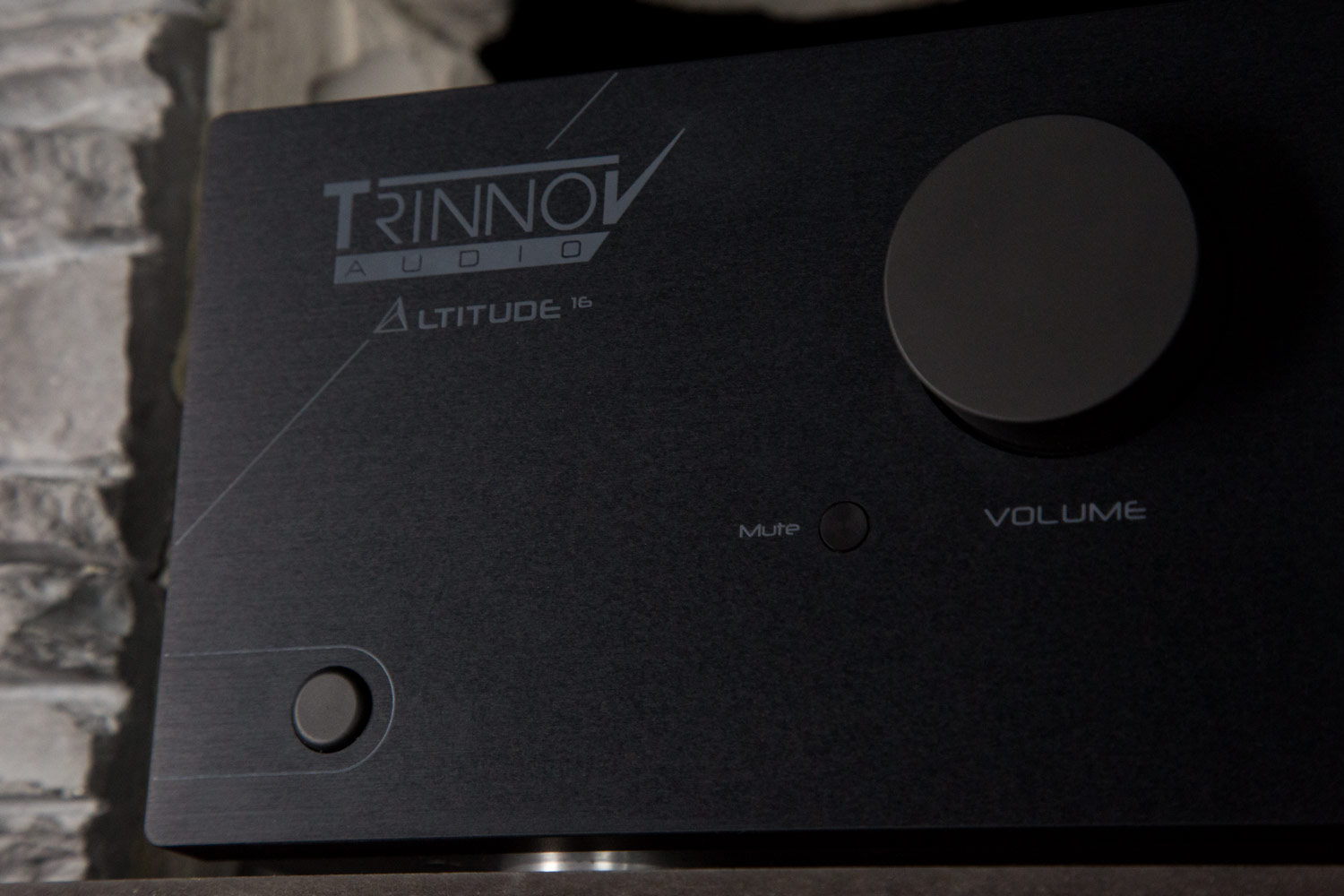 Also noteworthy are those connections that you would expect to find on a computer rather than on an AV pre-amplifier. In fact, monitor, keyboard and mouse can be connected there to configure the Altitude 16 (more on this later). Alternatively, the GUI can also be accessed in a reduced form via the web browser on an external computer or smart device if both devices are connected to the network. With the remote control and the buttons on the device, only the most important settings can be made in daily use; more in-depth changes to the setup are not possible this way.

One last point: While there are competing products that offer a whole arsenal of streaming features in addition to the actual core competence, the Altitude 16 is rather spartan equipped in this respect: Only the UPnP protocol and the streaming platform Roon are supported. 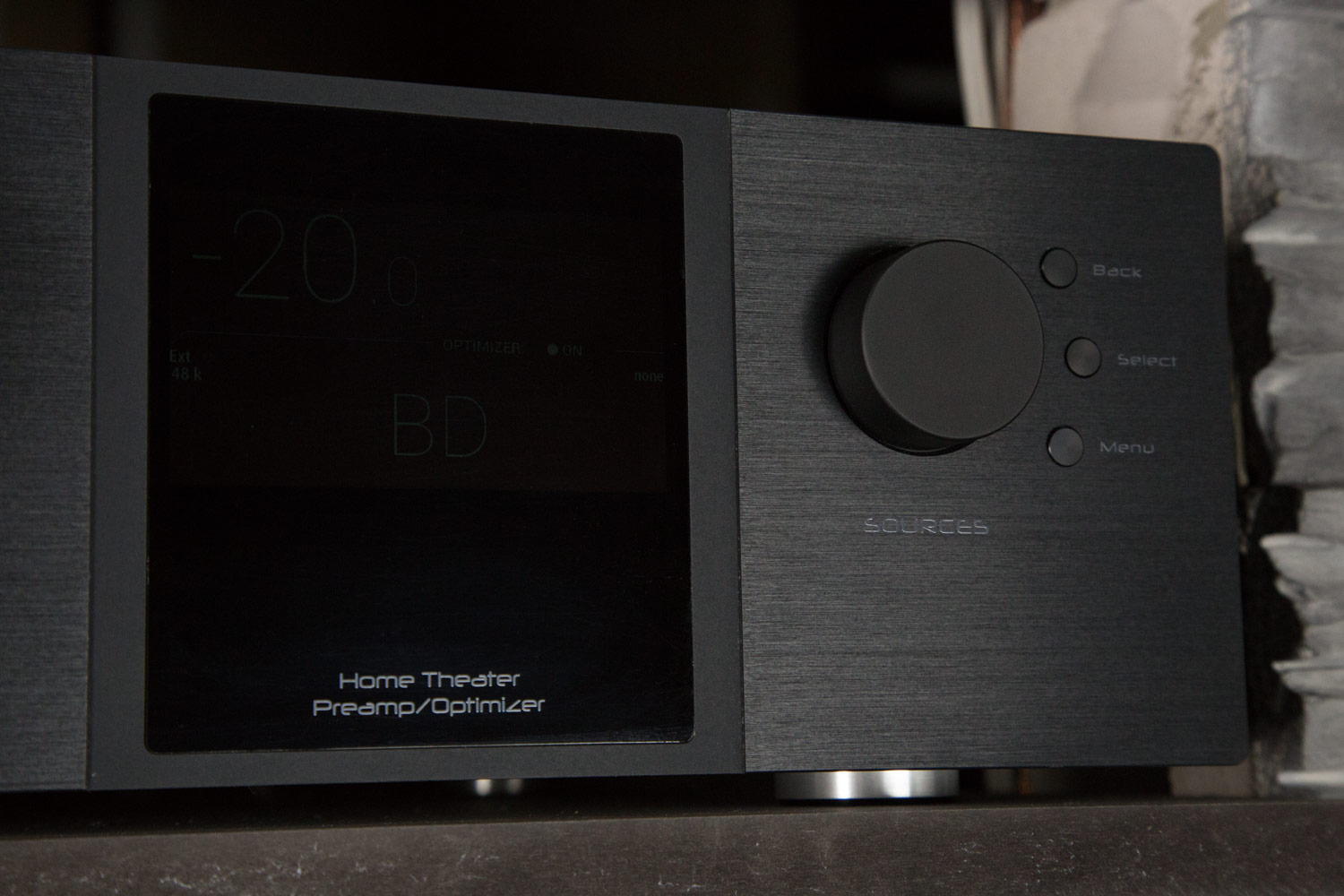 Of course, the Trinnov preamplifier deserves special attention because of its tonal possibilities and this in two respects: On the one hand it means the general tonal quality, which is achieved for example by a strict separation into an input and an output board, on the other hand the Altitude 16 offers a wealth of configuration and adjustment possibilities, which allow a high degree of fine tuning and are rarely to be found to this extent. The whole thing operates under the title “Optimizer” and here, too, we will limit ourselves to a few essential aspects in the following. First of all, it should be noted that there is virtually complete freedom in the allocation of channels. So you can also add, modify and experiment to your heart’s content beyond the standard setups.

In addition, the calibration microphone plays a special role in recording the given room and loudspeaker situation. This is not a conventional microphone, but rather four capsules are used to create a kind of acoustic 3D model. It is important to note that the microphone is not included. This is understandable, as certainly very few end customers will carry out the configuration without external help. Once the calibration has been completed, it can really get started. Filters, equalizers, crossover frequencies can be set globally, in groups or individually, and then modified in a variety of ways. The remapping function eliminates problems caused by the loudspeakers not being positioned optimally in the room.

This is not an exhaustive description of what is possible, but we will leave it as it is and make a few general remarks. The Optimizer is organized in an exemplary manner, there are more than enough memory spaces available, fast A/B comparisons are also possible and the new, well thought-out setup wizard helps with setup. Nevertheless, the detailed configuration of the Altitude 16 is a larger project – you just have to be aware of this in advance and get support if necessary. Although so much DSP use is likely to create an unnatural sound impression, we can give the all-clear in this respect: the Altitude 16 sounds fantastic when set correctly and offers a plasticity, three-dimensionality and detail that you don’t hear every day.

In a nutshell: The Trinnov Altitude 16 is an excellent sounding AV preamplifier and offers an arsenal of outstanding DSP tools to ensure thrilling home cinema performance. Try it out!