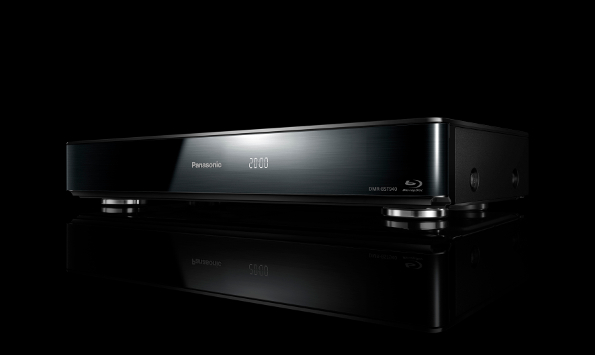 25. September 2014
Never miss your favorite show and enjoy complete independence from broadcast times of the television stations: the promise of the manufacturer has remained the same since the advent of the first VCR. But over the last decade there have been many advancements in the technology. The current state of development is beautifully demonstrated by the new flagships of the Panasonic Blu-ray recorders - the DMR-BST940 and the DMR-BCT940 – what could be called the Swiss army knife of recording specialists.

To avoid confusion: despite two different models being released it is essentially the same device. For users of satellite antenna is the DMR-BST940 is the right choice, served its sister model – you guessed it – for those with a cable provider. To gain an overview into the many possibilities of the devices, it makes sense to consider separately the different functional areas first. So is two devices, thanks to the integrated HD tuner Triple, a full set top box available that can handle up to three different programs simultaneously. In addition, two CI + slots are available that allow access to encrypted content. Of course, DMR and DMR-BST940 BCT940 also full Blu-ray players, which also support the 3D rendering as the 4K resolution for current Ultra-HD TV. Low-resolution video formats are processed model for such TV sets by the internal 4K upscaling.

Plenty of space for recording – a whopping 1,370 hours in HD Quality – on the provided internal hard drive with 2TB storage capacity. Should even that be not enough, Blu-ray discs can be described directly or add external storage via USB interface easily. Of course, not missing a mandatory LAN/ WLAN interface, which provides access to the extensive online features. In addition to a web browser, apps, video-on-demand providers as well as the online media centres of the transmitter, the recorders offer several interesting streaming options for home and away.

Particularly noteworthy is in the context, is the feature “TV Anywhere”: with a corresponding WLAN or mobile internet connection it’s possible for both the current TV program, as well as recorded content with the Panasonic Media Access app to stream to smartphones and tablets worldwide. Those interested can do that within their own four walls. Other hand that Android-based smartphones and tablets can receive back on the TV, since both models support the Miracast standard. Even with the simultaneous use of the recording and playback functions, give the Panasonics no nakedness. They record up to three programs at the same time playing including Blu-ray works just as easily, such as the parallel viewing, recording and streaming of three different programs.

In addition, Panasonic convinced addition to manual control by a comfortable programming and management automatic. The ‘Keyword Recording “including clever filter functions saves the hassle of individual programming for example, daily or weekly series. An optional automatic deletion after 10 or 30 days completes the picture. By the way, allowed the aforementioned app also time-delayed images of the road set up.

All those that are serious about a home theatre experience will be delighted with the optical digital audio output. This provides high-definition sound up of up to 96 kHz are available. This can be for example an external AV receiver with connected surround system feed. In addition, it should finally have the feel mentioned: Also it meets all expectations might expect in a device of this class and is partly due to the chic aluminum housing. Finally, don’t forget that all the control options via Smartphone or Tablet – can be directed from the same remote control.

Elisa
mail@hifi-and-friends.de
Further Articles
Digital Music: How Does It Work? Conversion After the DSD Mode

Listen to the new Bowers & Wilkins CM Series with us