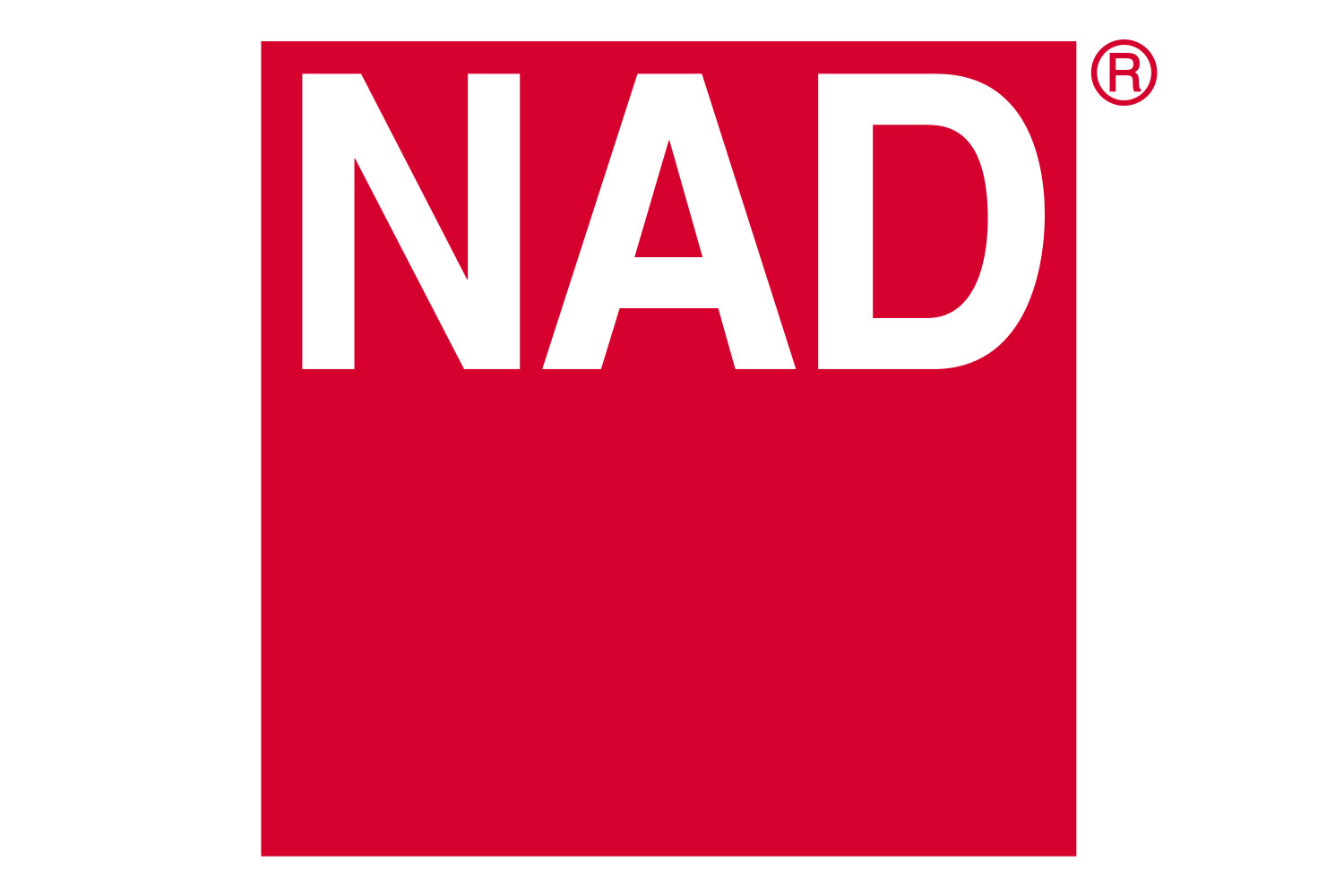 NAD has been an integral part of the HiFi market since 1972 and has proven its craftsmanship and strategic skills more than once, for example with the legendary NAD 3020 amplifier or the current cooperation with Bluesound and Dali. This is also true for NAD's home cinema components, so it is high time to introduce them here.

NAD In Home Cinema: Components at a Glance & Modular Structure
Before we go into detail, we start with a short overview of the home cinema components from NAD in our product range and a general note on the basically modular (!) structure of the NAD devices: Currently we have the two 7.1 AV receivers NAD T758 V3 and NAD T777 V3 as well as the separate pre- and power amplifier components NAD M17 V2 and NAD M27 in our program. In addition, we also offer the NAD CI Series, a series of rack components that can be used for custom installations or as a supplement to the AV products mentioned (see below).

The suffixes “V2” and “V3” already indicate NAD’s modular concept MDC (Modular Design Construction). This works as follows: If you buy a new device, it is of course up-to-date and there is usually nothing else to do for the time being. If relevant updates or new interfaces become available at a later date – such as the VM300 module with an HDMI and BluOS upgrade as an example from the past – individual board elements can be purchased and replaced. An overview of all currently available modules can be found on the NAD website.

The NAD T777 V3 In Focus
After these introductory remarks, we now turn our attention to the T777 V3 AV receiver, as this model, with its mid-position in the NAD portfolio, is a good way to compare it to the smaller receiver and M-series components. Available in anthracite only, the T777 V3 comes in a simple yet high-quality case with a central display on the front and a number of clearly arranged controls. Particularly noteworthy are the front entrances: The gilded 6.3 mm headphone output left represents a subtle reference to the audiophile claim at NAD. Behind the cover right are also a RCA, a 3.5 mm jack and an HDMI input (Version 1.4). 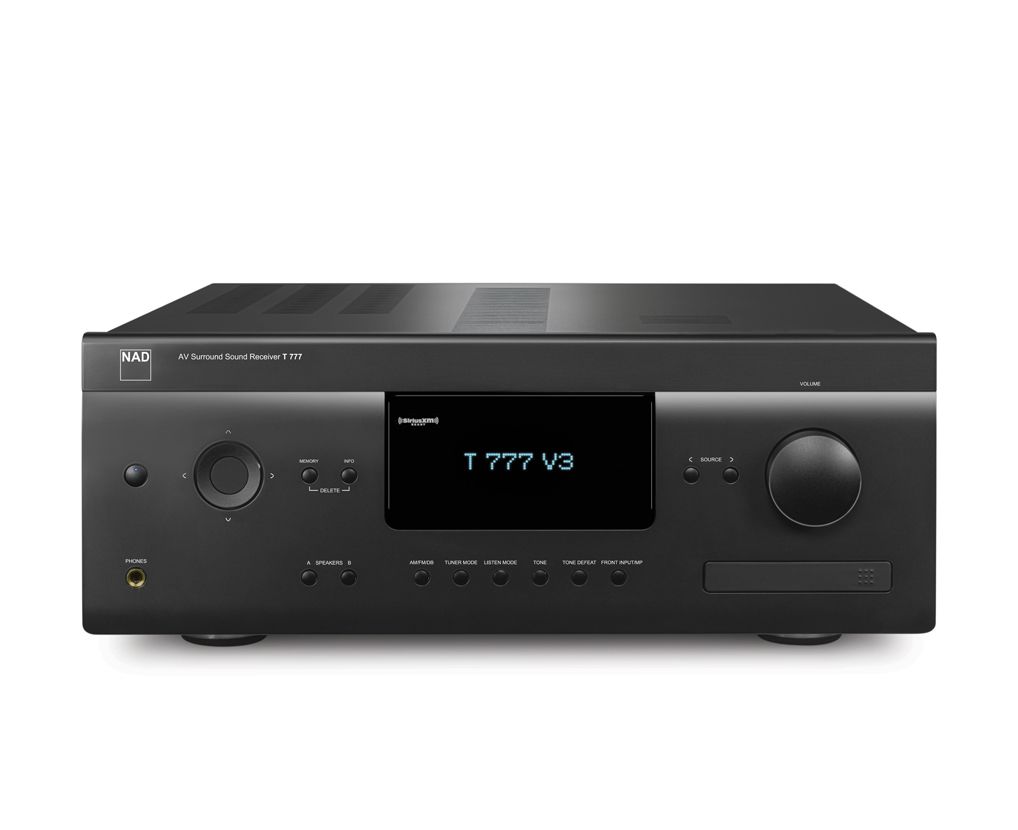 All other connections are located on the back and there you can see well each individually bolted to the back of the case modules: Between the digital and the analog section is still a free slot with a panel provided. At this point, we refrain from discussing all connection options in detail and focus instead on those interfaces that are directly related to the particularly characteristic features of the T777 V3.

Initially, all five HDMI inputs on the back allow 4K material (60 fps, 4: 4: 4) to be fed with extended color space (HDR 10, Dolby Vision). The signals are not affected by the internal processing of the AV receiver, image embellishment is consequently not the task of the T777 V3. 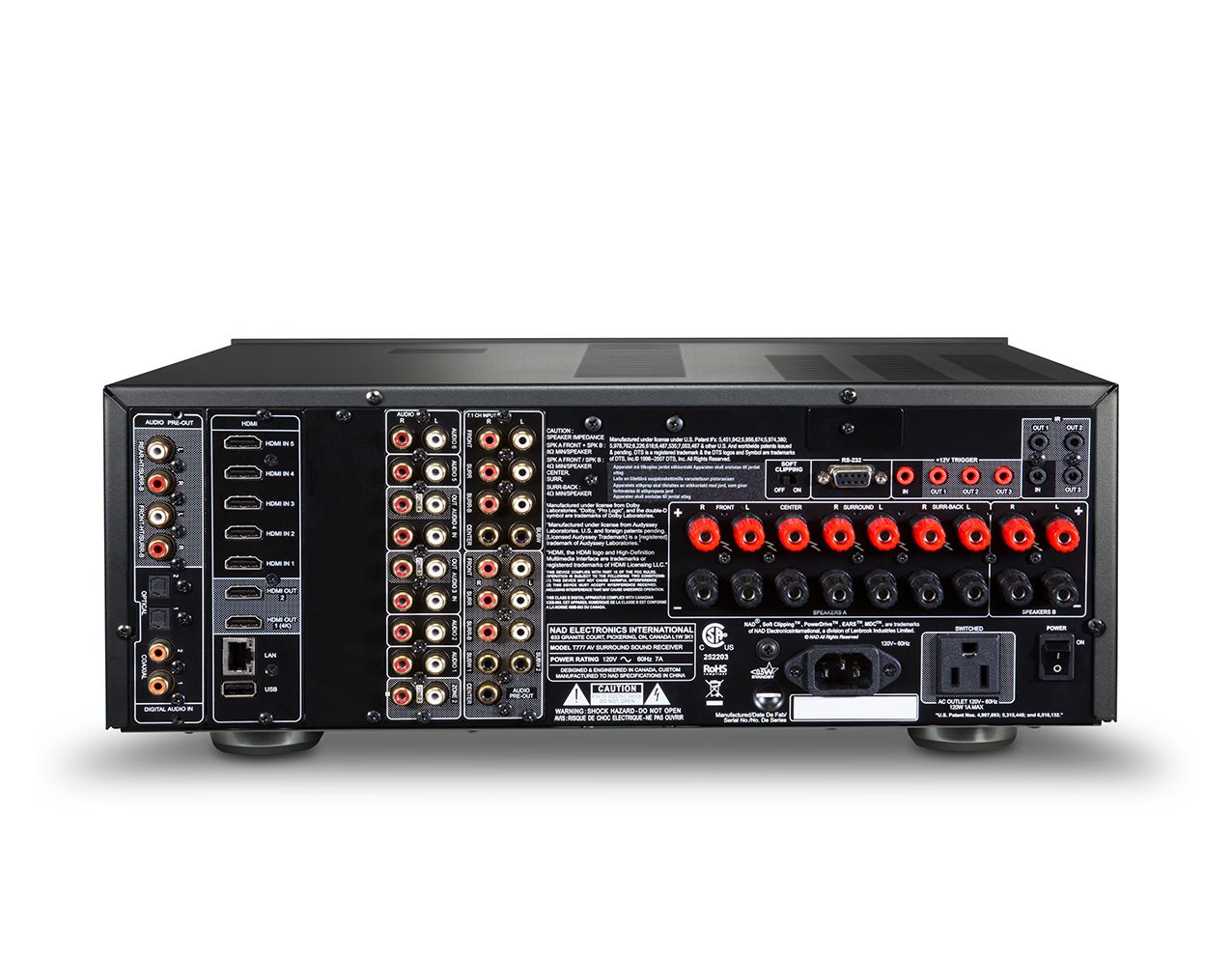 lso interesting are the digital inputs, especially the USB interface, to which the included BluOS kit can be connected. Thus, the AV receiver becomes the complete bluesound streaming and multiroom control center and can therefore also be controlled via the Bluesound app.

The module to the left houses four preamp outputs, which can be used to control up to four height loudspeakers. If this does not happen to be active speakers, it certainly requires additional power amplifier. So it is a good thing that NAD offers a suitable solution with the CI 940 itself. Together with the seven, tonally tuned amplifier channels that the T777 V3 has on board, nothing stands in the way of more demanding home theater set-ups.

Dirac Live
The measuring system Dirac Live, which is included here in the lite version, ensures that the NAD AV receiver can fully exploit its potential in various spatial conditions. The frequency correction is limited to the range between 20 and 500 Hz, a paid upgrade unlocks the entire spectrum ($ 99). Using the supplied measuring microphone and a computer connected via the network to the T777 V3, frequency and pulse corrections can be calculated for all channels and then fine-tuned. Depending on the setup, the procedure takes a while, but is thanks to the well-made interface in principle to accomplish for laymen. Incidentally, this fits in well with the overall handling of the T777 V3, which excels in every respect with a well-structured and comprehensible menu structure. Finally, the (bearable) endeavors are rewarded with a digitally optimized home cinema sound, which once again presents itself in a much more focused and uncluttered way and even better emphasizes the tonal quality of the amplifier technology.

The Alternatives To NAD
Let’s go back to the other NAD components we mentioned earlier and compare them to the T777 V3. The T758 V3 rounds off the NAD program, but has all the essential features that make the larger model stand out. Reductions must be accepted, above all, in terms of power reserves and the variety of connections. The opposite is true for the pre-amplifier combination consisting of M17 V2 and M27: The separation of the amplifier stages, of course, a much more luxurious circuit design, including with dedicated D / A converters per channel and balanced outputs possible. This, in turn, has a positive effect on the performance of the NAD home theater combo. Optically, NAD takes a slightly different direction here, but all the features discussed above are naturally also found on the M17 V2.

Final Thoughts
Let’s conclude: The overall package of audio engineering and Dirac measurement ensures that the NAD home cinema components in the first league play along and the modular MDC concept guarantees long-term uncomplicated home theater fun. Try it out!