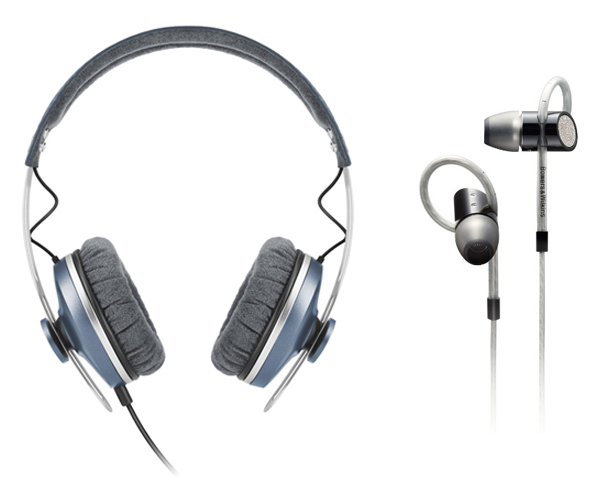 14. July 2014
A long time maxim from the Hi-Fi textbook: Let the ear decide. Although for many users fashion now plays an important role in the choice of the mobile companion, this is one credo when headphones must be considered first and foremost by two aspects. Not only what falls upon the ear drum but also the comfort should satisfy the individual's requirements. The ear, especially in with inner-ear sets, can turn out to be pretty picky. In order to make your seach as quickly as possible we present a number of current headphone concepts and their advantages and disadvantages.

Let’s get straight to the point by saying “in-ear”. It makes a lot more sense to call it an ‘earphone’ rather than a ‘headphone’ because the phone itself disappears into the ear. Generally the end pieces have a semi-spherical or conical in shape and made of a soft material. Many manufacturers now provide with a selection of levels so that an individual adjustment is at least in the beginning feasible. If for whatever reason you can’t find a comfortable , there is in addition the possibility to produce a so-called otoplasty hearing care. In this process, an impression of the ear canal as well as a small portion of the external ear is taken, and formed an individual end. The procedure is usually quick and absolutely painless from equip. Subsequently, a large number of commercially available in-ear headphones use the two units together. Whether their preferred model is compatible, you can ask your hearing care. This Custom solution costs about 100 euros without the tone generator. How long is the perfect fit is ensured depends on two factors, only one you have in hand. Firstly, the sculptures should be treated with care and cleaned regularly, on the other hand, the ear changes over time, so that needs to be improved under certain circumstances, after a few years. How well the combination for example with a high-end handset such as the Sennheiser IE 800 works, Sennheiser IE 800 you can read here. In-Ear and High-End: the Sennheiser IE 800

Especially if you expect a satisfactory performance from your in-ear system while playing sports, stability can not be overstated as a criterion. To improve this, the manufacturers always ready resourceful ideas. This includes bracket constructions running rear or sides of the ear itself – nestle after appropriate fine-tuning in the ear – like the B&W C5. Such measures have, if implemented, not only positively on the wearing comfort. The in-ear users deplored by many cable noise, which may be an unwelcome addition to the favorite music even at normal locomotion are at least significantly attenuated transmitted to the ear as the direct connection is interrupted. Also, an additional clip on the shirt works on the same principle and can provide for peace.

Whether you opt for the standard version or the deluxe version: Keep eyes and ears open. The better the listener sits in her ear, the greater the likelihood that you are acoustically isolated from your environment. In order to avoid any nasty surprises on the road, you shouldn’t – even if it’s hard – indulge in too much music. The same is true when it comes to volume. The sound waves are directed into a confined area without detours to your nearby eardrum. In extreme volumes and associated sound pressure levels, a good set of headphones can range over 100 dB, but you run sometimes run the risk of damaging your hearing. A precisely fitting earphones not only feels good, but do to its sheilding qualities makes, does away with such concerns about hearing.

The alternative to the small sound buds are those big and bulky things that one wouldn’t bet money on above-average service given how they’re tossed around in backpacks or handbags. As part of the rebirth of the headphone as a fashion accessory could lead you to feel “out of fashion” wearing but a standard model of the in-ear category which in the last few years have made a veritable 180 ° U-turn.

Besides the multiple cheap options that are more like hairbands than headphones, there are also those brands that are serious and thanks to the architectural concept have their own unique qualities.

First, we want to sort a few terms. The so-called on-ear headphones are, as the name suggests, on the outer ear and cover it at least partially. In addition there are the over-ear models, they close their shells completely. So the entire ear can be recorded and fulfill its natural filtering function better. In addition, both “open” and “closed” versions can be designed. In the first case is placed on material selection and design of special importance to the fact that sound can not only penetrate into the ear, but also to the outside. Open systems offer advantages in terms of transparency, transient response and spatiality of the perceived sound image and score with a better heat exchange. Those who have already had experience with closed headphones, learns this feature just wear them over long periods greatly appreciated. Unfortunately, then there is also the other side of the coin on hand: where sound and air to the outside penetrate, penetrate both equally inward so that the subway tunnel always a touch of musique concrète blows around their ears.

Here plays the closed-ear headphones, which shields the ear much better, from their great advantage. In addition, the bass is often perceived in this manner of construction as a prominent, although the openness and naturalness of the sound quality suffers in direct comparison. To what extent this even has to be a disadvantage, decides not least your personal (musical) taste. Here a lover of classical music will certainly have other ideas, as the followers of electronic music. Clear up must also put someone between the two chairs, which are in this case, the “half-open” headphones. Try the best of both worlds unite and succeed quite successfully and without compromises, such as the classic DT 880 Beyerdynamic </ a>.

Bad sound is no argument against the “big brothers” and also in terms of portability and durability, you’re not going to be at a loss. On one hand, you can of course model-independent help with a little prudence itself best to the fact that it has continued enjoyment of his mobile ear sweetners. On the other hand, load models like the M500 </ a> by traditional manufacturer KEF downright with modern materials, cleverly placed hinges and matching storage bag and the headphones also worth a mention.

To summarize again: of course you can just use the headphones from your smart phone sets. Of course you can buy a cheap on-ear headphones, when the hue is the decisive catogory. For those who choose a headset primarily because of the “musical tone” and the comfort of wearing, there is compelling selection of products across all styles and price ranges. With already high standards absolutely you can still satisfy other desires for good design and colorful accents in line, show, besides the already presented models, also an Sennheiser momentum </ a> or Radio Silenz </ a> by Tivoli Audio.

Room acoustics on tour: from Berlin to Bonn, make yourself a free appointment