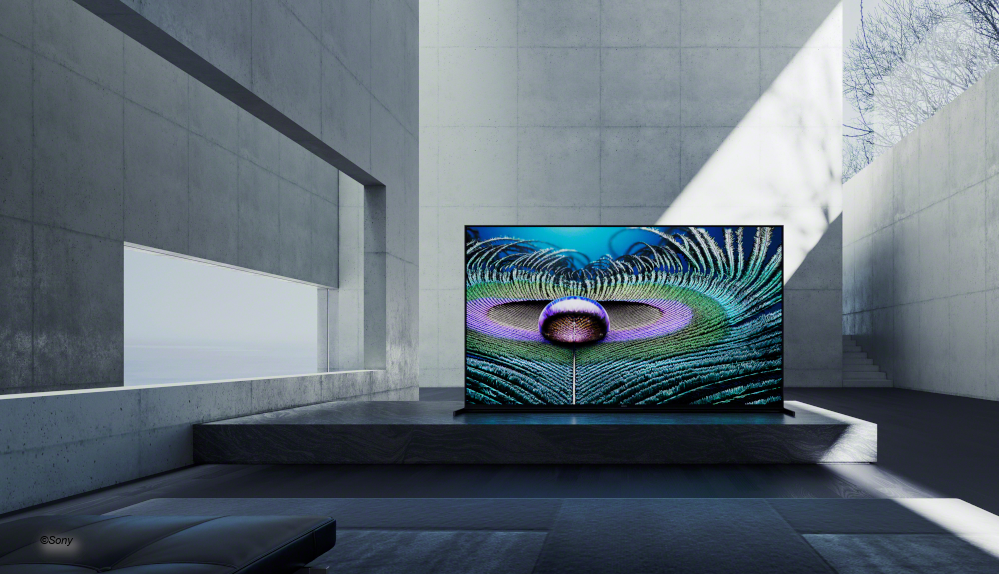 29. January 2021
With the announcement of the new devices in Sony's BRAVIA XR series, we're excited to see their advancements from last year. To begin with, we can anticipate right away: Sony has much appeal with trend-setting innovations this year as well.

The BRAVIA brand name is an acronym that stands for “Best Resolution Audio Visual Integrated Architecture.” Always relying on advanced screen technology, the Japanese electronics manufacturer has indeed been able to live up to this high promise time and again in recent years. This year, Sony is once again heeding their call, launching their fastest, smartest, and a most feature-packed lineup of TV products to date with the new XR series.

The 2021 Sony BRAVIA range comes in both LED and OLED variants in the 50-inch to the 100-inch screen size range. Leading the way is the flagship Z9J 8K LED model, available in both 75-inch and 85-inch options. The A90J Master-Series 4K OLED models come in 55-, 65- and 83-inch versions. The A80J 4K OLED will be available in either 55 or 77 inches, while the X90J 4K LED will even appear as a 100-inch model. In the truest sense, the focus of all products in the XR series is the newly used cognitive XR processor. The further development of the X1-Ultimate, which was previously used in Sony’s flagship models, will rely on “cognitive intelligence” instead of classic artificial intelligence in the future. The developers’ goal was to get a bit closer to human vision. The new processing method attempts to emulate human visual and auditory behavior. Televisions are becoming visibly larger and larger. According to Sony, our vision does not focus on the entire image but rather on areas where the action takes place. The new BRAVIA televisions are able to take this into account by dividing the picture into several areas and recognizing the “focal point.” Unlike conventional artificial intelligence, the XR processor processes multiple image elements such as color, contrast, and detail simultaneously. In the course of this, all of these elements are optimized synchronously in time and thus enable an even more realistic image. Of course, all products in the XR series also support Dolby Vision and HDR content.

But Sony doesn’t just leave it at BRAVIA, in keeping with the name, with the best possible visual architecture. The cognitive XR processor also enables an improvement in sound. By analyzing the position of the sound in the signal, the sound can be precisely adjusted to the picture. It also boosts all sounds to 3D surround sound. The new BRAVIA TVs, like many of the TV models introduced recently, are aimed not least at the gaming community. In the wake of the release of new consoles like the company’s own PlayStation 5 as well as the Xbox X series, and implementation of HDMI 2.1 comes as no surprise. On the contrary, the new interface is an important addition for those who want to play in full 4K with a frame rate of 120 Hz. Thanks to variable refresh rates as well as the low-latency mode, Sony’s TV models are suitable for gaming as well as home cinema use.

Another attractive innovation comes in the form of the new Google TV user interface. For a long time, the revamped Android TV skin was only available via the latest Google Chromecast. The new BRAVIA devices are thus the first of their kind in this regard as well. Google TV provides a lot of personalized content, as well as personal playlists and watchlists, and thus enables an even more individual TV experience. Like last year’s devices, the new Sony TVs allow all-around hands-free operation thanks to the integrated Google Assistant. There is also compatibility with all smart speakers, such as Alexa devices. Furthermore, the all-new BRAVIA Core streaming service opens up access to a wide range of TV content from Sony Pictures as well as IMAX movies.

Even if terms like “cognitive intelligence” in connection with TVs probably sound like advertising jargon at first, Sony’s wealth of innovation is convincing across the board and is on display with the new models of the BRAVIA XR series. Sony is a company that always moves with the times, so anyone who values forward-looking technologies and plenty of additional features in their TV set would be well advised to go with one of the TVs in the BRAVIA range.”