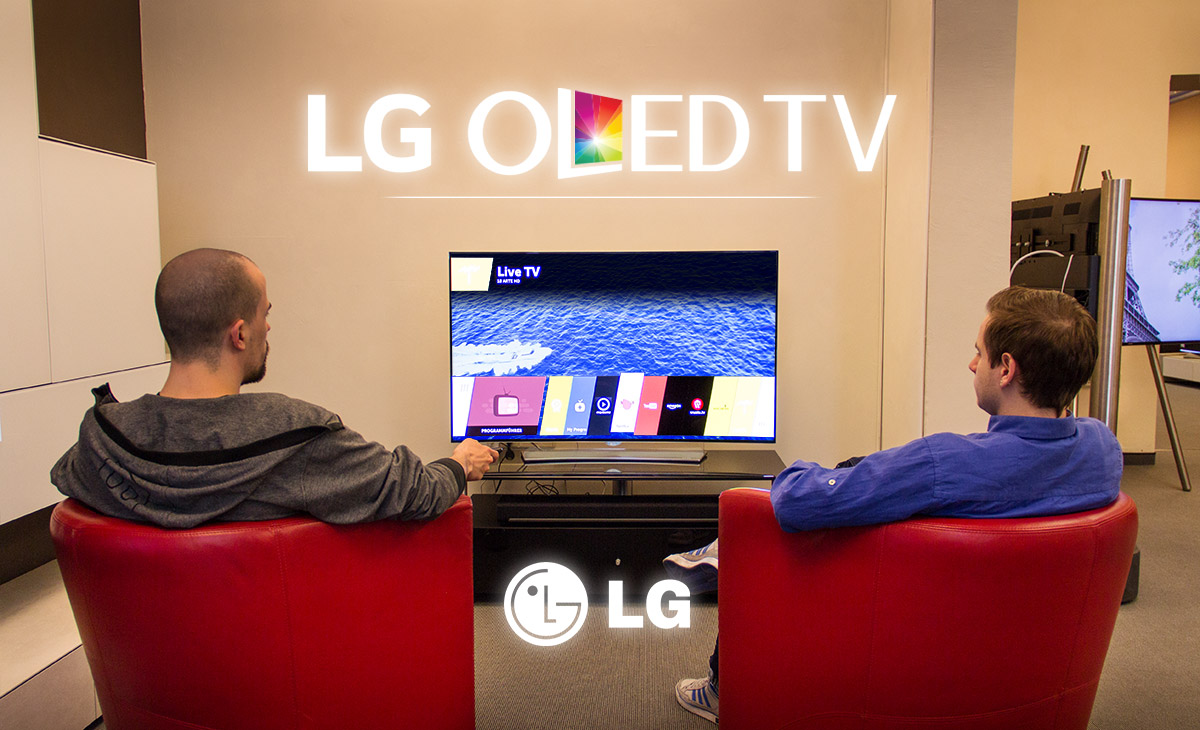 27Taking a look at the development of the TV market in recent years, you'll quickly discover that all the big names in the industry have done some flirting with the OLED technology and are eventually tiring of the old, tried and tested combination of LCD display and LED backlight. The breaking-exception though is the Korean giant LG Electronics, which has always pursued the alternative panel technology and this time has made it hard for the skeptics with its 4K OLED models: 55EG9609, 65EG9609 and 77EC980V. We explain the specifics of OLED technology and take a look at the new LG TVs.

The OLED Technology In Overview

The abbreviation OLED comes from English term “Organic Light Emitting Diode”. So there are so-called organic light emitting diodes, where the term “organic” is derived from the chemical composition and then there are the more generally referred to: all carbon-based compounds which are also known as ‘organic’. Such organic light emitting diodes consist essentially of two electrodes which are separated by one or more organic semi-conductor layers. Once a current flows through the OLED, it starts to glow. Depending on the design, it creates the colour of each pixel in a direct way – so-called sub-pixels that generate red, green and blue light – or sub-pixels that emit white light from the primary colours which are formed by respective colour filters. The second option currently seems to be the more practical option, since the different brightness and the unevenly coloured sub-pixels isn’t a problem in this instance.

The ability to light up themselves and the small size of OLEDs is the same in many respects a great advantage for the screen production. Since the conventional LCD panels absolutely necessary LED backlight is obsolete, not only extremely flat and theoretically even highly flexible display can be realized, these also offer excellent color reproduction and excellent contrast. While even with high-quality full-array LED displays with sophisticated dimming technology show-through of the backlight is not completely eliminate the images appear dark, this problem occurs when OLED panels on not only because each pixel is regulated separately in brightness, Black means in this case, really black – the OLEDs are completely switched off in the relevant areas of the image – and the transitions in the dark areas are much more differentiated displayed. This high degree of precision affects moreover a positive effect on the color display as well as the uniformity of illumination across the entire panel. White is also the consistently good quality of the image regardless of the viewing angle, the fast response times and higher energy efficiency of OLED displays, the question is quite justified why this technology has not already enforced by all manufacturers. The current reluctance when it comes to OLED is in principle due to two reasons. On the one hand screens with LCD display and LED backlight technology are now extremely sophisticated, reach the current level of development a very good image quality and can be relatively inexpensive to produce in large sizes and quantities. On the other hand it concerns with OLED displays a relatively new technology, which also provides new challenges to the developer at all potential. In addition to various teething problems, such as too low brightness or not perfect balancierbare colors, mainly the mass production of large panels in large quantities both from a technical and economic perspective as still stood last is problematic. LG, it is now apparently succeeded in all critical points to achieve decisive progress. The new 4K OLED models appeal in this regard in any case a totally unique language.

The first ready for demonstration in our device, the LG 55EG9609 with 55″ screen size, has all the advantages of OLED technology described above. The perfect black and leaves a very positive impression even without an addition to standing competition model with LED backlighting. Colored and even white elements are clearly delineated on a dark ground, so that the image looks tremendously sharp. Color appearance is crisp, but at the same course, and also the brightness, in the past quite a not entirely unproblematic point in OLED displays, is more than adequate even in daylight. In this context it is interesting to return once again to the theme color generation. LG is in its devices in a variant of the filter-based technique, which differs from the extent described above, except that here, in addition to the basic colors, a further sub-pixel emits unfiltered white light. This measure can be according to LG improved color reproduction and higher brightness reach.

The reaction rate of the panels is also in line with expectations and makes the LG 55EG9609 thus quite also for console gamers attractive. Despite the curvature – with all three new LG 4K OLED TVs mandatory – there is a pleasantly large margin with regard to the viewing angle and disturbing reflections are effectively prevented by a special anti-reflection layer. The undeniably stunning picture quality was packed most appealing of the product designers at LG. Of particular note is the base construction of 55EG9609. The transition between the solid and classy-looking brushed metal foot and limited with a narrow chrome frame display is made of transparent plastic. This creates a little distance the impression that the screen hovering a few centimeters above the foot. At the bottom of the frame is centered logo whose version picks up the materials of the base construction again. In the upper part of the housing had to concessions because the installed electronics, the depth of the LG 55EG9609 only six millimeters, are made only at the bottom. That the end of the line has not been reached here, shows a feasibility study recently shown by LG – a not even a millimeter flat and flexible OLED screen with 55 “screen diagonal. A sound system has naturally found in the LG 55EG9609 also space. This was developed in cooperation with Harman / Kardon and is absolutely for a flat in order. Furthermore, worth mentioning is broadly clear and comparatively fast reacting operating system webOS. The Launcher This provides a practical and individually adaptable Quick jump system, the mandatory program guide and numerous smart features from the Web browser through to proprietary LG Store. If an external hard drive is connected, also recordings can be programmed course. This applies, however, to be noted that the 4K OLED models from LG are only equipped with a single tuner. However, this is a variety of streaming services on board. The selection is comprehensive and includes all the big names from Amazon over max cathedrals to Netflix and YouTube. Navigation through the menus is fortunately no longer with two separate remote controls. They are merged into an input device consequently in the 2015er version of the Magic Remote. With the new 4K OLED TVs LG presents impressive proof that the OLED screens are the future. Although the range of what is possible here, as opposed to the already sophisticated LCD display, is far from fully explored, the panels from LG already play full advantage of the new technology and can easily compete with high-quality LCD TVs. We monitor developments in this area excited because the other manufacturers are rethinking certainly sooner or later. Until then, LG remains in this area is the only alternative and an extremely convincing them.