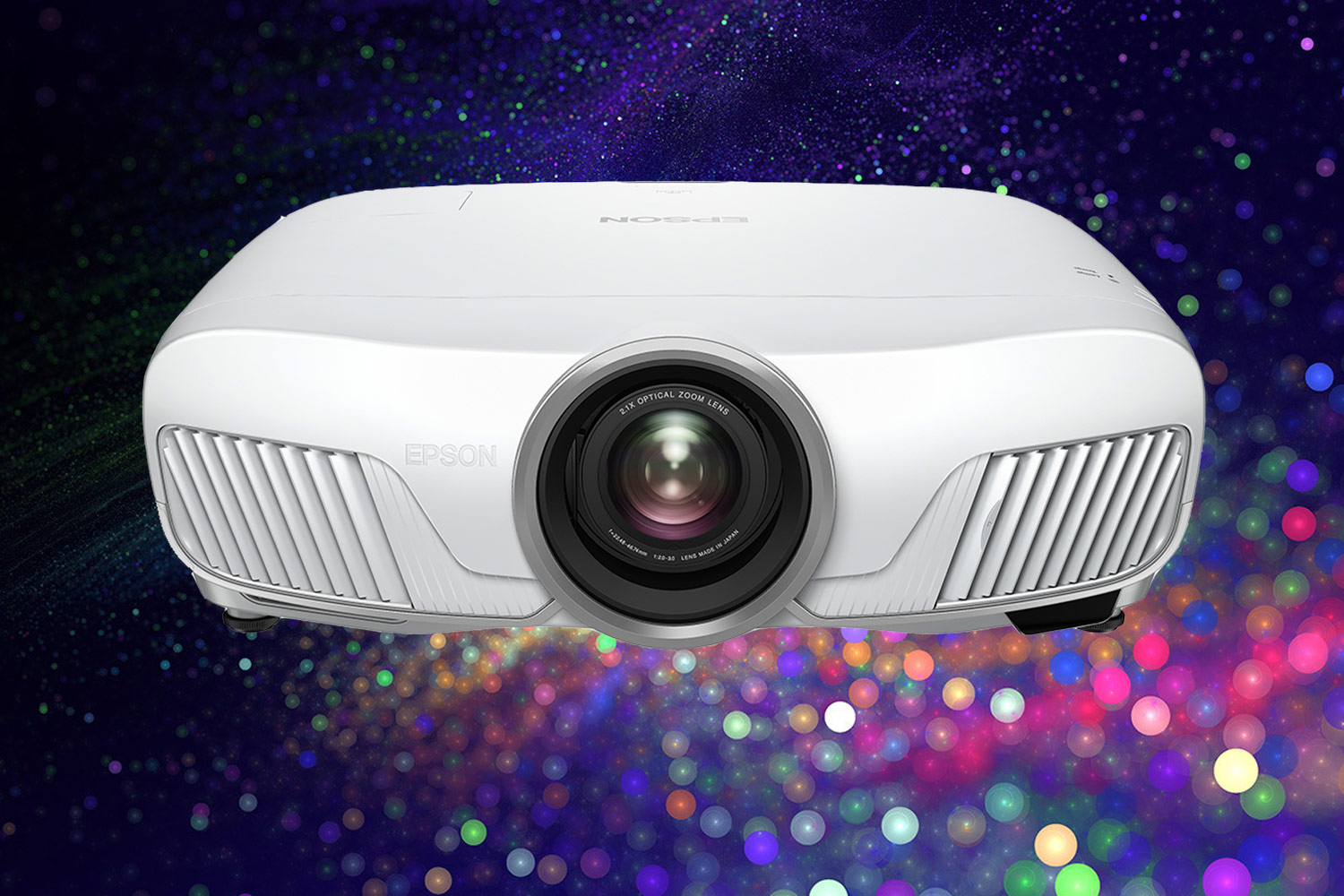 When the market leader in the field of projectors announces a new device, we, naturally, get quite excited. Now the Epson EH-TW9400W has arrived in our showrooms and we have done a few test hours, so it's time to summarize the most important innovations for you!

At the beginning, we take a look at the installed projection technology in general and especially at technical improvements compared to the predecessor. The EH-TW9400W is a classic 3LCD projector with a projector lamp as a light source whose light is transformed into the finished image by means of an arrangement of mirrors and LCD filters. Epson has refined this technique again so that the light yield is a bit higher and also in terms of contrast a bit more could be achieved. The Epson projectors have been delivering extremely convincing results in these disciplines for some time now for their equipment class; the EH-TW9400W confirms this with its superior performance. The same applies to the zoom and lens shift: Hardly any other projector can be set up as flexible as the Epson devices and the EH-TW9400W is no exception.

With regard to 4K playback, Epson continues to rely on its tried and tested 4K enhancement technology. A pleasing improvement is a possibility of now also transmitting signals via cable at data rates of up to 18 gigabits per second. While the processing of HDR signals (HDR10 and now also HLG) in the previous generation was limited to content with a maximum of 30 Hz, 50 and 60 Hz HDR productions are no longer a problem. Unfortunately, the WLAN restriction remains in place, as the transfer rate is not sufficient.

Also worth mentioning in this context is that the factory setup for HDR playback leaves a much more coherent impression than before. There is also a new setting that allows the average brightness of HDR signals to be adjusted over a wide spectrum. Extreme values are to be avoided as always, but as long as one dose in moderation, one gets an effective tool at hand to design the HDR representation according to one’s personal preferences. These and all other settings can be conveniently stored as a complete configuration on one of the ten available memory locations.

The Epson EH-TW9400W has been improved in some important points, now offers more extensive HDR support and thus leaves an even more complete impression than the predecessor model. Thanks to the high flexibility during installation, the projector is also particularly predestined for use under suboptimal spatial conditions.