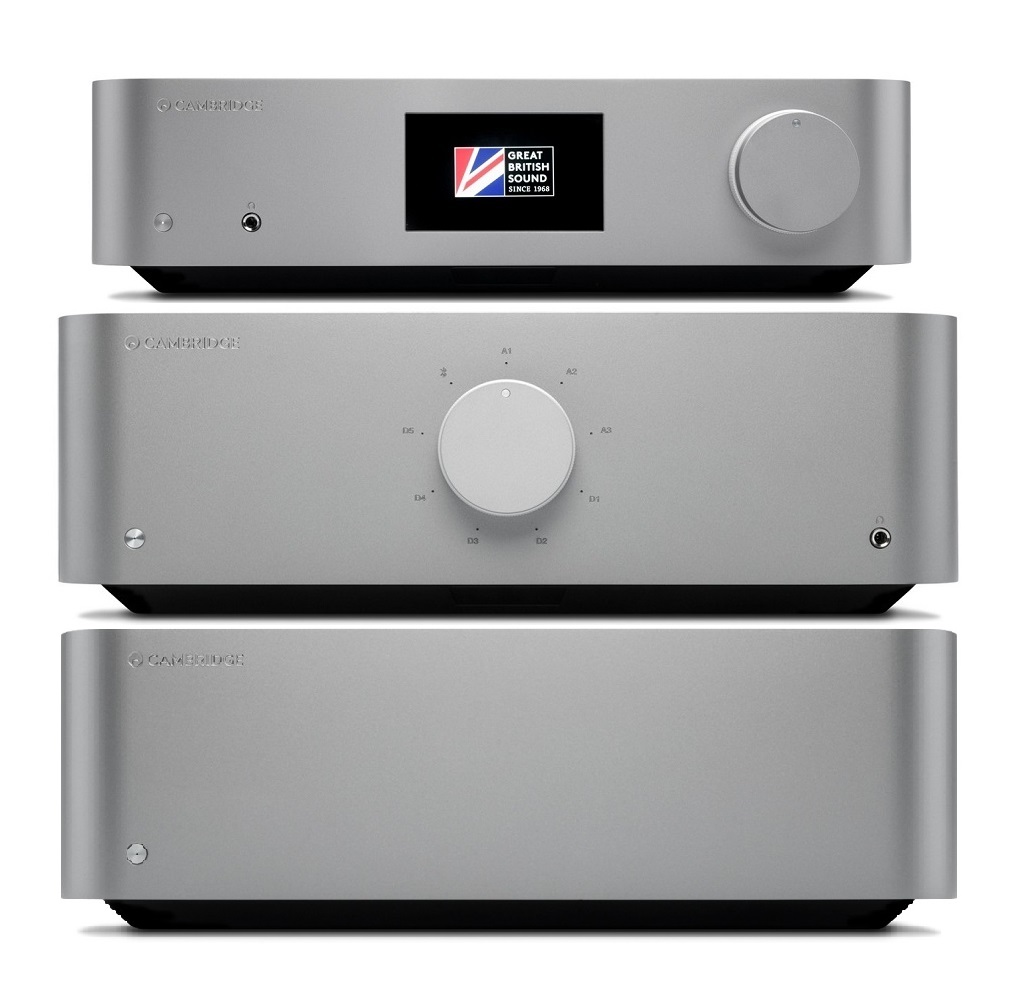 Over three years, the three new edge models of the British company were developed. A nine-person team has worked on this. The mission was clear: a grand 50th Anniversary Gift from Cambridge Audio – to yourself and audiophile music lovers. This goal was achieved by a mixture of already known technologies as well as new developments. This starts with the name of the series, because it pays homage to one of the founders of the company – the first Cambridge Audio product, the P40 integrated amplifier, was developed in 1968 by Gordon Edge.

Even at first glance, the three models are very noticeable. They owe this to the curves on the corners of the case, which give them great individuality and significantly contribute to the minimalist design. The chassis are made of thick aluminum and present front clean surfaces, behind a high-quality back.
The biggest visual differences between the three hi-fi devices are the massive rotating wheel on the Edge A, the large color display of the Edge NQ and the immense cooling fins of the Edge W.
Powerful, symmetrically mirrored toroidal transformer pairs are indicative of the interior of the impressive models. Thanks to this, any electromagnetic interference is compensated and also a uniform pitch is achieved, which operates independently of the volume. 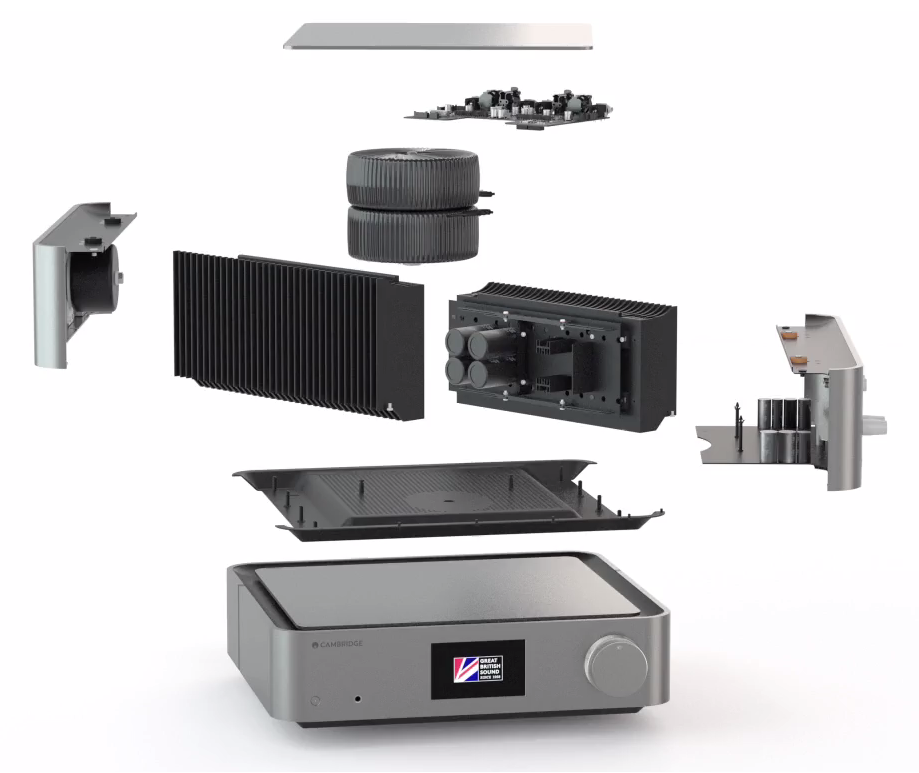 The NQ is a network player and preamp. Its connectivity is similar to that of the Edge A. To communicate with the home network, the ten-kilogram network player has Wi-Fi and an Ethernet interface. The preamplifier relies on the streaming platform StreamMagic, which can be controlled with iOS and Android via the app. The already known technology has been specially upgraded for the Edge series and now allows playback of almost all digital sources – be it AirPlay, the integrated Chromecast, Spotify Connect or even UPnP, ARC, USB and of course S / PDIF.

The NQ is a network player and preamp. The connectivity is compatible with the Edge A. The connectivity is a network player with WiFi and Ethernet interface. This is the preverstable to the streaming platform StreamMagic, which can be configured with iOS and Android via the app. The new version of AirPlay, the integrated Chromecast, Spotify Connect or even UPnP, ARC, USB and of course S / PDIF.

In the final stage, there are just 14 hand-picked components on the signal path. This reduced use creates a detailed and particularly spatial sound representation.
In the Edge W, which weighs just under 24 kg, a conventional AB amplifier has been extended by a bias voltage. As a result, distortions are greatly reduced. In addition, the power amplifier is more powerful because less heat is generated.
At entrances, the Edge W carries one symmetric and one unbalanced one. On outputs, in turn, it has which for speakers as well as loop outputs.

How important, Cambridge Audio has designed all three top models for the best sound possible. Characteristic is a dynamic and powerful sound, which is achieved by the recognizable audio signal. No matter which signal source is used: the sound experience is uncompromisingly at the highest level.

We are already looking forward to receiving the impressive high-end models in our range. We are happy to invite you to listen to our hi-fi studios – then you can convince yourself of the great sound of the Cambridge Edge series. And at our in-house show HiFi & Friends on the 31st of August 31st and the 1st of September, you also have the opportunity to be impressed by the sound of the Edge series.