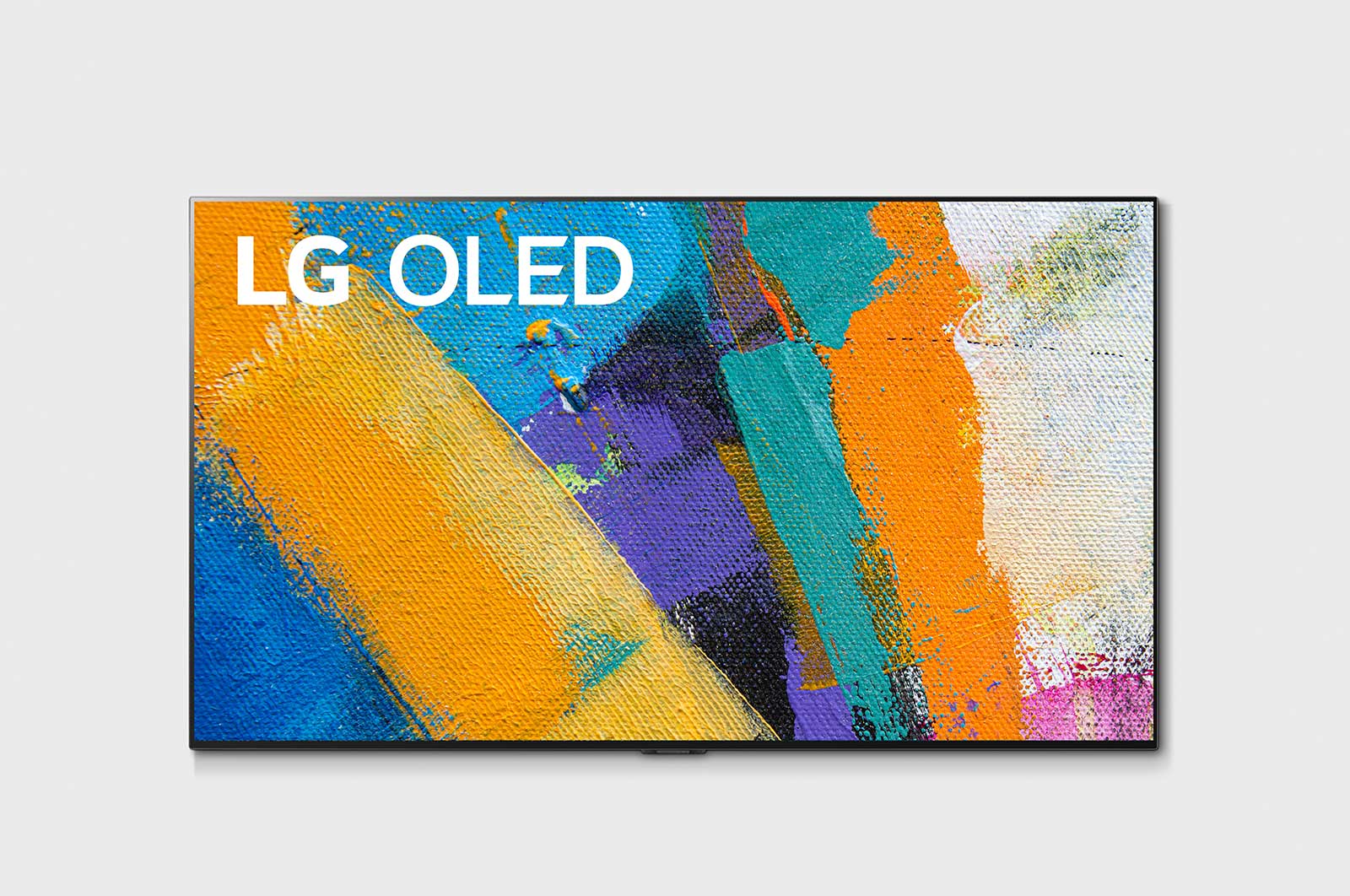 24. November 2020
The smiling face logo, LG, has been recognized for outstanding OLED TV sets for a few years now. Not only the CX9-OLED, recently introduced in our blog but also the Gallery Design GX Series TVs once again live up to this reputation. The LG Gallery series is available in the LG OLED55GX9LA (55"), LG OLED65GX9LA (65") and a 77" version.

The 2020 Gallery series inspires with its slim, minimalist design. With a housing depth of approximately thumb width, the associated models have extremely flat housing. They can be mounted on the wall without any space between them using the supplied wall mounting bracket, which is also used to dissipate heat. The whole thing is almost reminiscent of a painting in a gallery, from which the name Gallery Design is derived.
One of the strong points of OLED televisions, such as the GX series, is their ability to display even very deep blacks in several shades. The rich colours and fine picture quality are due to the technology based on over 100 million self-luminous sub-pixels.
The 3rd generation α9 4K AI processor used analyses automatically and optimizes the image and sound quality of all types of content using AI-based 8K/4K upscaling. The OLED shines particularly well in top-produced films and series in UHD resolution of 3840×2160 and with HDR technology. Dolby Vision IQ ensures the right brightness, colour and contrast for every scene and genre and also adapts to the prevailing lighting conditions. It goes without saying that the devices offer the best possible sound quality when Dolby Atmos is integrated.
In the age of Smart TV, demands have now grown beyond the optimum picture and sound quality. GX series televisions, for example, offer a whole range of convenient additional functions in addition to sophisticated design. The integrated streaming package from popular providers such as Disney + and Netflix, on the one hand, replaces external hardware solutions such as a Fire TV stick or Apple TV. On the other hand, thanks to LG’s AI ThinQ, the Gallery series also features practical voice control, which allows all functions to be controlled and monitored using a microphone in the remote control or natural remote control-free speech recognition. Also integrated are Google Assistant and Amazon Alexa, which can also be controlled by voice command.

Also, the TV sets enable the integration of AirPlay2 media content such as videos, music or even photos to be transferred wirelessly from an iOS or MacOS device to the TV. Especially because of the upcoming releases of the new consoles by Microsoft and Sony, G-Sync compatibility is another outstanding feature. LG OLED TVs are the first TVs in the industry to support NVIDIA G-SYNC technology, making them ideal for use in any gaming setup. In addition to this, the integration of HDMI 2.1, which enables higher frame rates and supports VRR, ALLM and eARC – which could also be interesting in this context.

Final Thoughts
The visually stunning OLED 4K Ultra HD TVs in the GX-Gallery series offer a wide range of forward-thinking functions to ensure that movies and series can be enjoyed at the highest level. Attractive handling options round off the overall package even further. With the televisions of the LG GX Gallery series, you are perfectly equipped for the future.

On Show At Last: The LG SL10YG Soundbar