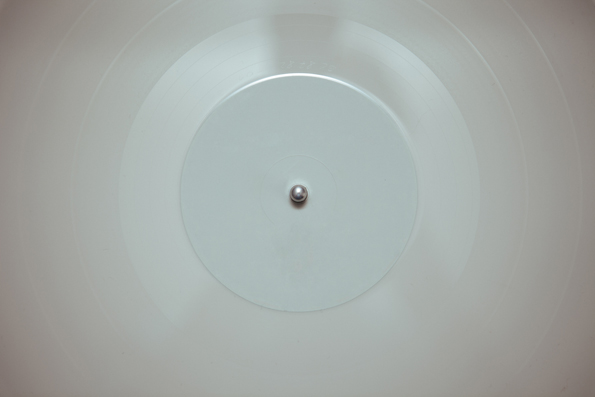 25. June 2014
Who would have thought? Outdated technology, bulky size, susceptible material and yet despite all this – or perhaps because of – vinyls are all the rage. The good old vinyl record is the deathbed risen to unite generations of music listeners. A kind of "back to nature" in the world of music media. But seriously: it actually seems almost like an unreachable kind of defiance of music that has lost almost every monetary value and is organized by supposedly intelligent algorithms even in genius playlists. While the CD despite haptic component already perfected the suspicion of the digital entitled adheres is safe with the vinyl disc: The computer isn't yet at the finish line

Although the market is comparatively small, the numbers are still impressive. While all other physical recorded music formats of the German music industry lost revenue last year, the sales force of the black gold rose approximately 19 million euros in 2012 to 29 million euros in 2013. Considering that in 2006 vinyl scored only 6 million euros turnover were, it’s a steep increase. The potential dealers and artists alike have responded. Since 2007, the so-called ‘Record Store Day’ whose origins are borne from the movement to save the record store culture in the U.S is now host to thousands of participating shops worldwide. The event, which takes place every year on the third weekend April, has cemented its significance. Limited vinyl editions are offered specially on this day, famous bands play called “instore gigs”, parties and club nights complete the program. The big chains are left out. Only the independent record retailers may participate and present their services: personal consultation, exchange ideas, discoveries and musical inspiration. (just as in Hifi im Hinterhof.;))

In addition to the social dimensions, the play decision to vinyl often is influenced by– as corny as that may sound – Space and Time. The dimensions of the format offer cover and booklet sufficient space so that images are not just images, but really can be art. This can distract you enough to forget about looking for the skip button. Instead, you’ll probably hear a familiar creak that is for a KO criterion par excellence and for the other the salt in the soup. John Peel moved here a clear position: “Somebody trying to tell me that what CDs are better than vinyl because they do not have any surface noise. I said, “Listen, mate, life has surface noise”. We had arrived at the technical facts on the subject of the record.

First, it should be noted that there has been in the long history of the record in a number of different manufacturing processes, material experiments and technical adjustments. These concern, for example, the playing time, the direction or the playback speed and have correspondingly different playback systems produced. A complete consideration is beyond the scope of this article, so here is no claim to completeness. The current record is for the most part made of polyvinyl chloride, which gives it the typical term “vinyl”. In the industrial production, a groove is pressed into the PVC plate which runs around the left typically from the outside inwards and the profile of which is an analog image of the original music recording in the frequency spectrum and time. One of the differences between analog and digital storage is almost tangible: due to the digital storage method can be accommodated on the comparatively small CD a much larger amount of data than on the analogue record, the per page only stores 20 to 25 minutes of music. But be located on the CD no analog image in the form of a groove, instead the data – or the portion that was taken into account as part of the analog-to-digital conversion – in the “pits” and “lands” encoded on the saved. The peculiarities of both worlds will still play a role when looking at the sound quality.
As a raw material for the production of records to PVC sat by for a number of reasons. In contrast to the still up in the 1960s in use shellac disc vinyl disc was less fragile. Radio stations began in the 1930s, recorded radio programs and advertising jingles to be sent to disc jockeys and sat thus on the alternative material. Recordings for children was the greater flexibility as to the best and the shellac shortages during the Second World War did the rest. In addition, the new material was a success in technical terms. Better utilization of the surface was now possible and the groove is narrower. The increased playing time and made in connection with a finer needle for fine improved sound impression with a lower level of noise.

Despite all the improvements, however, not all problems could be solved. As it’s a soft material, there is a certain susceptibility to scratches. Excessive heat may cause deformation and static electricity makes the disc a real dust magnet. Careless handling is noted with increased crackles, pops, or in the worst case even jumps and hangers in playback, which can spoil the listening pleasure. The medium thus requires some attention and consideration, but – as mentioned earlier – is much appreciated by many loyal fans. Visible ridges under a microscope

One gets the feeling of opening Pandora’s box, if you mentioned the words sound quality, vinyl and CD in one breath. Since introduction of the silver disc, the discussion about the pros and cons of both formats are not over and there are reports from the front on grave bitter struggles for the only real truth in music reproduction. We are content to provide you with a few facts on the way to their own personal answer.

The sound quality of a vinyl record depends on the mixture of materials used; the cut affects the end result inevitably. While the groove portion is provided at each revolution, is lower inside, the rotational speed remains constant. The modulation of the groove, which represent the sound in the outer region so have a longer wave-length than is the case near the centre hole. This fact alone affects the sound as in complex frequency signal components, while it is by no means a phenomenon for esoterics. Indeed, it is in production, so far this is possible, avoid too far to cut into the centre and also the choice of the order of the tracks can be influenced by that fact. The list of such technical intricacies and possible means of comparison are endless, but should be interpreted under no circumstances as an argument against vinyl. It shows only that there is an enormous number of factors, so that a superficial and ideologically guided discussion miss the point.

A final example: the technological limitation of the frequency range, the can play under theoretically perfect conditions, the CD, (Nyquist frequency at 44.1 kHz sampling rate) is 22050 Hz. In modern vinyl pressings can exceed this limit entirely. In order to make the full range of audible, but also all other components of the reproduction chain, such as drive, pickups, tone arm, needle, phono preamp must be closely coordinated. The lower end of the frequency range can in turn, cover the disc easily. The record comes instead at the lower end of the audible via the ear frequency spectrum (20 Hz) and below its physical limits.
With regard to the aforementioned noise, however, there is no doubt. These are not present on the CD. For this reason their sound is usually perceived as a cleaner. Apart from producing the supposedly less perfect analog technology but also such ‘errors’ which the human ear perceives as particularly worth listening to. So it is not unusual that when listening to vinyl by harmonic distortion, the image/height ratio to be very pleasant and the overall sound is perceived by a slight compression to be particularly powerful. These are, as you could guess, influenced among other things by the playback system accordingly to occur in varying degrees. With the question of whether one welcomes such effects or perceived as falsification, then come full circle and it’s time for a new round in the debate Vinyl vs. CD. A conciliatory message at the end: We are not in The Matrix and you don’t have to decide for the blue or the red pill. Neil Young made has made it before, and continues on after, the digital world. On one hand he promotes his vision of a high-resolution digital music player with his label Pono Music, he takes creative head Jack White on an album in a telephone booth-like cabin from 1947, the audio cuts refers directly to vinyl. The frequency range of Voice-O-Graph leaves much to be desired, but is really analogous. In the end, leave it to your gut feeling to resolve the issue of whether to take the vinyl plunge or not. In any case, such a decision provides an opportunity to rediscover the music, how it is consciously perceived and define their place new.

If you feel inspired to get to chain to get amongst the action or would like to retire your old system and enjoy the benefits of the latest technology, we are here and happy to advise you and comprehensively. We are available by phone at 030 253 753 10, email us at eShop@hifi-im-hinterhof.de and of course available face-to-face in the Großbeerenstraße 65/66 in Berlin-Kreuzberg available. Mo – Fr 10:00 – 19:00, Sa 10:00 – 15:00