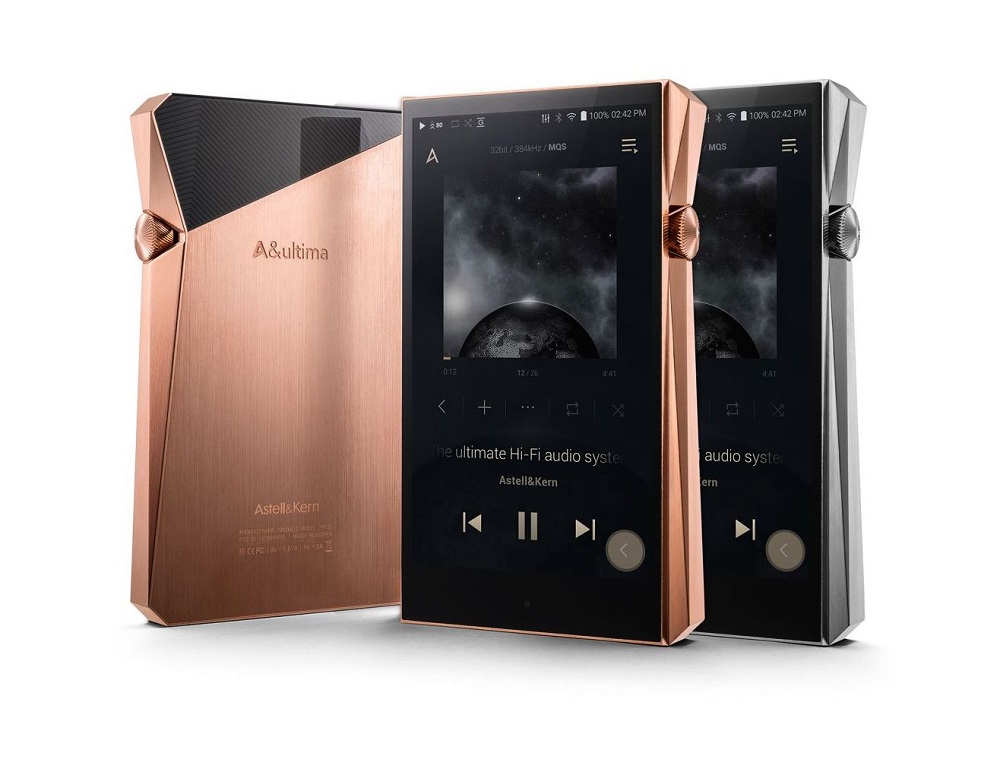 5. June 2019
A few weeks ago the annual High End trade fair took place again in Munich and Astell&Kern designed a new mobile digital player just in time for the occasion. As the A&Ultima SP2000 is of course included in our product range, we already get a preview glance of the flagship from the Korean company.

Astell&Kern players are characterised by their modern, almost futuristic design with a touch screen and unique volume wheel. The A&Ultima SP2000 can also shine with this design. The player is the third of the A&Ultima series and therefore the further development of the SP1000 from last year. Of course, the SP2000 comes with some innovations that are worth seeing.

It’s clear to say that Astell&Kern has incorporated the latest technology into the SP2000 and this player can really be seen and, of course, heard. For the first time, separate, independent audio channels were used between the Balanced and Unbalanced outputs. The digital player also features two new headphone amplifiers, which are twice as powerful as their predecessors.

On the one hand, the SP2000’s internal memory contains an incredible 512GB, and on the other hand, the model has a micro SD slot, which means that the memory can almost be doubled. All favourite tracks can, therefore, be transferred to the player without any problems so that you always have them with you. And with a battery life of up to ten hours on a fully charged battery, you’ll get something out of it for a very long time.

In addition, streaming is becoming more and more important. For this reason, the player has a new dual-band WiFi antenna to ensure excellent reception during streaming. And with the connection via WiFi or Bluetooth, the sound can also be streamed to wireless headphones. But the most significant change is, of course, the D/A converter, which promises outstanding audio quality.

Whether in the dark stainless steel version or the lighter copper version, the A&Ultima SP2000 is a portable player that is no less impressive than its home HiFi counterpart. It promises high-end sound on the go – regardless of whether the music is streamed from the Internet or played back from memory.