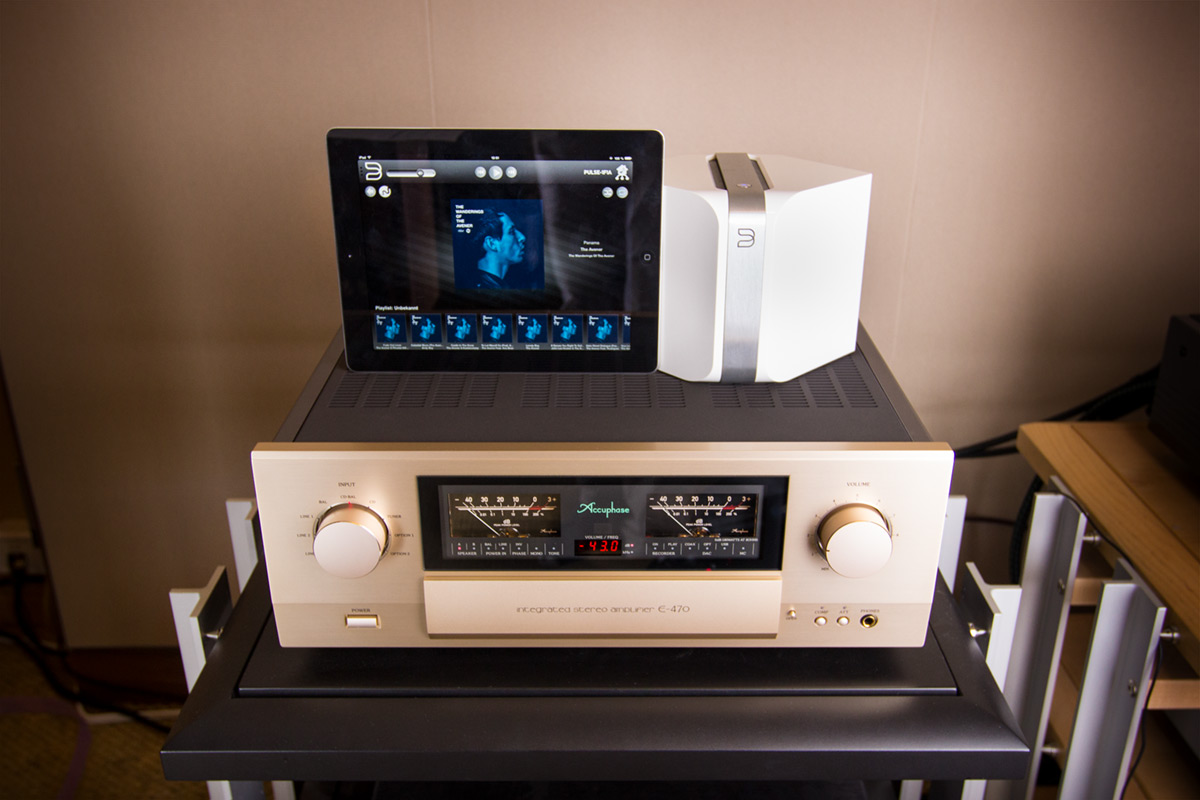 20. October 2014
The ongoing evolution of music shifting out of the physical sound storage medium, coupled with the way to many modes and formates of music data of storing data on your computer, laptop, smartphone or server has altered the classic job profile of hi-fi equipment. Without question, this profile can be all together further questioned thanks to the possibility of streaming entirely online, it is theoretically possible to forgo a locally-stored library all together. In response to these changes in the market, countless solutions are now available to ensure the seamless integration of the digital sphere. In addition to the special accessories there are also those products which combine what were once orginally seperate equipment categories. It's very easy to loose track, so we're going to take you through slowly, showing you several examples of components that really matter.

Let’s start at the source and to the difference between local and online streaming. The latter has been thoroughly examined in the previous article. Everything there still applies. WIMP is still the go-to for lossless streaming quality. For the other providers in this area there’s still room for improvement and but generally hi-res audio via streaming is currently still not an issue. One of the main reasons for this is probably the insufficient bandwidth of the data lines which means that a reliable transmission of such large amounts of data can not be ensured. In addition, the catalogs of suppliers are limited, despite its impressive size and if in doubt you have certain artists simply do without. So everything seems in all a complete waiver of locally stored music files therefore not currently recommended and is especially not an option if you value very high resolutions.

In response to these changes in the market, countless solutions are now available to ensure the seamless integration of the digital sphere. In addition to the special accessories there are also those products which combine what were once orginally seperate equipment categories. It’s very easy to loose track, so we’re going to take you through slowly, showing you several examples of components that really matter. Because of the limited possibilities of the online streaming so the local streaming is probably currently the more common scenario. In this case, the data are quite banal example, on the hard disk of the used home computer or laptop. Also, are smartphone, tablet or mobile music player as the primary source for music files conceivable. A third alternative would be to save on an external server. There is a special part of the relevant equipment hi-fi manufacturer, but on the other hand fulfills any NAS (Network Attached Storage) basically the same purpose. Regardless of whether the music at the end comes from the network or from the hard drive, it in any case require an interface that first receives the data, the digital information is then converted into an analog signal and this signal then provides the amplifier of the stereo. The following section will deal with various wireless and wired versions just go this interface.

The first presented here equipment category can probably be best described as a bridge between the amplifier and source. Connected to the stereo you receive the music data via Ethernet cable or over a wireless network and simultaneously take the internal digital-to-analog conversion. Such bridges can be found for example in the product catalogs of streaming and Multriroom specialists Bluesound, Denon Heos and Sonos. Basically, the operation is similar with all three providers, so it is controlled mainly by the manufacturer’s own apps on your smartphone, tablet or desktop computer. Depending on which streaming services you want to use any which functions and formats are particularly important to you and whether you value on high-resolution music via CD-quality, the recommendations fall but then optionally different from. Our comparison table summarizes some of the key ingredients together in a nutshell. Wired or wireless with DAC

If hi-res audio is an issue for you or you simply want to just make sure that their digital music data is uncompromising well done, your main focus should be possibly on a high-quality external DAC (digital-to-analog converter). A number of manufacturers offer conversion to in all different price ranges. You can connect a feed source wired via USB or via the optical interface directly to the DAC. If you do not want to give up a wireless transmission, of course, is beyond the possibility of the signal at the digital output of a bridge tap off and then convert to external. To combine two solutions together, considered separately, are also lead to the goal.

As a comprehensive all-inclusive solutions for the integration of online and local streaming is equally present the so-called network player and All-In-One devices. To stay in the picture, could they describe as high-end bridges with extended functionality and although manufacturers sometimes set very different priorities, there are some similarities. So you can support high-resolution music files offered here in a rule and according to the estimated prices are of course the built-in converter of decent quality. Numerous inputs and outputs for all eventualities, for example, the already mentioned external DAC, are also available and even if the respective manufacturer has an app in the offer, you will also find also controls the instrument or the classic remote control. Depending on the make are for data transfer via Ethernet or Wi-Fi connection as well as the subsequent D / A conversion and deployment of the music signal additionally additional features added, the FM / DAB + / Internet radio tuner, via the built-in CD player, up may extend to integrated server or amplifier. So it is theoretically possible even with only one device to replace an entire hi-fi system.

To summarize again. It is known that many roads lead to Rome, but in principle the inclusion of digital music is always based on the same basic elements:

With this classification in mind and aware of their own quality demands and listening habits, it is easier for the functions of various components correctly and to arrive at a satisfactory solution individually. More in-depth information on the workings of a digital-to-analog converter can be found indeed in our articles PCM- and the DSD-Verfahren.