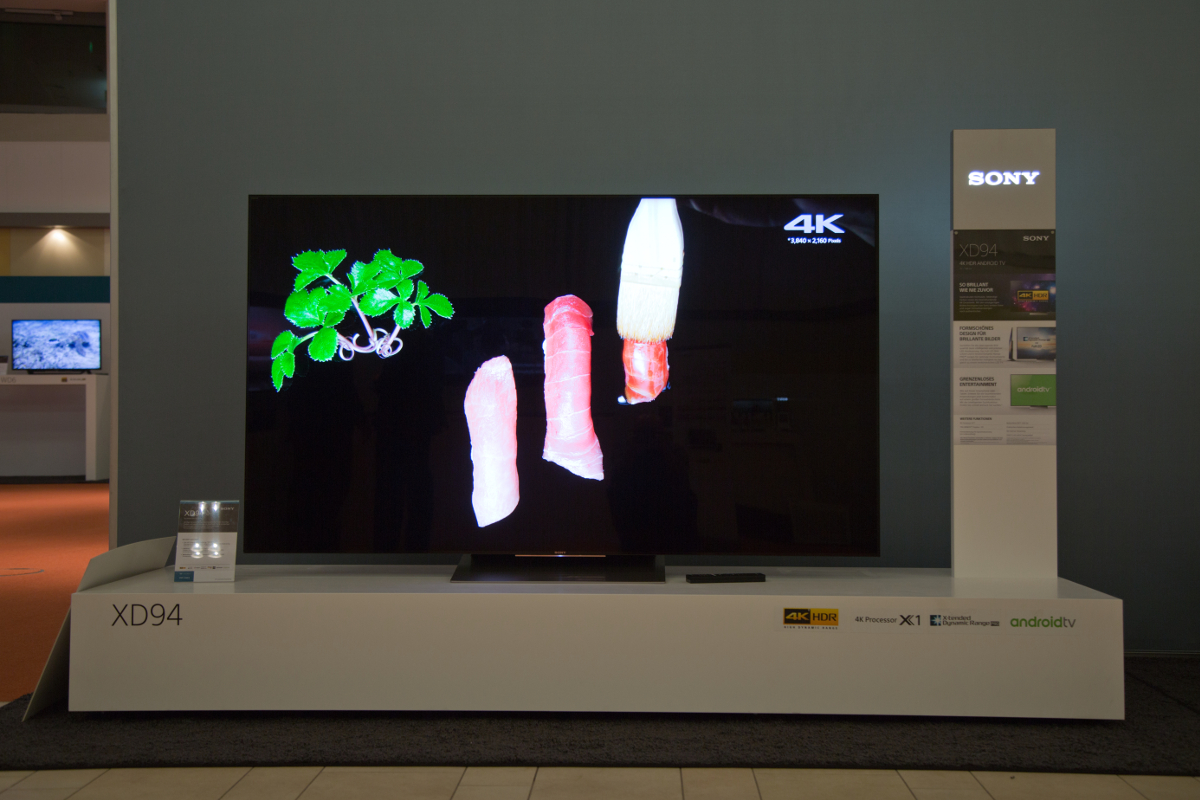 Traditionally, the largest TV manufacturers introduce their innovations in the first quater of the year. In addition to the CES in Las Vegas there are also the so-called roadshows which are an integral part of the annual procession,  the professional audience is given the possibility of inspecting new products in alongside a discussion with the manufacturers. For us it was this year was the first to present the Japanese giants Sony and we want to summarize our impressions in a nutshell.

As was to be expected, HDR (High Dynamic Range) is the major theme of the new generation  models. This means in general terms that there has been extensive and simultaneously finely increased colour and brightness reproduction, so that the images are ultimately more vivid and have a more realistic effect. As usual, it‘s important here, to the interaction of hardware and software and the latest after the HDR support was recorded last year in the Ultra HD Blu-ray specifications, makes the HDR–support on the part of television, of course an important role. Assuming same material, the effect is also definitely perceptible. The new HDR–TVs from Sony – XD94, XD93, XD85 and SD85 – are to cast a very crisp and a bright image in a position. Also noteworthy is the fact that it Sony despite the largely maxed LED technology and the overall increase brightness – apparently managed to improve the black display and the demarcation of bright and dark areas of the image again – Keyword HDR. We are curious about what is get out in this regard in the coming years and how the other manufacturers will propose in this field.

On the positive side is also highly successful design of the new Sony program. Thanks to the very thin bezel and the small enclosure depths – even the top model KD–75XD9405 with aufwändigerem Direct–LED backlight is without stand only about 5 cm deep – bear the variants with the large displays never too thick or act clunky. The aluminum-coated midfoot fit optically perfectly to the back and counterpart also turns out to be clever device to all cables bundled by the device lead away. The choice of different screen sizes fall within the individual series the way from different filling. The top model XD94 is planned exclusively as 75-inch version, the devices of XD93- and SD85 series – the latter with gecurvten displays – are available in 55 and 65 inches. The series XD85 offers with 55, 65, 75 and 85 inch screens the greatest flexibility still put the Japanese to “Android TV“, a customized version of Google Android. In addition to access to the major video on demand providers such as Netflix, Amazon Video, Watch Ever and max cathedrals is planned at least for the US market also has its own service with 4K / HDR content called “Ultra”. Whether this is launched in Germany, is not yet clear at this stage.

At first glance, makes Sony’s new TV generation a promising impression and image quality could convince. Once we have accurate information about the availability and the first units arrive with us, we will inform you here on hifi-and-friends.de or in our shop. For any questions, please feel free to contact us whenever!

DTS:X in Our Showrooms
image