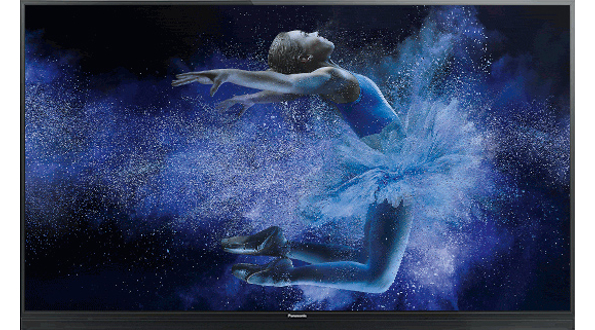 With the transition from the current Full HD to the new Ultra HD or 4K standard, inevitably competition between television producers enters a new round. A good impression of the current state of affairs was this year's IFA show where the major focus was on changing generation of video-technochology  and for many that was of the exhibiting companies offered a welcome opportunity to present new devices. Panasonic takes this opportunity to put its competitors in their place with the three models TX-55AXW904, TX 65AXW904 and TX 85XW944 present a united front with a number of good arguments.

After Panasonic announced the end of the last company-owned production facility of plasma televisions in the past year, they are now completely on the combination of an LCD display and LED backlight. In contrast to the still widespread “edge-lit” design in which the LEDs only line the frame of the screen, however, provide for the new upper class TVs of the Japanese behind the entire panel distributed, so-called “Full-Array” LED matrices for rich luminosity.

This design decision has several advantages. Benefiting the overall image of is the uniform illumination of the display, on the other hand allows the targeting of LED Arrays, in particular with contrasting or with very dark images can be much more accurately and with significantly fewer artifacts – such as smearing patterns during fast movement of play. Panasonic calls this picture-specific regulation of the luminosity of different groups of LEDs “Local Dimming Ultra” and equips the 900 series with 128 of these separately controlled zones, which are controlled based on a precise analysis of the incoming video signal. In combination with the newly developed, transparent LCD panel what result are  luminous stronger and richer colors, deeper blacks and a detailed drawing of a darker image areas.

Although the 4K displays are the flagship of the new models without question, rest assured that the inner values still aim to please with their functionality and ease of use. For example, the external set-top box is eliminated thanks to the integrated “Twin HD Triple Tuner”, which uses two independent signals simultaneously. These can be fed either be via antenna (DVB-T), satellite dish or cable and are extremely flexible and available to the user at any time. In addition to the almost obligatory picture-in-picture preview and display modes, especially the interesting network features are meant to relate to both the immediate playback and recording functions. Thus, for example, the possibility to recieve wireless connection with the free “Panasonic TV Remote 2” app (iOS / Android) one of the two tuner signals on your smartphone or tablet, while the other signal is fed into the TV. This allows the app extensive access to all kinds of control commands, from changing channels on your mobile device up to switching off the TV screen. If an external USB hard drive is connected, recording with the Panasonic TVs can be programmed in the usual way in the electronic program guide, if necessary, adapt and automate even over long periods of time.

During the recording can be started with playback, as well, of course, pre-recorded programs available. The second tuner signal is of course also continue on the television and in the network. Running two parallel shots, can one of the two recordings watch live or play a previously saved program.

Generally find both the current program and all shots at the widespread DLNA standard their way into the home network and can therefore not only on mobile devices, but also for compatible TV or Blu-ray systems streamed in their own homes be. In addition, the SAT> IP standard is supported. This is especially for cable users good news, because encrypted programs are principally excluded from the recording and the streaming, the latter SAT> IP but at least then is possible if the receiving device – for example a second SAT> IP enabled TV – also with a CI interface and an appropriate smart card is equipped to decrypt it.

But yet are still not been exhausted with the features! Panasonic goes in the truest sense of the word a step further and allowed under the banner “TV Anywhere” access to various features and content while on the road over the world. Assuming a sufficiently fast Internet connection, the live signal of the tuner and all recordings are available at any time. In addition, programming, access to more smart functions and data exchange (news, photos, etc.) to the TV are also possible.

What else is there?

The startup screen (my Home Screen) can be individually configured for different users and keeps the favorite channels, over subscribed Video-On-Demand services to be regularly used apps all favorite content ready. Another menu (my Stream) provides personal recommendations based on user behavior and the info bar informs about the current weather, news or personal notifications. On request activation of the device and the respective user profile using the proximity sensor and the built-in camera is possible. The latter can of course also be used for Skype calls and similar services. The supplied remote control fits seamlessly into the modern overall appearance of one, has a touch interface and also responds to voice commands. The connectivity options are with HDMI (4x), DisplayPort (1x), Scart (1x), Component Input (1x), USB (4x), LAN (1x), CI (2x), SD Card (1x), Digital Audio out (1x) and headphone output (1x) very extensive and guarantee a variety of uses over the “normal” TV mode also.
The three new models TX-55AXW904, TX-65AXW904 and TX-85XW944 are naturally available in our online shop and additionally up until the 05.01.2014 with an inclusive cashback deal available. In our showrooms we’re presenting the 900 Series beginning from January.