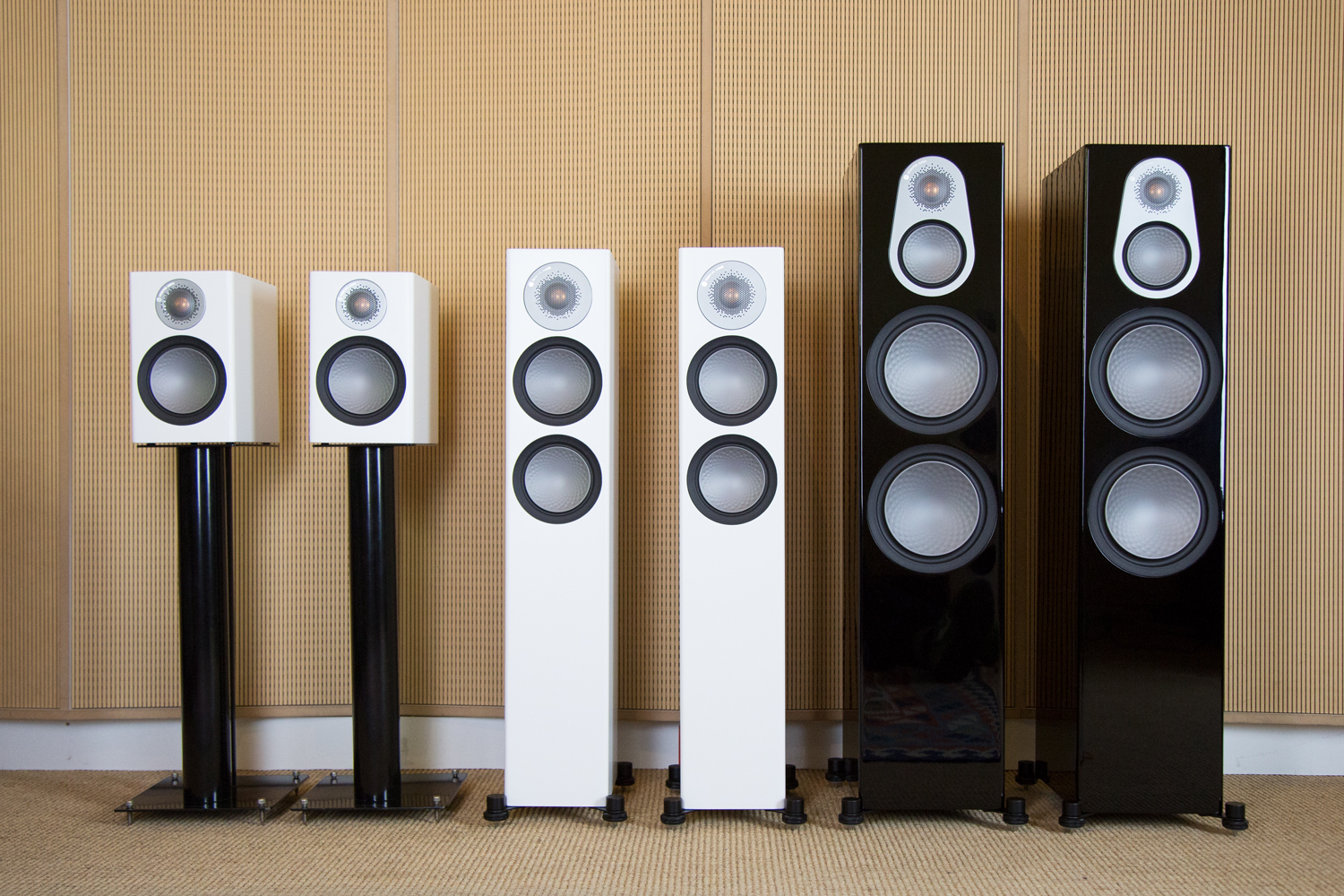 At this year's High End in Munich, we already had the opportunity to touch base with these new beauties. Now the new Monitor Audio Silver Series has arrived in our show in Berlin in its sixth installment. Time for a brief overview as well as a few first impressions.

Nine Instead Of Ten Models

The fact that Monitor Audio with the Silver 6G series is more than just cosmetic product care is immediately apparent on the first overview. With the Silver C350, a second, still lavishly equipped center speaker has been added for more sophisticated home theater setups, while the compact Silver 200 speaker has a significantly different design compared to the previous model, which can be seen at a glance. As a reminder, the Silver 6 loudspeaker had a front bass reflex channel below the second low-mid-range driver.

The Silver 50 and Silver 100 compact loudspeakers, the two large three-way speakers Silver 300 and Silver 500 as well as the Silver FX 6G dipole speakers and the C150 center console for home cinema applications were also reworked. With the subwoofer WA-12 with DSP-based automatic calibration, however, there are no significant changes to report.

At first, Monitor Audio has equipped the Silver Series with the most recent version of its two central driver technologies. The Gold Dome C-CAM Tweeter, consisting of an aluminum-magnesium alloy with ceramic coating and additional gold anodizing, provides for an extremely detailed elevation display even in the current version. The mid-range and low-frequency drivers, based on the same material with the diaphragm-type pressure-optimized diaphragm ensure an extremely low-resonance and precise representation of the remaining frequency spectrum. In addition, the Monitor Audio PL series has also been introduced into the models of the new Silver series. The connecting element between the driver and the oscillating coil is, for example, so worked that it is not flexible below the transition frequency, but reacts flexibly. Thus, excess high frequency energy should be damped, better cooling of the coil should be ensured, and the resulting air pressure should be derived more efficiently.

On the other hand, the drivers are already fastened with a long stud bolt on the rear of the housing. This approach not only provides optimum stability, but also makes it possible to dispense with optically disturbing screws on the front of the loudspeaker. Since, in addition, the supplied fabric coverings are magnetically adherent, the front – even without the cloth – are absolutely magnetic. There would also be a lot of other technical details to consider, such as the new, sophisticated housing construction or the HiVe II bass reflex channels, which are located on the rear of all models and are available twice for the speakers. But we would rather write a few first impressions. The following statements mainly refer to initial experiences with the stand-alone speaker models: overall, the sound is even more balanced than with the previous models. The mids leave a very harmonious and balanced impression. The height range leaves nothing to be desired with regard to precision and detail, while at the same time the presences do not have an exaggerated analytical or even exhausting effect. The bass reproduction is fast-paced and controlled – definitely loudspeakers, which are really fun, but at the same time react very sensitively and do without unnecessary over-concentations consistently.

MonitorAudio has succeeded in designing a series of extremely agile and musical loudspeakers with the new Silver 6G series, which is compared to its predecessors. With the Silver FX dipole speakers and the second center option, the series has also become even more interesting for home theater applications, as well as the overall sound characteristics of a high-quality surround setup. The price / performance ratio is quite excellent – here you get a lot of loudspeakers for the money. To that extent: Absolutely!