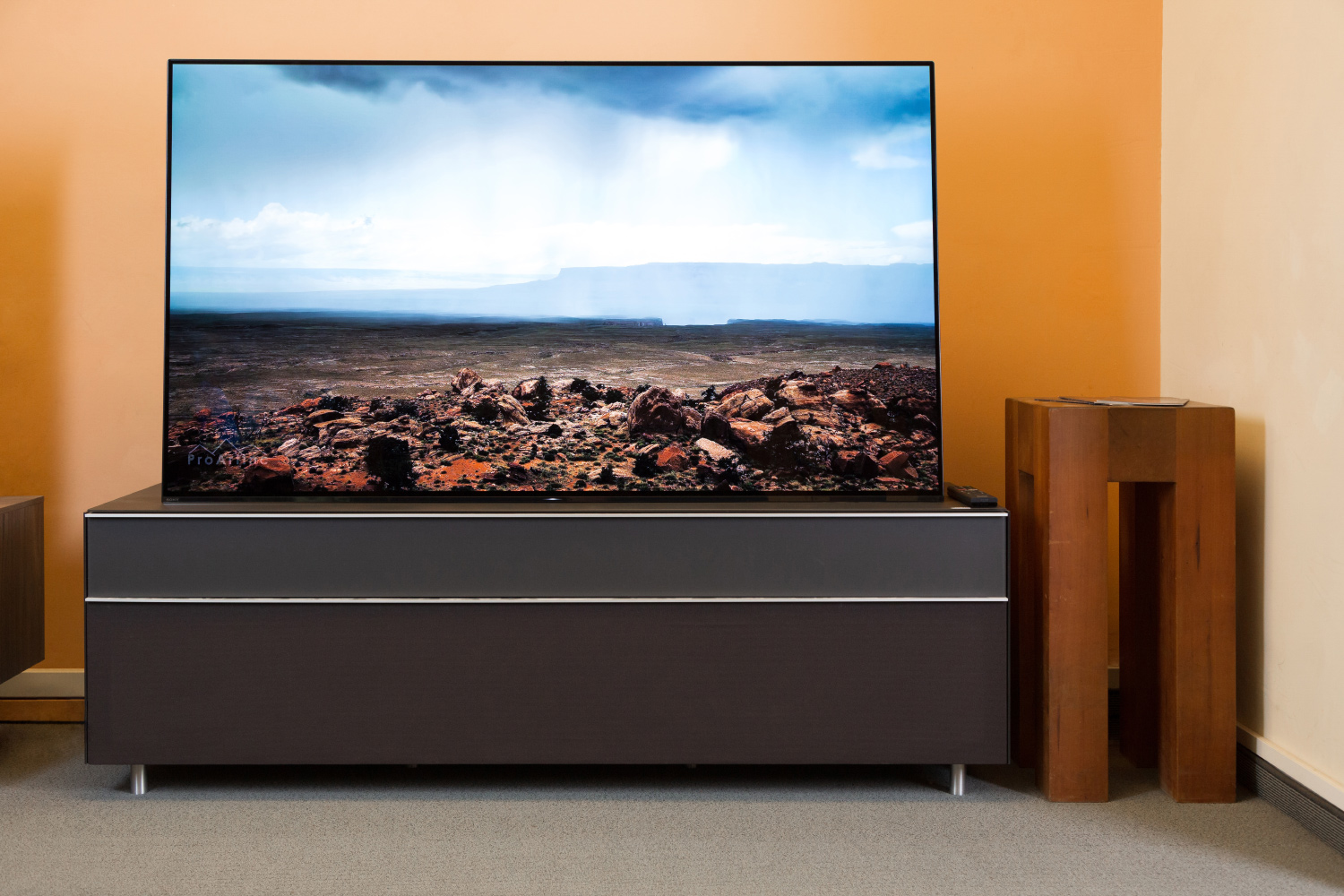 Sony's first OLED TV, the A1, received a lot of praise last year for its unusual design, stunning image quality and some interesting technological refinements; now with the AF9 is the revised version in our demonstration. What has changed compared to the previous model, we clarify in this article.

Available in 55″ and 65″ sizes, the Sony AF9 is broadly based on its predecessor. The aluminum frame of the display is very discreet, the light at the front can be switched off if necessary and you won’t find a conspicuous Sony logo so that the TV is hardly noticeable even during operation. AF9 is also stable thanks to a support element on the back of the panel, which can be hinged to the panel during wall mounting. So while the basic principle has not changed here either, the element has been reworked in detail: It is positioned at a slightly more acute angle than the A1 and has also become somewhat larger, as two side-radiating subwoofers are now used, which ensure better bass reproduction, especially in the case of wall mounting. The fabric cover, which covers the entire support element including the connections, has now also been provided with a visually appealing triangular structure and consists of two separate parts.

Speaking of connections: The AF9 has all the interfaces you would expect from a current high-end TV (4x HDMI with eARC, 2x satellite, 1x cable, 1x composite, 3x USB, etc. for hard disk recording, WLAN and Ethernet, Bluetooth, 1x TOSLINK audio-out). But there is another special feature: Like its predecessor, the AF9 also features Acoustic Surface Audio+ technology, i.e. so-called actuators on the back of the panel set it vibrating to generate the sound waves. What is new is not only the fact that the AF9 uses three instead of just two actuators (makes a 3.2 channel system together with the subwoofers) and the whole construction has been completely revised but also the possibility to use the TV as a center speaker in a surround setup. For this purpose, the AF9 has a typical loudspeaker terminal for connecting a standard loudspeaker cable. The corresponding operating mode can be activated via the menu. Sony once again surprises with an interesting idea in terms of sound, which is an interesting option thanks to the really good sound of the AF9. 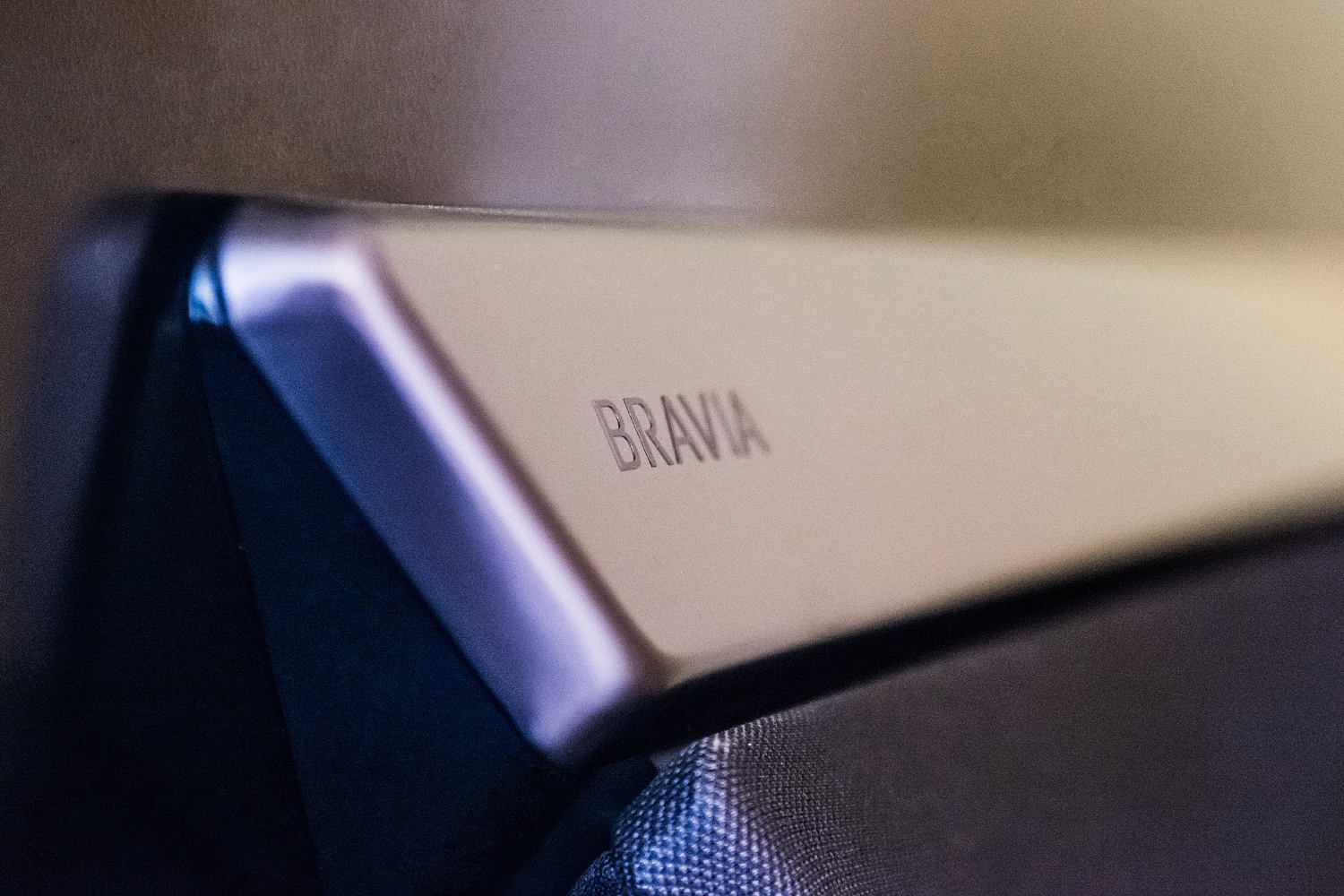 Let’s get to the supreme discipline of any TV: picture quality. The Sony AF9 has a state-of-the-art OLED display that produces a truly outstanding image and is particularly eye-catching when combined with HDR content – supported by HDR10, Dolby Vision and Hybrid Log Gamma (HLG). A not inconsiderable part of it also has the Sony praised processor X1 Ultimate, which is responsible for the calculation of a variety of image optimization programs. First and foremost, the functions Object-based Super Resolution and Object-based HDR Remaster are used to identify different areas and even individual objects in each image in order to optimize detail sharpness and coloration. In addition, the lightning-fast comparison with large image databases, which are continuously expanded, provides for an effective noise suppression and an improved calculation of movements, transitions, and areas. This also benefits streamed videos from vendors like Amazon and Netflix. In cooperation with the latter, Sony has developed the so-called “Netflix Calibrated Mode”, which is intended to optimally reproduce the data supplied via Netflix. 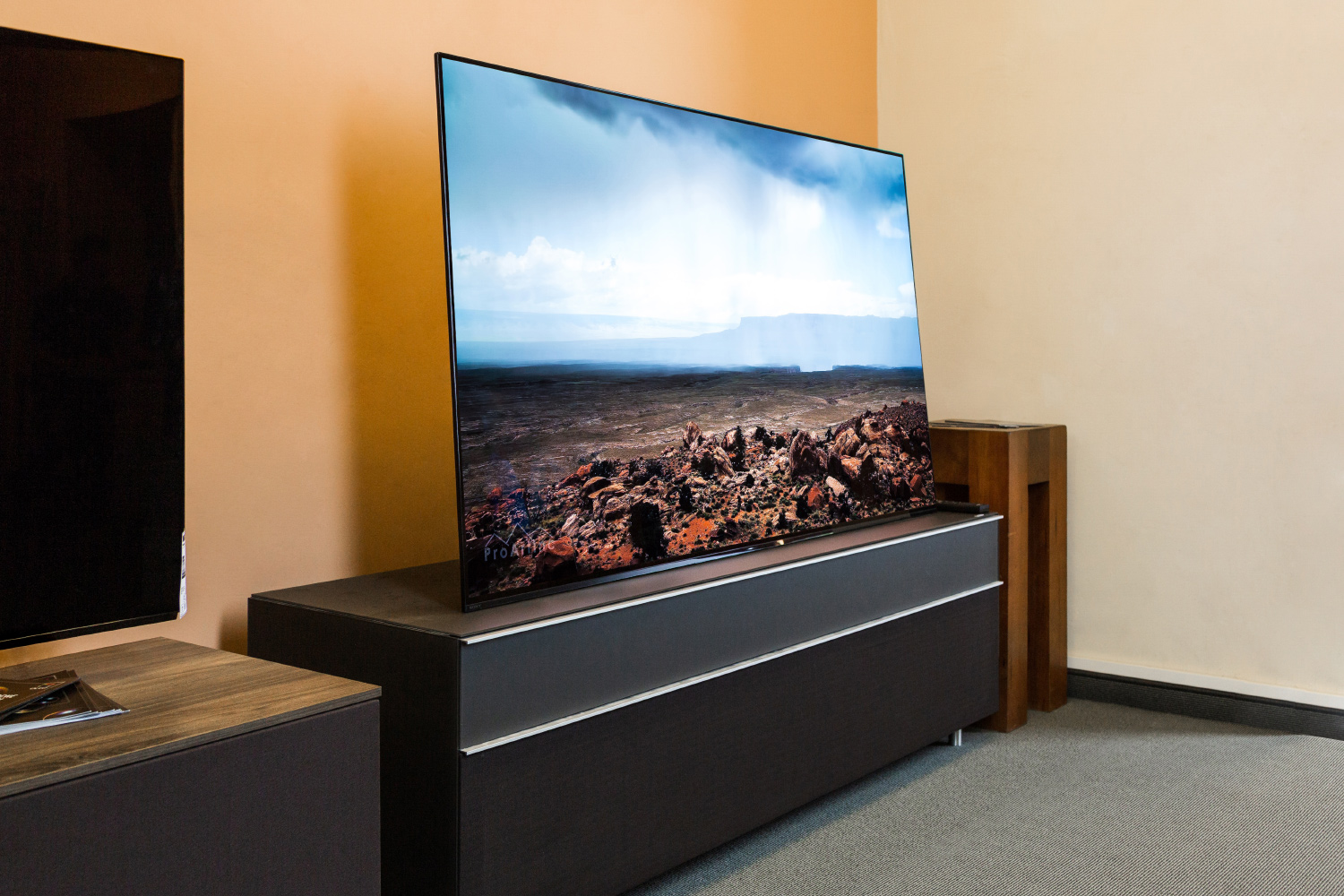 Overall, the hardware plays at such a high level that Sony apparently has no problem moving it close to its own reference monitors for professional studio applications. Since no other manufacturer in this form covers the entire spectrum from camera technology to post-production to professional or consumer playback systems, the argument that Sony knows exactly what matters is not entirely out of the question. This qualification for the AF9 also practically means that an auto-calibration can be carried out with the professional CalMAN software – a measure that, according to experience, still gets a bit more out of it. So that the OLED display doesn’t lose quality in the long run, the processor X1 Ultimate recognizes static images and adjusts the pixels in such a way that a burning in of certain picture elements is not possible.

In addition, there are a number of other aspects worth mentioning which mainly concern the control and communication of the TV with other devices and platforms. Google Assistant (voice control), Chromecast (streaming and data exchange interface) as well as the Google Play Store are supported and Amazon’s Alexa is also being introduced on the Sony AF9. The Android TV operating system has been improved again with version 8.0 so that navigation through the menus is quick and easy.

The Sony AF9 no longer has the big surprise effect of its predecessor A1 on its side, but the already convincing concept has been improved in all essential aspects. The result is a completely successful high-end OLED TV that is definitely worth a look.

We asked Stefan about the new AF9. In our current video, he introduces the top model and its finesses once again briefly. You can see the TV in motion and be captivated by its impressive pictures. Have fun!