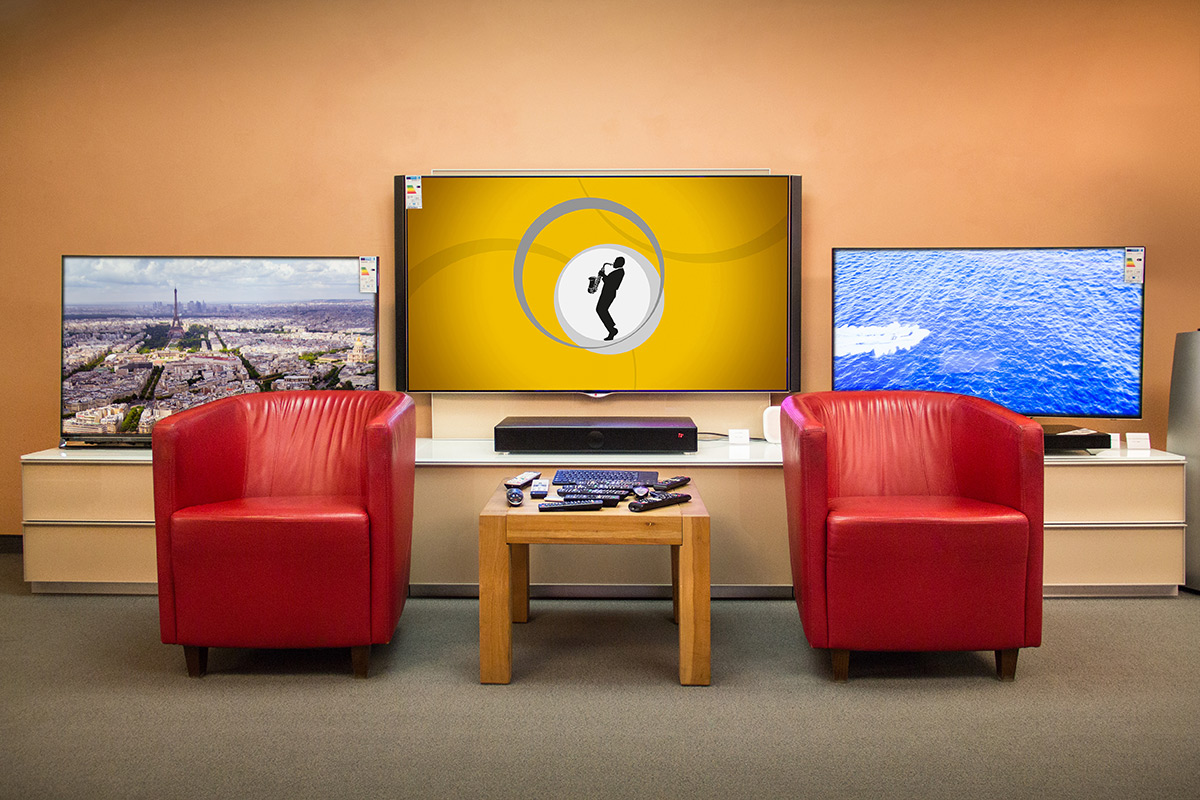 24. August 2016
In our demonstration, you can find both LED and OLED TV models. Of course, we’ll always provide you with comprehensive advice on what is right for your TV needs. To advance your understanding on the latest themes, we have condensed what is going on with an overview on this technology at the moment and why the black display of OLED displays is particularly convincing. So we have summarized the most important things for you.

First of all LC LED screens, which means as much as light-emitting diode in German, compared with old LCD devices are mainly differentiated by the backlight. This is not a new screen technology, for light-emitting diodes will be only instead of the previous fluorescent tubes used which radiate from behind by an LC display.
In Edge-LED devices, all diodes are distributed in the framing around the display. Full-LED screens (also Direct-LED), however, have full surface diodes mounted behind the panel. The special feature of this display is that each of the LEDs can be controlled separately, resulting in a better display of contrast. The loss of contrast, you could find in LCD technology with fluorescent tubes is fixed in both cases by the LED-Extension. Especially Direct LED achieves improved contrast and black levels, whereas Egde LED brings a low-profile design with it.

By the way: Quantum Dot is a technology in which nanocrystals are attached either directly to the LEDs or in a layer in front of it. These nanocrystals improve possible brightness and provide brighter colors of the display, because they produce a more neutral white backlight.

The electronics manufacturer LG and Panasonic dealing for some time with the organic light-emitting diodes. Previously developed Samsung OLED panels mainly in the smart appliances area. In the coming years, this will change but, so OLED TVs are expected also from Samsung. An OLED screen, which is the English acronym for Organic Light Emitting Diode, is composed of two electrodes, between which there are more organic, thin semiconductor layers. Once the electrodes are supplied with current, the organic layer in different colors will light up. It requires no backlight. One can imagine this, that a pixel is lit, the pixel is deviated but not controlled and therefore remains black. This remarkable black display is achieved.
The color of the pixel is, depending on the design, either directly (RGB OLED: red, green and blue light is generated) or by color filters (White OLED: red, green and blue OLED material is stacked and when electricity passes, produced white light ; this flows through a colour filter to create the correspondingly coloured subpixels).

As the aging process of the pixels in the second variant is smooth, this is the more appropriate option.

If you want to know more about OLED even more, we recommend this post in which we present several LG models

In summary: What are the differences between OLED and LED? Their flexibility OLED screens can be secured in the long term on every conceivable object. Here not even the viewing angle stability is affected, since OLED devices even in a changed perspective provides a true picture. Potentially everything can be to the luminous body and the ability to produce in the future flexible OLEDs, which can roll like a newspaper, let SciFi hearts beat faster.
OLEDs are made up of several organic semiconductor layers of inorganic LED (where “organic” in chemistry generally carbon-based compounds). The LED technology is of course now very mature. OLED devices are currently still in production more expensive, which is reflected also in the price of high-quality OLED TVs. Remarkably, however, the reaction time of the screens, which is faster than that of the LED technology.
While not reach OLED devices, the brightness is obtained with LCD TVs thanks to LED backlighting, but they can also be much darker.

We have TV with both technologies from Samsung, Sony, Panasonic and LG in our demonstration. We are happy to welcome you here, so you can make yourself a picture of it.