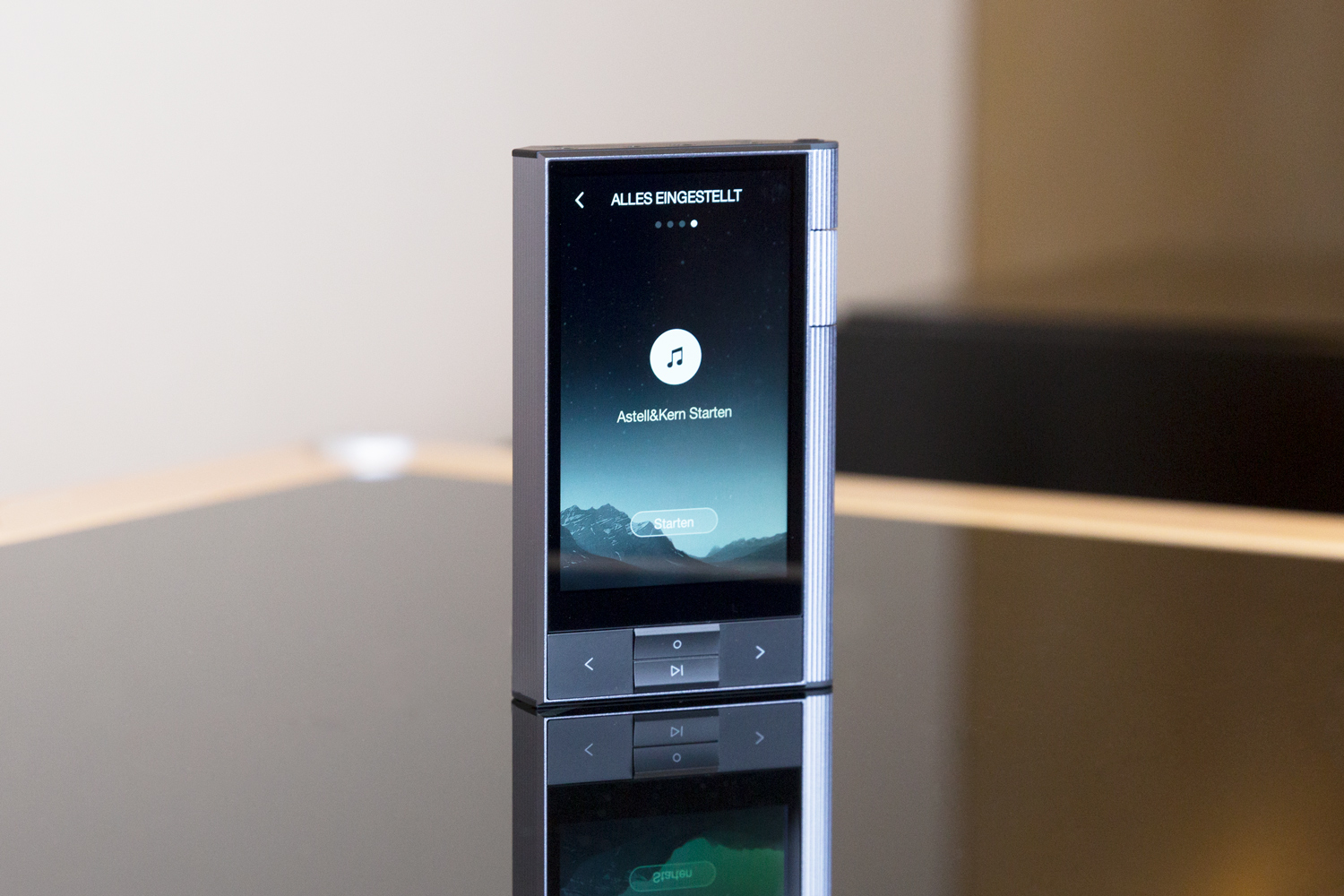 23. May 2017
True to the motto of "high-quality audio for on the go", Astell & Kern has extended the scope of high-end portable devices with the release of the KANN. Massive storage capacity, long battery life and comprehensive performance for all headphones: Let's take a closer look at the technical finesse of this player.

Some time ago, we already addressed the history and philosophy of Astell & Kern and presented the devices of the 300 series. This time, it is to be specifically about the new KANN, which is based in parts on the previous players.

The focus of the KANN

The KANN is a robust player for traveling, which due to its solid aluminum housing in the colors blue and silver is well armed against resistances. A completely new approach was taken to the design, so that the player stands out against older models. While the control elements of previous devices were attached to the left side, the mouse now has four buttons at the bottom of the screen. In addition, a volume control can be found on the right-hand side, which facilitates one-hand operation. The screen is still a high-quality LCD screen. It has a resolution of 800 x 400 pixels and is a touch screen. It is protected against scratches by the two enclosed transparencies.

What is significant, of course, is the storage capacity of KANN. It is equipped with an internal memory of 64 GB. In addition, the Digital Audio Player has a card slot that supports an SD card with up to 512GB as well as a MicroSD slot for cards up to 256GB. Theoretically, you have over 800 GB of memory available. The player plays from mp3 over WAV bishin to FLAC every sound format. Even the DSD format is output natively and without conversion. Until now this function was only available for the flagship, the AK380.
The music streaming service TIDAL is already integrated in the Android-based operating system. Extension through various apps is not planned. All music files from the home network can be transferred via hi-res quality. The digital audio player supports Bluetooth 4.0 with aptX and offers a digital USB audio output. Furthermore, the digital player has a purely analogue, powerful, integrated amplifier part. This provides a voltage of 4 volts (unbalanced) or even 7 volts (balanced). The enjoyment of the fine, natural, clear sound of the KANN with a multitude of different headphones is nothing to prevent.

The CAN contains a D / A converter of type AKM AK4490. A single DAC was used here, which can display content in the PCM format. In addition, thanks to its micro USB interface, the audio player can of course also be used as a D/A converter for computers.

The recharge time is up to 4 hours with a quick charger and then the 6000mAh battery is used for up to 15 hours. By the way, the USB-C interface is loaded. With the KANN, Astell & Kern have created a device that connects a portable audio player to a high-end amplifier. This digital player brings a lot to accompany the user through everyday life. We cordially invite you to test in our headphone studio!

Sony Bravia A1: The First OLED Televisions From Sony

Back to Basics: Home Cinema Projection