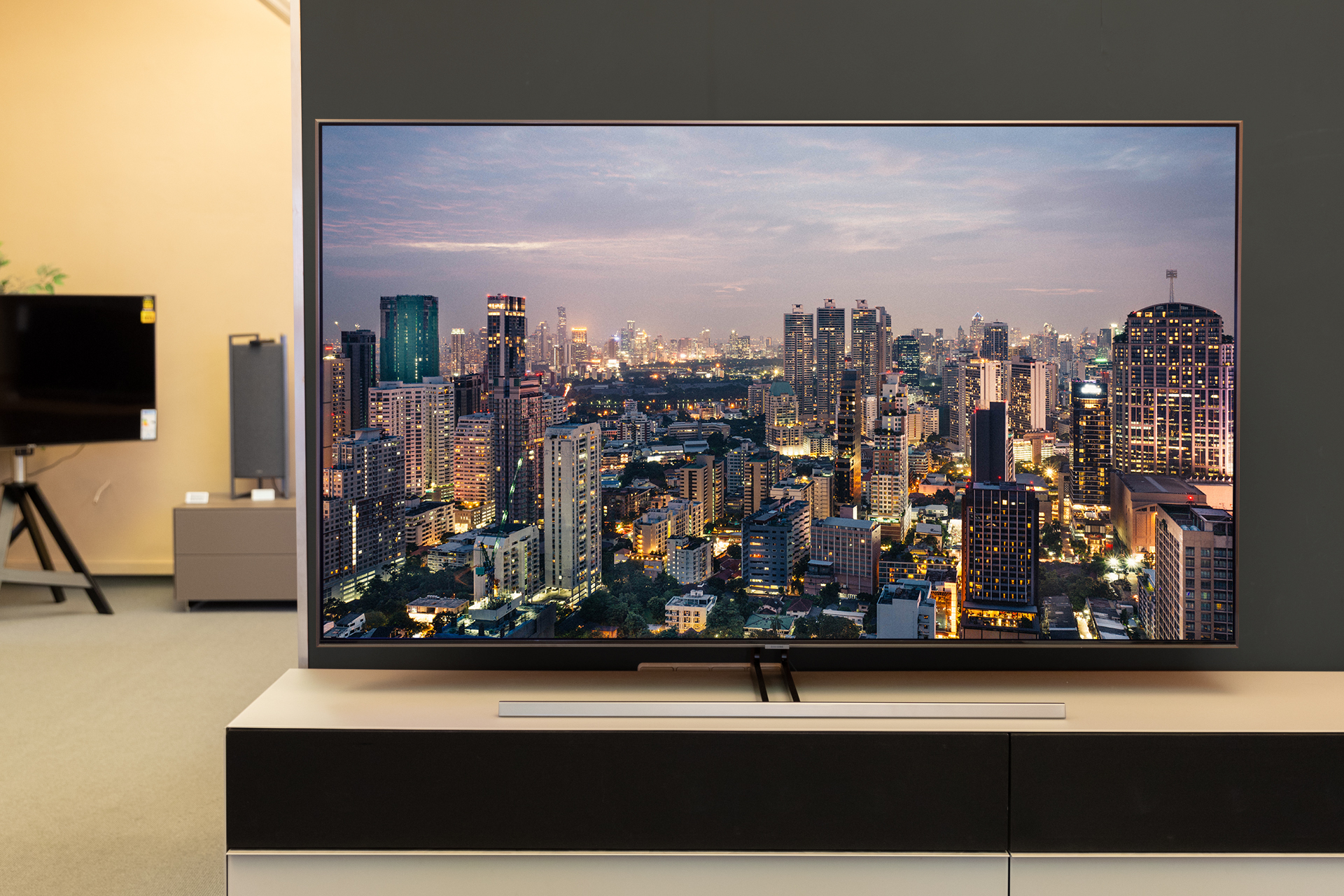 3. April 2019
What do the televisions look like on Samsung this year? What has changed? This spring, the screen sizes coming from Korea — with the new Q-series — is launching a considerable range of top models in a wide variety of designs onto the market. They stand out above all in terms of screen dimensions, picture quality and resolution.

Samsung’s new Q series are the successor models to the televisions from the previous year. First and foremost they shine with bright colours and an impressive picture, but also their outward appearance makes them look good. The models fit comfortably into the living room.
The following refers to the Q60R, Q70R, Q80R, Q85R, Q90R and Q950R TVs in the new range.

Similarities In The Series

Common to all models is the high color space coverage. According to Samsung, this is a full 100 percent in the DCI-P3 color space. In order to be able to optimally calculate images with low resolution, the devices have a quantum processor that has a considerable ability to scale. A special highlight is the Real Game Enhancer, a mode in which the TV directly detects when a console is connected via HDMI and immediately switches to game mode with all its finesse. A big advantage for players*!
Furthermore, the Ambient Mode of the predecessor models was resumed, which displays the weather or pictures in standby mode, for example. Samsung is also using the Linux-based Smart TV system Tizen again.
Another popular feature is the One Remote remote control, which should not be missing in the 2019 lineup either. Thanks to the in-house voice assistant Bixby, voice control is also included. But Alexa and Google Assistant can also be connected to the TV via loudspeakers and thus control it. And while we’re at it, I’d like to mention at this point that compatibility with Apple AirPlay 2 is of course guaranteed.
Of course, all televisions support HDR10, HDR10+, and HLG. As usual, Dolby Vision is omitted and DivX and the audio format DTS are not integrated either.

Difference Between The Models

The Q60R has an Edge LED backlight. The Q70R, Q80R, Q85R and Q90R televisions, on the other hand, feature full array local dimming when it comes to backlighting. With this technology, the lighting is distributed as a direct LED over the entire background and additionally divided into individual zones. These can be controlled separately, resulting in a high contrast ratio and impressively low black levels.
Improved viewing angle dependency has long been on the agenda of various TV manufacturers. With the new models (Q80R and up), Samsung has now used a technology that really makes this idea come true: The trick is the feature called Ultra Viewing Angle, thanks to which the colors remain well preserved even when viewed from the side. First, the light from the background lighting is focused forward, avoiding leaks in the light. It then passes through a layer that distributes the light evenly, so that the full-color intensity can be seen from the center as well as from the side. Fading colors and diminishing brightness are a thing of the past.
Starting with the Q85R and up, there’s also the practical One Connect Box again, which offers great convenience with its HDMI, USB and antenna connections. It is connected to the screen via a 3 mm thin cable and doesn’t even need its own mains connection.

The Samsung models are based on a 4K quantum image processor. The Q950R even features an 8K version. The advantage of this is that current content can be added up to 8K through an integrated database. This technology may still be in its infancy, this TV is equipped for the appropriate feeders thanks to the HDMI 2.1 connection. Until then, the Q950R is equipped with three levels that match the picture and video with the integrated database and add details to the already existing information. Detail Creation adds texture, Edge Restoration sharpens blurred edges, and Noise Reduction reduces noise.

It is above all the details that make the new Samsung TV models so interesting. Especially in terms of viewing angle dependency, Samsung has made a big leap forward. We are looking forward to the new models that will arrive in our TV studio in the coming weeks. You can already take a look at the large Q950R.