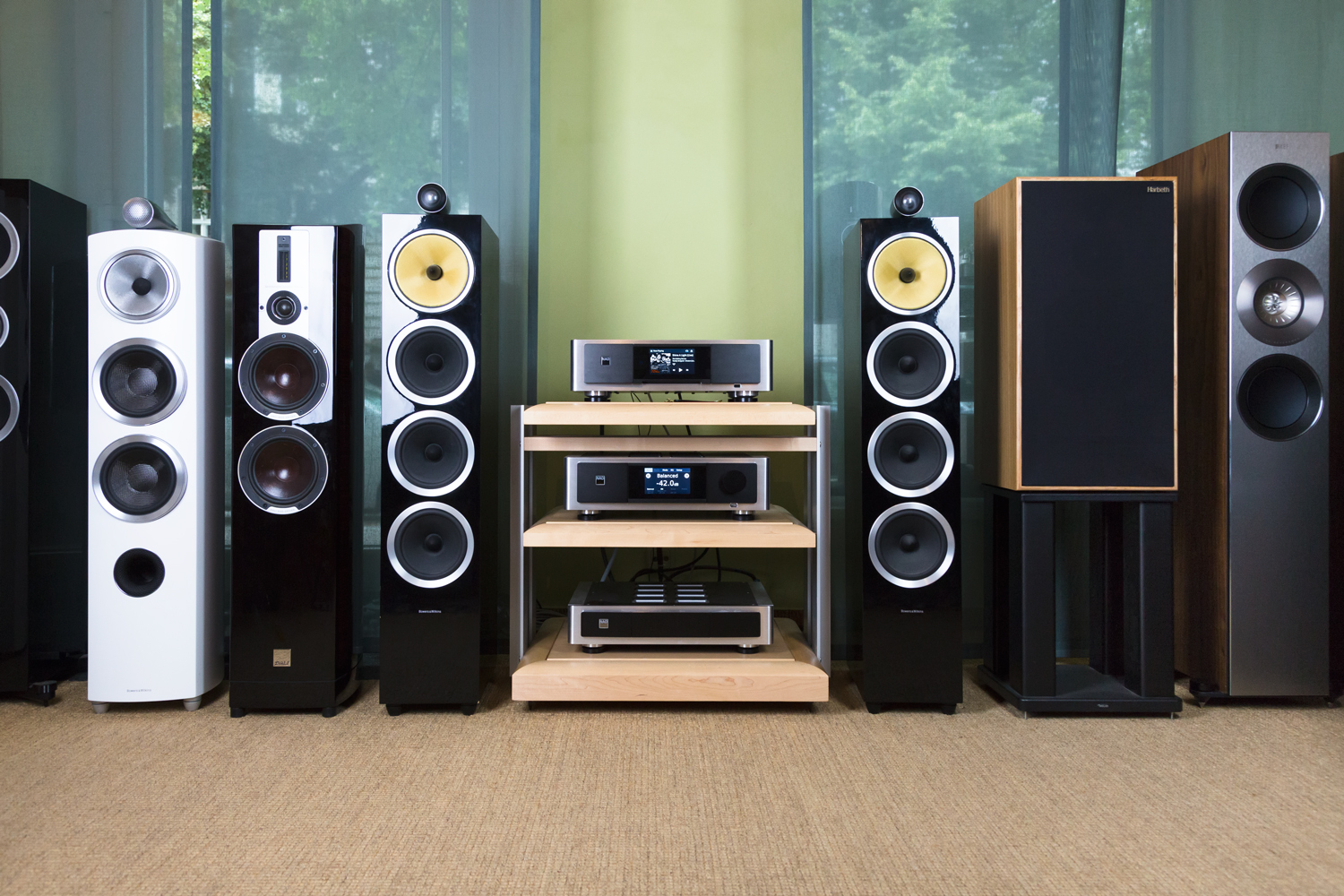 30. August 2017
After years of development, NAD Electronics have launched their masterpiece: The Masters Series. With this range, the HiFi brand has forged a new acoustic dimension. Through the bluesound integration, the series creates a comprehensive music system throughout the living room. For an insight into the high-end series, we present the M50.2 streaming player and the M32 solid-state amplifier.

NAD Electronics, NAD, was founded in the UK in 1972 and has been part of the Canadian Lenbrook Group since 1999. The acronym NAD stands for ‘New Acoustic Dimension’ and emphasizes to the requirements that the manufacturer places on his devices: they should have a new acoustic dimension.
In a small office in London, the idea arose of developing outstanding amplifiers as an acoustic alternative to the then rapidly spreading mass products of the hi-fi industry. Therefore, not only was the design involved in the design, but also the development of the individual components, and above all the sound adjustment. This means that the individual devices have been optimized in terms of sound-relevant criteria, since the music should always be at the top of the box. The product development is still determined by the sound quality.

As expected from a digital music player of today’s generation, the Masters M50.2 streaming player archives and plays music files at up to 24 bits/192 kHz. In addition, CDs can be ripped and stored on the two internal hard disks, each with a storage capacity of 2TB. Characteristic for NAD products is that most of the functionality is in the software and not in the hardware. So also with the M50.2. This means that, for example, audio codecs, if new, can be updated by changing the software module. The software can be upgraded as required, which makes the Digital Music Player a long-lasting companion.

At digital outputs, the Streamer AES / EBU, SPDIF in optical and coaxial design as well as HDMI. The latter is rather unusual for an audio component: the HDMI output can be used for the transmission of digital audio data, the clock signal being optimized since the transmission takes place in the i²S method. Furthermore, a USB output as well as an input are available for connecting mass storage devices.
The connection to the network is wired or wired wirelessly.

The M50.2 is operated either via the TFT touch screen display on which the covers of the tracks played are displayed, the remote control or a smart device on which the app has been downloaded.
The operating system is BluOS. Whether from CD, a streaming service or a download portal – with the free BluOS remote app, you navigate the M50.2 through all the playability and the no load time. The files are, so to say, put together in a single playlist. Supported are the popular formats like MQA, FLAC, alac, wma, aac, mp3 and many more.
In addition, Streamer can be wirelessly connected via Bluetooth to tablets, smartphones and compatible computers. Support for the Roon Labs music streaming service is integrated. It also provides access to Tidal, Spotify, Qobuz, Deezer, Internetradio and others. The M50.2 is compatible with all Bluesound players. Thus, it can be used as a source for multi-room systems, so that the own music collection is ready to play for the entire living space. The streaming player requires only a D / A converter, a digital amplifier or a digital active loudspeaker. It is a versatile and excellently sounding music source.

The M50.2 is the perfect feeder for the M32 amplifier – the ideal combination of the component pre amps and power amplifiers. Like the streaming player, the M32 is a powerful network component with HD streaming, MQA recording and Roon support. It also has a large TFT touch screen display and can be navigated through the BluOS app.

The in-house MDC technology (Modular Design Construction) allows for individual configuration. This means that the Master M32 can, for example, be supplemented by the optionally available BluOS module in order to use its streaming function. Audio files can be played over the local network. Internet radio and streaming services are also reproduced and smartphones and tablets connected wirelessly via Bluetooth aptX.
The inputs are also located on the interchangeable modules that the MDC technology entails. Four slots are available and three of them can be configured as required. The standard equipment includes a digital AES / EBU as well as two optical and coaxial digital inputs. Furthermore, an asynchronous USB interface is available to connect a computer and thus integrate digital music sources. Analogue feeders are fed via the RCA connectors. In addition, the device has a high-quality headphone amplifier. Even a phono pre-amplifier for MM systems is available and the pre-out outputs can be connected to subwoofers. The remarkable error correction and the adjustable impedance of the full amplifier naturally benefit these characteristics. This is due to the M32’s DirectDigital Feedback Amplifier Technology (DDFA) developed in collaboration with Cambridge Silicon Radio (CSR). The amplifier brings every loudspeaker to maximum performance by ensuring that the power is quasi-free from distortions to the speakers and the volume level is controlled in a controlled way. A short signal path is converted to the analog signal only at the loudspeaker terminals, of which the M32 has two pairs.

NAD devices are products created by music and film lovers for music and film lovers. In addition to the classic audio devices, the manufacturer also produces multi-channel audio-video devices, and in some countries even speakers can be purchased. If it is something more than the products presented here, the combination of the preamplifier M12 and the power amplifier M22 gives an even better sounder experience.
We would like to invite you to get to know the equipment!