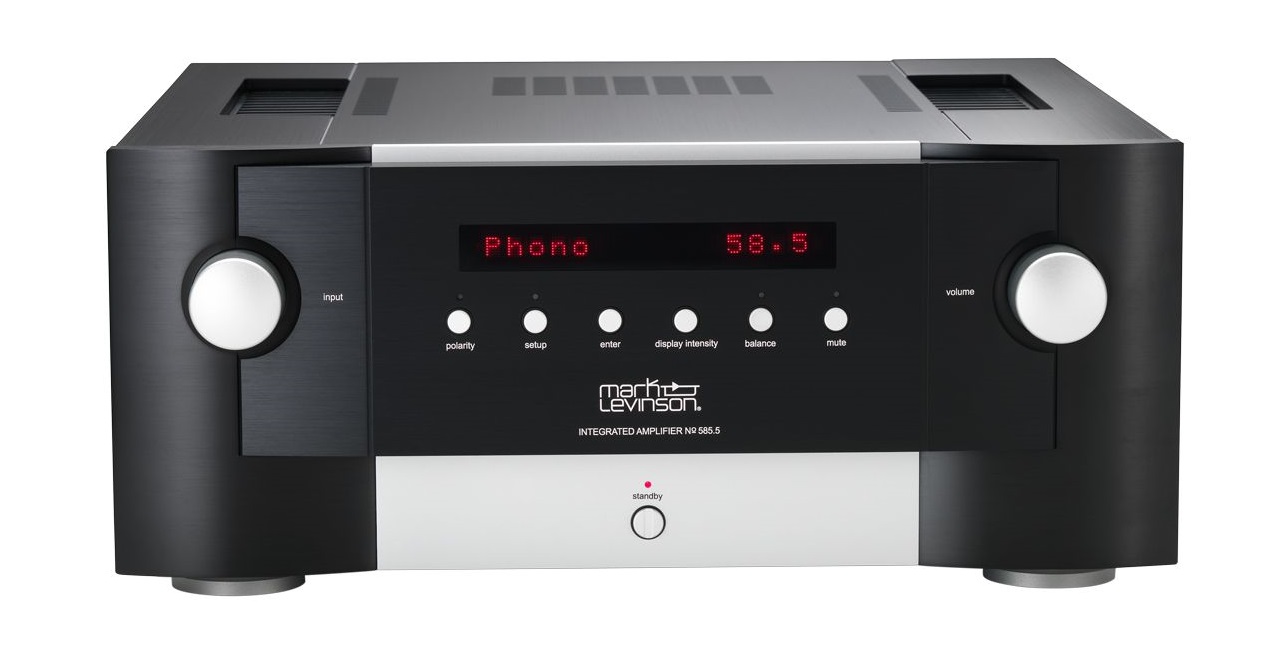 The Mark Levinson No. 585.5 is an integrated amplifier that offers everything from analog playback to digital high-resolution quality. An integrated phono stage is the icing on the cake and makes the high-end model a versatile play partner.

It has been quite some time since we presented the Mark Levinson No. 585 together with other large full-range amplifiers from our demonstration. In the meantime, Mark Levinson has developed the successor to the High Ender. Technically the new one is based on the No. 585 and also optically the No. 585.5 doesn’t differ very much from its older brother. The metal case of the model looks as modern as ever, the control elements invite you to control it. What has also remained is the massive appearance of the full amplifier, which now has a high recognition value. On the technical side, however, other innovations have also been taken into account.

The target audience of the No. 585.5 are on the one hand all vinyl lovers thanks to the Phono-MM/-MC preamplifier (the Pure Phono module), on the other hand, users of digital sources owing to the outstanding D/A converter (Precision Link DAC). This speaks for the flexibility of the full amplifier.

The analog circuits of the No. 585.5 are balanced. The heart, in turn, is the Class A/B amplifier with 900VA toroidal transformer, which rests in its own housing so as not to influence the signals. (The types of amplifiers, including Class A/B, we have already broken down some time ago.) Also noteworthy is the Harman Clari-Fi Music Restoration Technology integrated into the integrated amplifier. This is a software that plays compressed digital data with considerable quality enhancement. Even listening to lossy files becomes a sound greeting.

The No. 585.5 has four analog inputs; a balanced XLR jack and three unbalanced RCA pairs. Digital source devices can be integrated in a variety of ways. The integrated amplifier offers optical and coaxial S/PDIF interfaces, AES/EBU and USB for direct connection to the computer. The controls are similarly user-friendly*, as all settings of the No. 585.5 can be made both via the remote control and on the device itself.

What About The Sound?

How the device sounds is, of course, the most important question at the end of the day. The outstanding feature of the Mark Levinson No. 585.5 is the clarity of its sound. Songs are presented over their entire spectrum as extraordinarily harmonious. This means that both the ups and downs sound well-founded and powerful. Convince yourself of this by listening to it in our HiFi studios.