A few months ago we were asked whether we could do an experiment for the music magazine Musik Express: three different test candidates listening to different pieces of music in succession in each case on record, CD and MP3 and exclusively on the basis of listening to check out in which order the different formats have been played. The article is now available in the current issue of the magazine to read to the experiment, but we also have some impressions recorded in words and pictures.

As a venue for the listening test we chose our HiFi gallery and set-up a high-quality test facility. Our goal was to provide a technical point where the relevant intricacies of different playback media can actually be detected and displayed. We decided to entrust the CD playback a Musical Fidelity M3CD and for the records we chose a combination of Pro-Ject Xtension 9 and Pro-Ject Phono Box RS. Proper playback of MP3 files took place with a player from TrekStor, the music Express Team had already filled in advance and brought. All source signals running in the Mark Levinson No. 585  which in turn prepared this two KEF Blade Speakers. Unfortunately, it was the test candidates were visually denyed the aesthetic pleasures of the demonstration being left to listen from behind, so they had to sit on our couch in an unusual orientation.

As one can see in the pictures, our experimental set-up is not the most rigorous demands on a scientific experiment was despite rotated couch course justice. Theoretically, it would have been determined possible throughout precise observation or -Hear (on the art, not the music) to sense the currently playing source device. However, the intense discussions after each played version clearly showed that the three test candidates have either not done this or it does not have at least helped them. 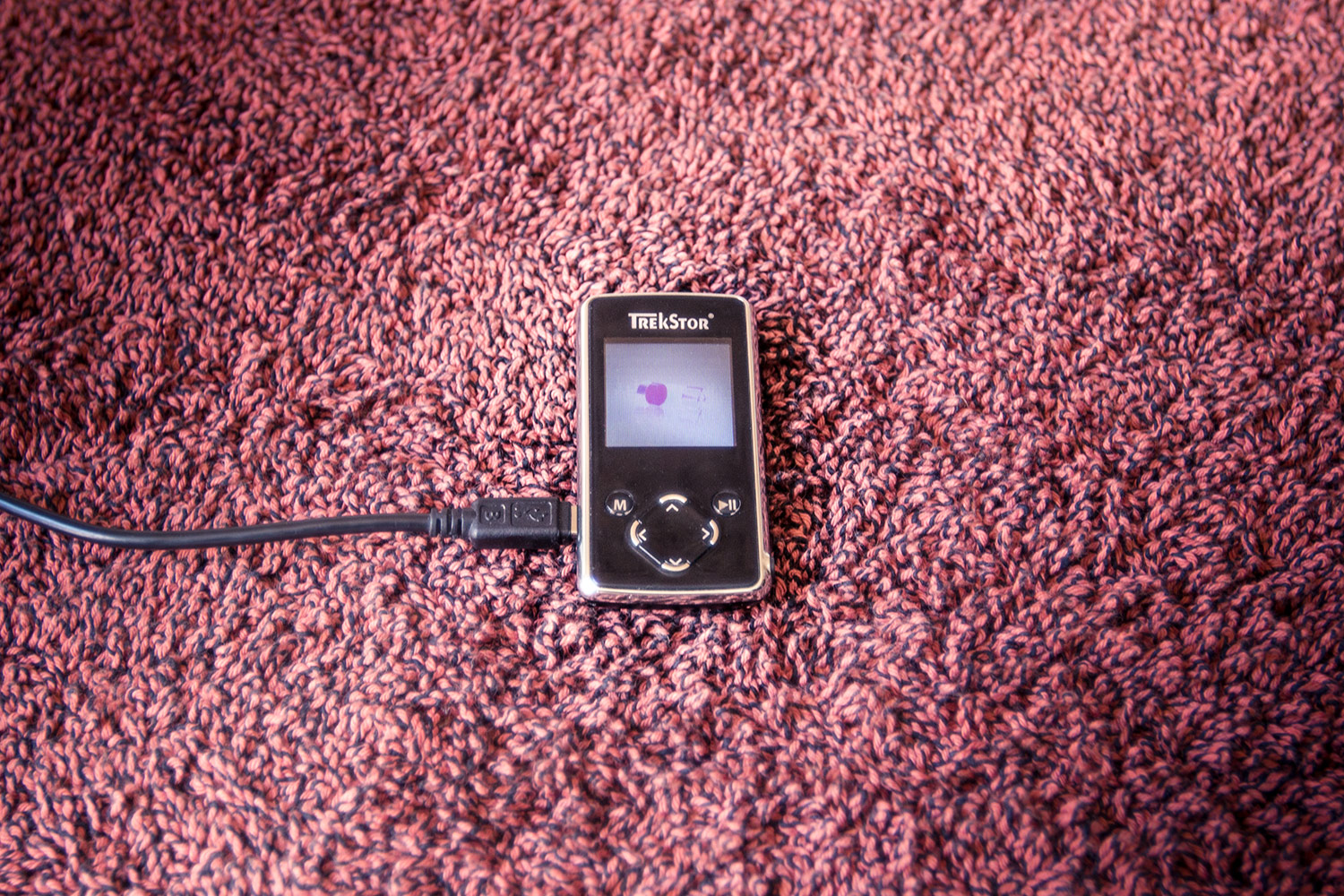 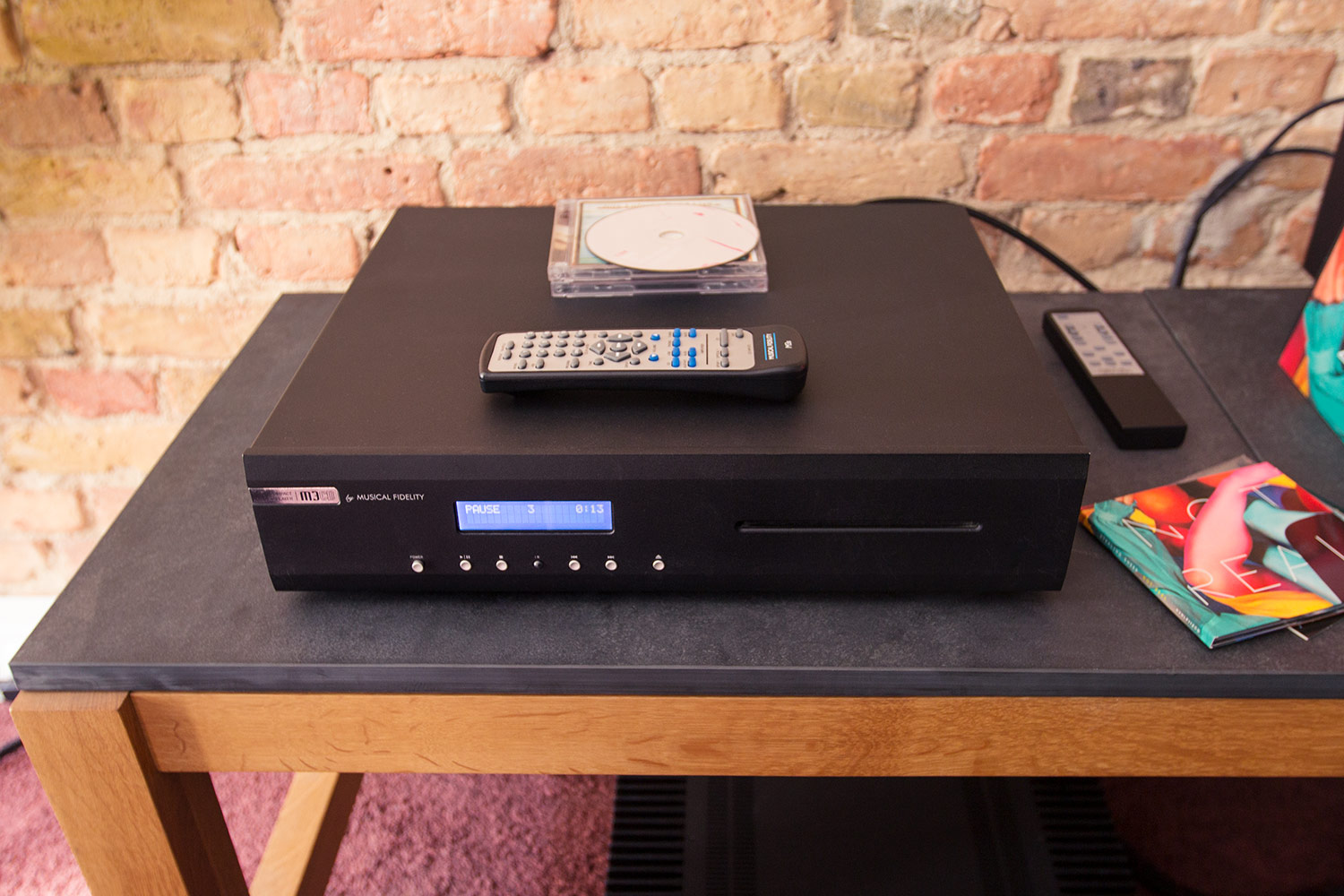 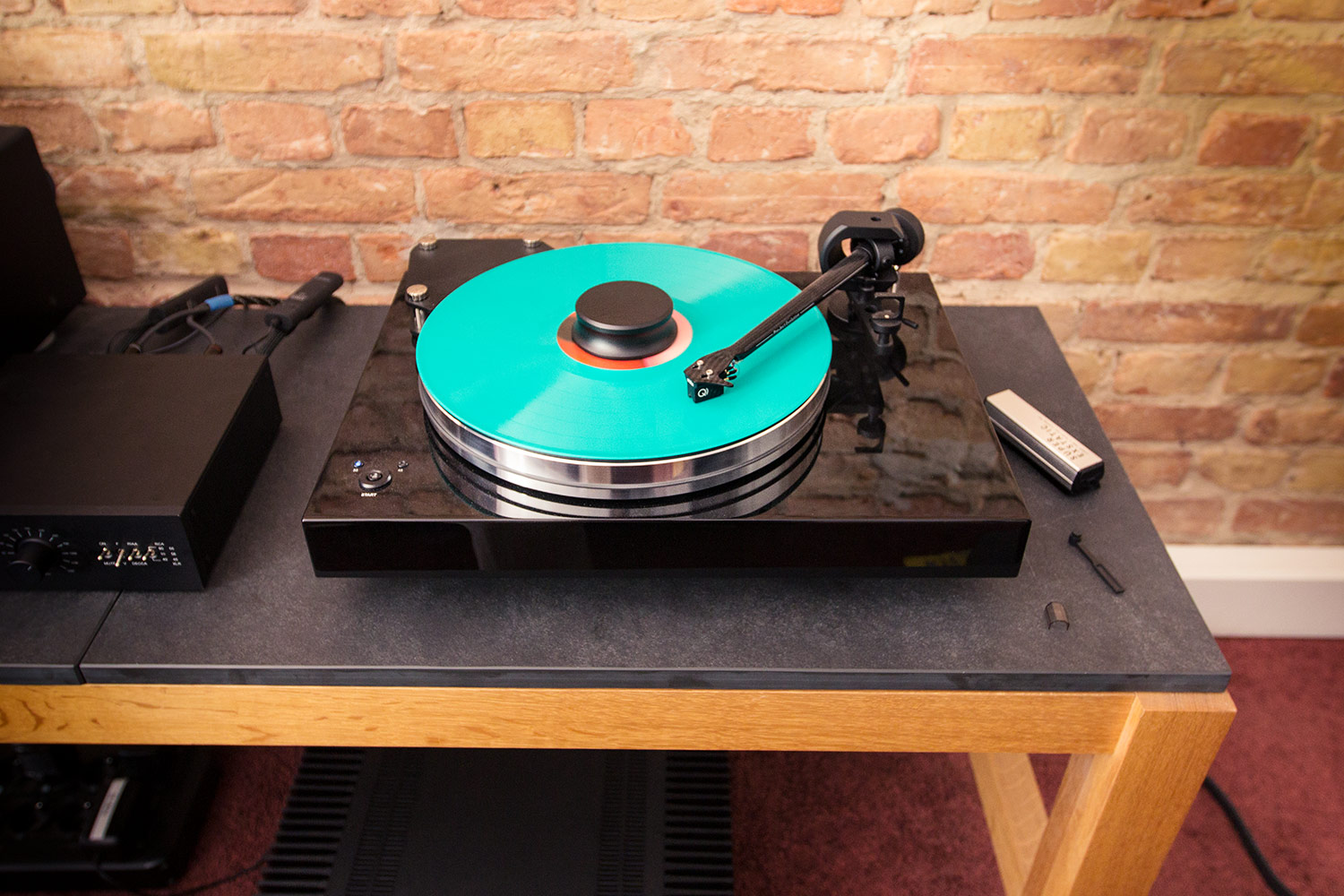 As already mentioned, we played a total of three titles, which were always only reproduced and discussed all three versions of a song before we went to the next track. The material was selected and brought from our guests, it was the title “Not Real” from Stealing Sheep, “Hitchhike” by Chuckamuck and “Sintra” of Flume. Certainly can discuss how the music selection has influence on the difficulty and thus the outcome of such an attempt, and what criteria they should meet at best. In this specific case the material was certainly given. We were neither an advisory capacity nor can we judge what considerations have in putting together played a role. In general it can be stated that among the three candidates rarely really was consensus with regard to the order of the formats being played and also the individual opinions during the discussion ranged over again. One finding of the experiment is so definitely how difficult it is to classify perceived or real perceived differences qualitatively and ultimately assign a specific format. The MP3 versions have tended to most likely exposed as such, but even this format came during the meeting phase and sometimes even as the sounding best variant in question.

Moreover, it should be noted that the common stereotypes regarding the sound properties of individual media as a guide in classifying played the decisive role. Vinyl has been associated with attributes such as warmth, richness and a touch more quality, especially at low frequencies in conjunction. Once these properties could be identified in one of the most played versions, the assumption was not far off, that here just had to rotate the turntable. The mp3 format tried the test candidates generally when the sound supposedly missing something or the total sound as inferior, such as “tinny”, was perceived. The assumption that it was to the CD version, has tended to be expressed when spontaneously identify no clear direction was – the golden mean, so to speak. This paid off in practice, in particular in distinguishing vinyl and CD, not always.

Overall, here were therefore relatively clearly from the typical opinions of the last year. During this medium was represented by an enthusiastic Lobby as part of the ongoing Vinyl trends and a certain distrust of the mp3 file remains comparatively little is talked about the CD, if not once again come to an end is postulated.

Due to the obvious difficulties in identifying the individual formats, which clearly speaks for the fundamental quality of all three technologies, actually the only option is to take a conciliatory Conclusion: In contrast to their early ancestors, it concerns with current vinyl pressings and systems to an excellent way quality play music. Quite similar is the case with the CD, defined their level of quality, even in times of digital high-resolution digital formats “Standard”. The compressed mp3 format might not be the first or only choice for every situation, yet it is high, especially at high bit rates, apparently good enough to plenty of confusion in the identification on the basis of mere listening effort and continues to provide relevant advantages in terms of practicality (storage space, upload and download rates, etc.).