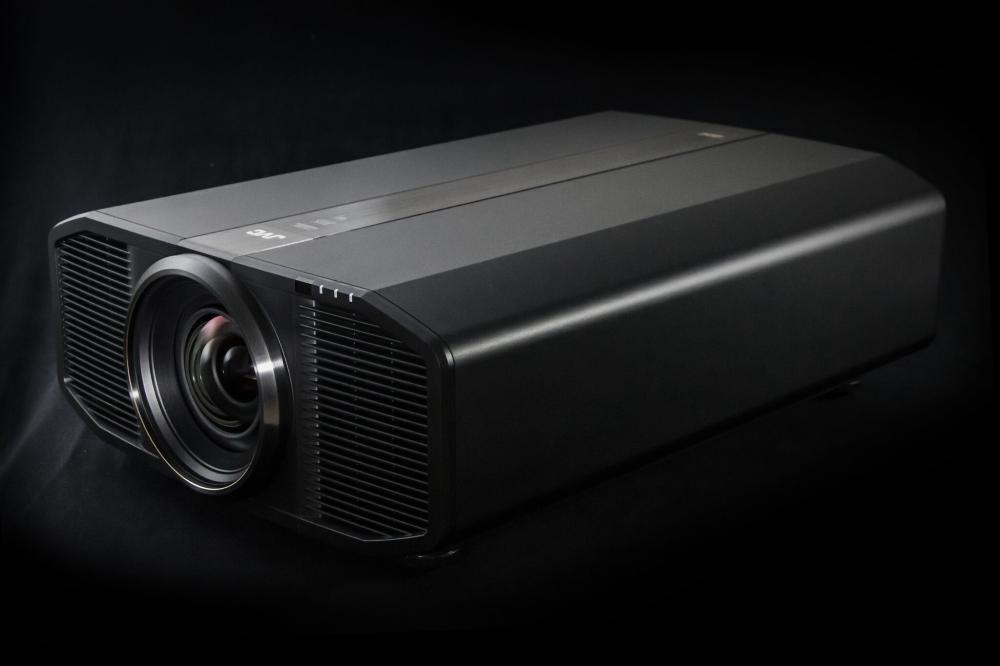 22. September 2016
The first D-ILA Projector JVC had already been developed in 1997 for professional use. Since then, the technology was steadily pursued until this year the smallest D-ILA panel hit the market with true 4K resolution and "Blu-Escent" Laser/phosphor technology. At the IFA 2016 in Berlin, the new 4K laser projector DLA-Z1 was introduced by JVC. Of course we'll take a look at the model!

With the D-ILA – the acronym for ‘Direct-Drive Image Light Amplification’ – is a technology developed by JVC involving a liquid-based technique that is similar to the well-known LCD technology. D-ILA is different from LCDs in that the liquid crystals reflect light and aren’t screened. Comparable to the LCoS technology ( “Liquid Crystal on Silicon”), the liquid crystals are mounted on a silicon substrate. The LCoS display consists of a silicon film with a layer of liquid crystals and a thin pane of glass. JVC has continued to develop this so that each D-ILA projector microdisplays includes mounted on a D-ILA chip – one each for red, green and blue.

Besides D-ILA is the laser light source, which is called JVC “Blu-Escent”, the key of the new projector. This technology is the combination of a blue laser with fluorescent, inorganic phosphorus. Blue laser light is directed onto a dichroic filter and is incident on the blue D-ILA chip, thereby radiates this light. The remaining blue laser light strikes the phosphor plate, which radiates yellow light. This is separated into green and red components and impinges on the corresponding green or red D-ILA chip. From the full image. By combining D-ILA technology and “Blu-Escent” Laser / phosphor light source, a very high brightness projection of 3,000 lumens is realized. The laser brings a lifetime of 20,000 hours with what is a big advantage, because it will save you the constant renewal of the light bulb.
This projector with HDR content is compatible, he served in HDR10- and hybrid log standard.

Design and Function of the New Projector

The DLA-Z1 has reduced a symmetrically constructed housing in matt black paint, the reflections. At the back of the device a big fan and controls are mounted as an addition to remote control.
In an aluminum body is located at the front an all-glass lens having a diameter of 100 mm. This is a high-quality glass lenses, which guarantee a perfect convergence and optimize the light output.
The lens enables a vertical and a horizontal lens shift. Thanks to the lenses, the pixels are even ready to detail at the edge of the canvas, which provides excellent image sharpness.

The light power of the laser can be thanks to “Dynamic Light Source Control” according to the brightness of the scene control, supporting the balance of contrast.

Of course, the model has a motorized zoom, lens shift, focus and lens memory. A total of ten memory locations are available to retrieve settings for picture format by pressing a button can.

The newly developed lens and the new filter Cinema promises the projector vivid 4K images with excellent image quality and extraordinary attention to detail. This is supported by the fact that the DCI-P3 cinema color space fully displayed and is BT.2020 covered about 80 percent.

Furthermore, the projector has the Multiple Pixel Control technology, which is responsible for the upscaling. Thus, the SD / HD are netted signals without e-Shift on the 4K resolution for the first time.

In addition, the latest model from JVC’s 3D-capable (120Hz). Optional is obtained as an accessory, the 3D shutter glasses PK-AG3 with radio signal transmission and the 3D transmitter PK-EM2.

Not least also the firmware update especially convenient because it is here at JVC first time via USB possible. The DLA-Z1 is an absolute high-end device for the discerning cinephiles, the currently i.a. sets with its impressive laser light source and its remarkable longevity, the great upscaling, the HDR compatibility and last but not least the quiet fan noise standards in projector technology.