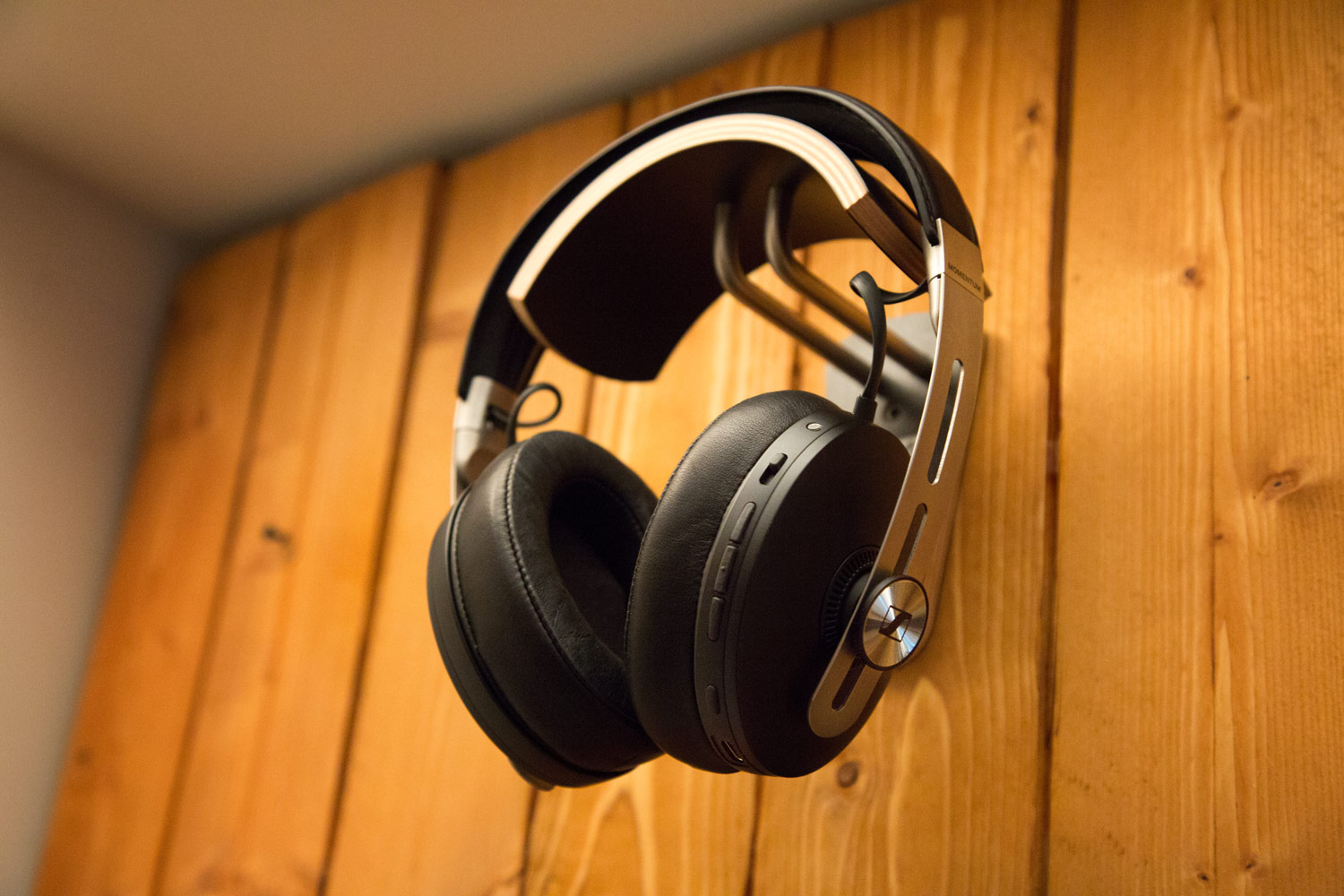 "Making the good even better" could have been the motto for the new edition of the popular Momentum Wireless 3 noise-cancelling headphones from Sennheiser. And we can say this much in advance: the mission was a success. What improvements the portable over-ear headphones have to offer in detail is explained in the following article.

Let’s start with a few remarks about the design and feel of the Momentum Wireless 3. The Sennheiser team has only made very careful changes in this respect. For example, the recess in the headband of the predecessor model is a thing of the past, which makes the entire Momentum look a little more modern. The area around the anchorage of the ear cups to the metal rail, which can be used to adjust the size unerringly, now also has small openings all around. Below these are the outer microphones for the active noise cancelling function (see below).

The padding with the high-quality sheepskin cover ensures a comfortable wearing experience over longer periods both on and on the sides of the head, whereby the (exchangeable) elements on the shells are made of memory foam material and adapt to the individual contours of the side parts of the head. The shells, which are now slightly more generous according to customer feedback, can of course be folded back so that the Momentum Wireless 3 can be compactly stowed in the newly designed carrying bag. In summary, the combination of leather, stainless steel and the robust, matt plastic shells creates a harmonious whole, the workmanship is rock-solid and designed for the long term.

The greatest innovations concern the functions and operation of the Momentum Wireless 3. Technically, a lot has changed in the world of Bluetooth headphones since the release of the second model generation and so it is only logical to catch up to the competition in this respect. Let’s first take a look at the controls: As before, these are located at the edge of the right shell, but the layout is new. At the top are the status LEDs and a slider with three positions, which determines the degree of noise-cancelling or deactivates it completely. This is followed by three-volume buttons and a multi-function button for starting or pausing playback, answering calls, and so on. The ensemble is rounded off by a button that activates voice assistance or initiates Bluetooth pairing, a USB C socket for charging and data transfer and a 3.5 mm jack socket. A button for switching on and off has been omitted, Momentum does this automatically when collapsing. Unfortunately, there is no other possibility.

After we have already mentioned the Noice-Cancelling several times, we now come to the details. In total, there are three variants available: “Maximum” reduces ambient noise most effectively, “Anti-Wind” works a little more gently when the noise level is at a lower level, and “Anti-Pressure” primarily aims at avoiding the annoying feeling of pressure that noise can sometimes cause. In addition, there is a transparency mode to make ambient noise audible when noise cancelling is activated. There are two options: Either the audio playback is muted or both signals are mixed.

On the headphones themselves, the preset noise cancelling intensity or transparency mode can be selected or completely deactivated at any time (3-way slider). The Sennheiser Smart Control App for iOS and Android, which also offers an equalizer for personalizing the playback and has a number of other settings available, determines which of the above variants is used. The intelligent pause function, for example, pauses playback when one of the shells is lifted. The Momentum Wireless 3 can also be connected to the system-internal voice control – Siri under iOS, Google Assistant (and in the future Amazon Alexa) under Android. A further third-party app is not necessary for operation, but is supported: With the Tile App you can find your headphones faster, if you have ever misplaced them. One more word about the Bluetooth implementation: The standard codec (SBC) as well as aptX, AAC (Apple) and aptX Low Latency are supported, whereby the latter especially improves the synchronization of audio and video (video streaming, gaming). The Momentum battery lasts about 17 hours, then a forced pause at the charging station is due.

When it comes to sound, Sennheiser is usually on the safe side. This also applies to the Momentum Wireless 3, which succeeds in presenting a well-structured stage even with complex material, while keeping dynamics and timing under control at all times. This is especially true for the bass range, which offers a good mixture of precision and energy. This is accompanied by an exemplary midrange drawing as well as a pleasant tuning of the treble, which never tips over into the harsh, so that the overall result is a coherent whole that is really fun. The noise cancelling also does its job well as long as you’re not constantly surrounded by very strong ambient noise. Incidentally, the Sennheiser headphones also master telephone conversations without any problems.

The Sennheiser Momentum Wireless 3 is an excellent example of successful model maintenance. If you’re looking for a Bluetooth headset with audiophile appeal, it’s worth taking a closer look – for example at our Headphones Studio in Berlin.