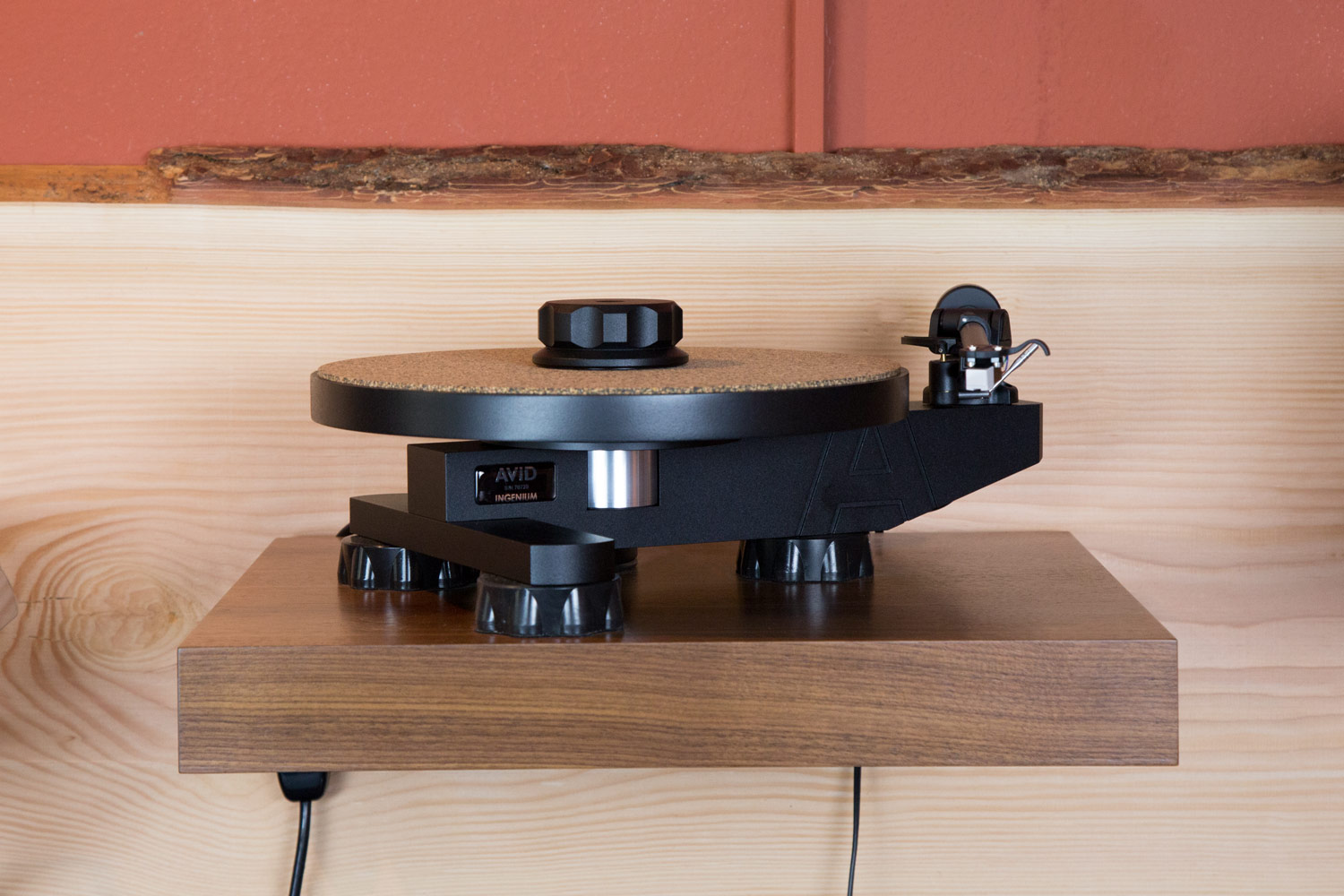 We are always on the lookout for interesting turntables for our phono range - and have once again found what we were looking for: the AVID Ingenium Plug & Play. The minimalist lathe operator with the chic cork mat recently did us a favour during a listening session, now we would like to introduce the device a little closer.

About AVID (A very interesting design)

The British company with the very interesting motto has been involved in the hi-fi market for over 20 years. The company was founded by Conrad Mas with the noble goal to build the best possible turntable and with the release of the AVID Acutus he could be considered as a preliminary finished project – in any case they had made it into the very first league of high-end turner. The manufacturer, based in Kimbolton, Cambridgeshire, subsequently turned to other projects, with the result that it is now possible to purchase a relatively complete AVID chain right up to the loudspeaker. Nevertheless the turntables are still the figurehead of the British and also their latest prank, the AVID Ingenium Plug & Play, falls into this category.

Strictly speaking, the Ingenium Plug & Play is not a completely new development, rather the concept of the original Ingenium has been revised and the Plug & Play version comes, as the name suggests, with a pre-assembled tonearm and pickup system. All you need to do is place the motor, subplate, belt, and plate and you’re ready to go. But one thing at a time: The foundation of the AVID player is a fancy “T”-shaped construction made of powder-coated aluminum, which is characterized by a low mass and enormous stiffness. It rests on three large Sorbothane feet underlaid with felt and is therefore perfectly decoupled from the subsoil. The long element carries the one-piece Rega-made tonearm with pickup from Audio Technica – both, by the way, starting points for possible upgrades. On the other hand, a recess offers space for the inverted platter bearing: The bearing pin is firmly screwed to the aluminum block, and the tungsten carbide ball supplied is placed in the small recess. This then serves as a carrier for the subplate, on which the actual turntable sits. The cork mat mentioned at the beginning serves as a base for the record, the record clamp for fixing the vinyl disc finally completes the setup of the plate. Finally, there is the freestanding motor, which doesn’t have its own power supply and a somewhat peculiar switch directly on the cable. Apart from this optically and handling not quite an optimal solution, the small power pack does its job absolutely exemplary as soon as the belt is placed around the subplate and one of the two running grooves (for 33 and 45 rpm, respectively).

That would be the end of our short introduction of the Ingenium Plug & Play. AVID’s smallest model cuts an excellent figure in terms of performance even beyond its price range, is really fun with its dynamic and direct sound characteristics and also offers a few adjusting screws to get a bit more out of it later.