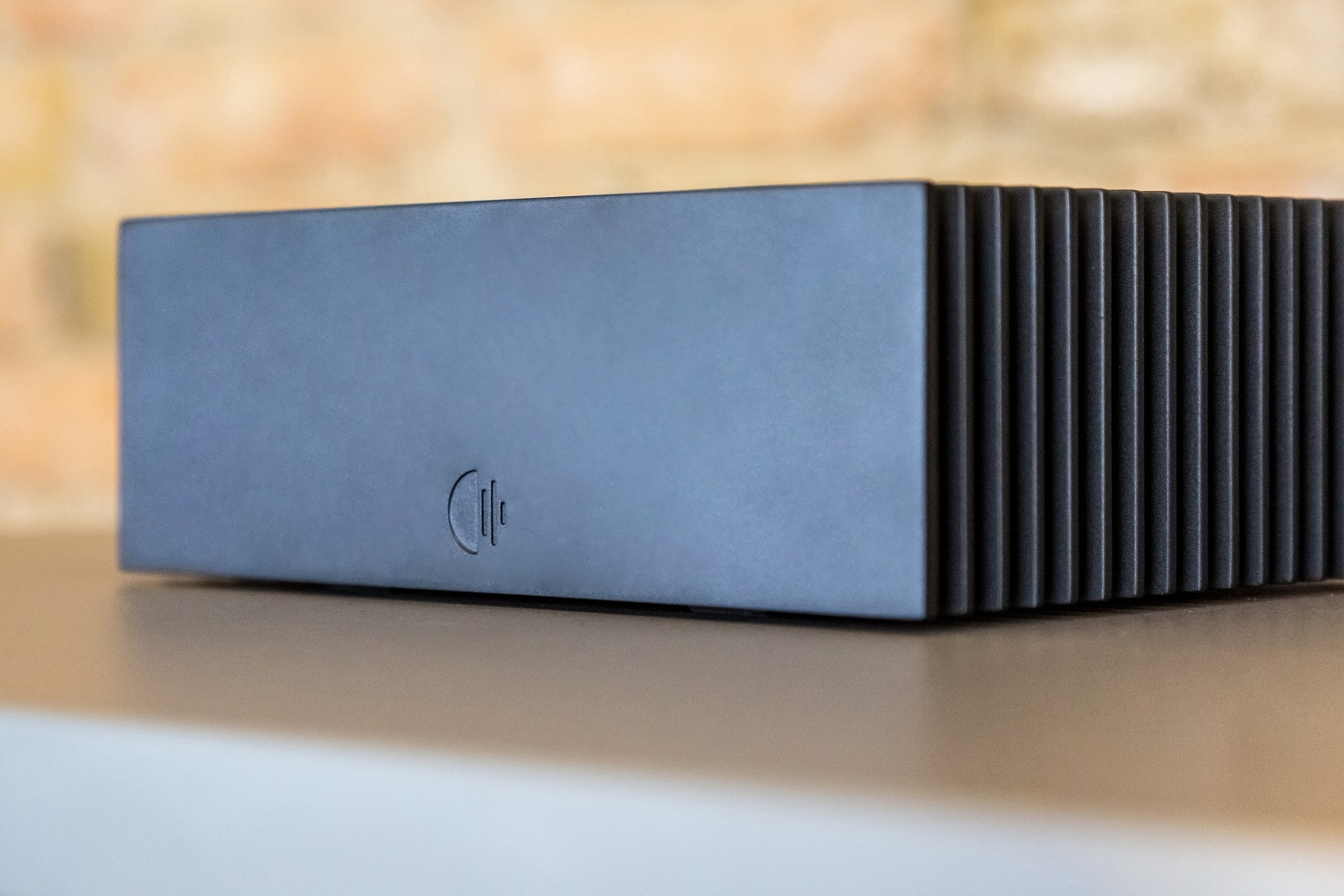 7. March 2019
With the software and platform Roon, Roon Labs has brought a streaming solution to the market that has taken this type of music playback to a new level. The Roon software can be linked to products from a wide variety of manufacturers (such as Auralic, Bluesound, Bowers & Wilkins, Naim) and has since been complemented by the appropriate hardware: the Nucleus+ music server.

Roon Labs have designed two music servers that manage music media, play it in hi-res and support the performance of the Roon software: The Nucleus and the Nucleus+. Since the Nucleus+ is even faster than its little brother, has a higher capacity and is compatible with even more devices, we will turn to the larger of the two models below. What the two models have in common, of course, is that the Roon software is required for use, which is unlocked by entering the license key. It is not included in the scope of delivery.

In developing the Nucleus+, Roon Labs partnered with Intel, the U.S. semiconductor manufacturer, to optimize the server in terms of design and functionality. The result is a device that does not require a fan at all. This works because the grey-black aluminum housing acts as a cooling plate and thus creates temperature equalization. An almost industrial-looking small box was created, which finds an inconspicuous place on the shelf.
Of course, compatibility with as many partner brands as possible is Roon’s credo. This is demonstrably reflected in the connections, for example, there are no more analog outputs. No light comes on at the front and all connectors are on the back. These are a mains connection, Thunderbolt, and Ethernet connection, two USB 3.0 ports and an HDMI connection that is both stereo and multichannel capable. Music is therefore fed in and played via the Roon software, USB, HDMI and streaming platforms from the internet.

Backed up briefly: The original Roon software consists of three components. The central server is responsible for the administration of the data and previously ran on the computer. The app controls the software and the output medium plays the music. With the Nucleus+ the last gap in hardware is closed: The model itself contains a 128 GB hard disk, but can also be expanded with a hard disk to make the memory even larger. All formats from MP3 or FLAC via WAV to DSDs can be played back in DSF format. The Nucleus+ is server and player at the same time.
Since no moving parts are used in the music server, the impressive sound experience is not affected. Also, a fan is not audible, because it is not present. Thus the guarantor for a great hearing experience is created.
Roon OS, the software of the Nucleus+, has been completely rewritten based on the Linux operating system. It is updated and managed over the Internet, ensuring the Nucleus+’s long-term usability. It is controlled by the Roon App, which is available for Android and iOS, or by the Windows PC and Mac. 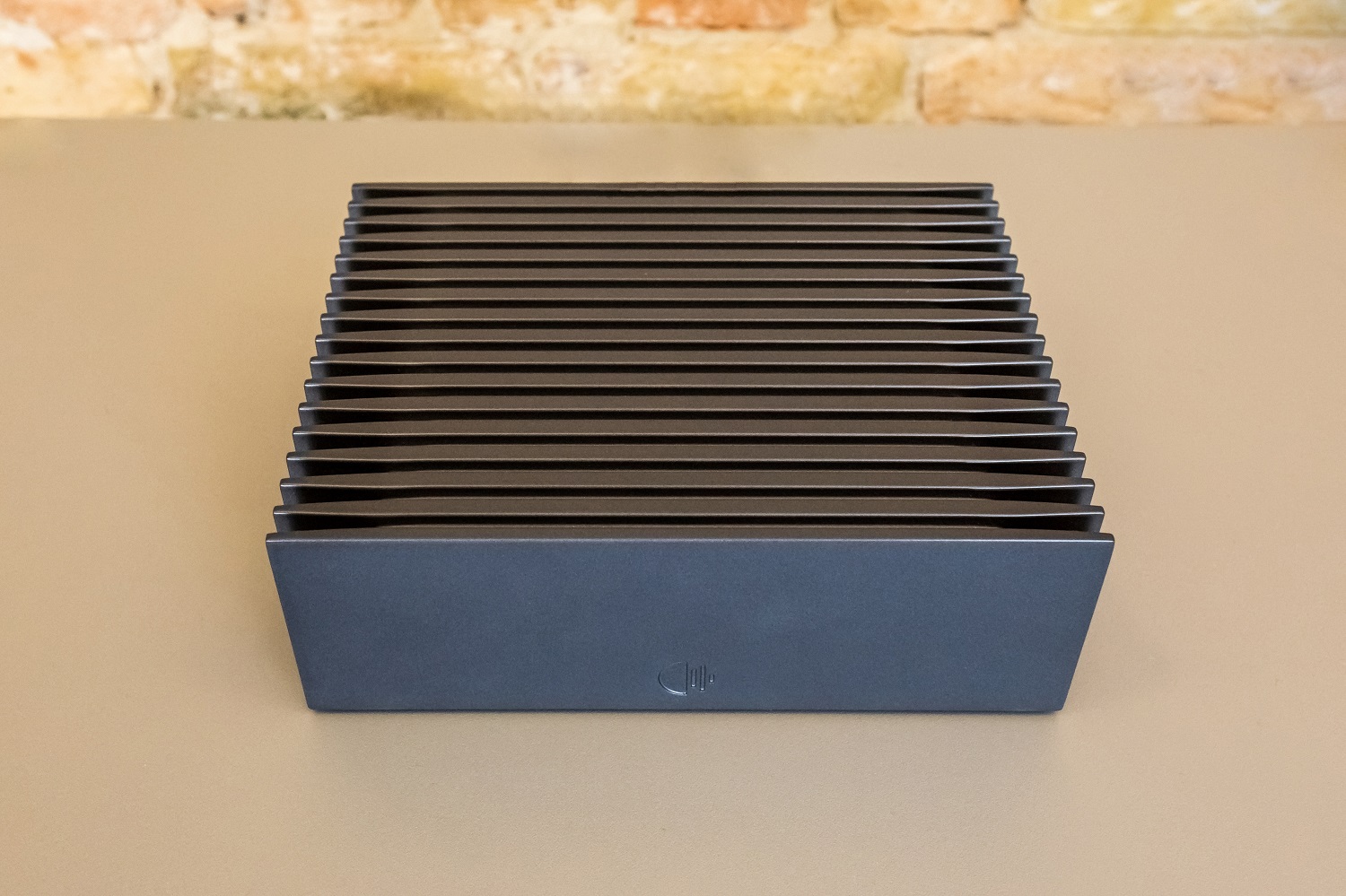 The Roon Labs Nucleus+ is the central server for the entire Roon network. It combines an intelligent operating system with powerful hardware. With the music server, Roon Labs would like to bring the company’s own software (which we examined in detail here) closer to an even wider audience in the most comfortable way possible – and we have succeeded! Anyone who loves Roon will enjoy the Nucleus+ because it combines all the advantages of the software with a wide variety of end devices.

Get Ready For The Launch Of Our New Website!
Image Gallery For Bowers & Wilkins 800 Series D3